Ratchet & Clank on PS4: Where Past and Future Meet 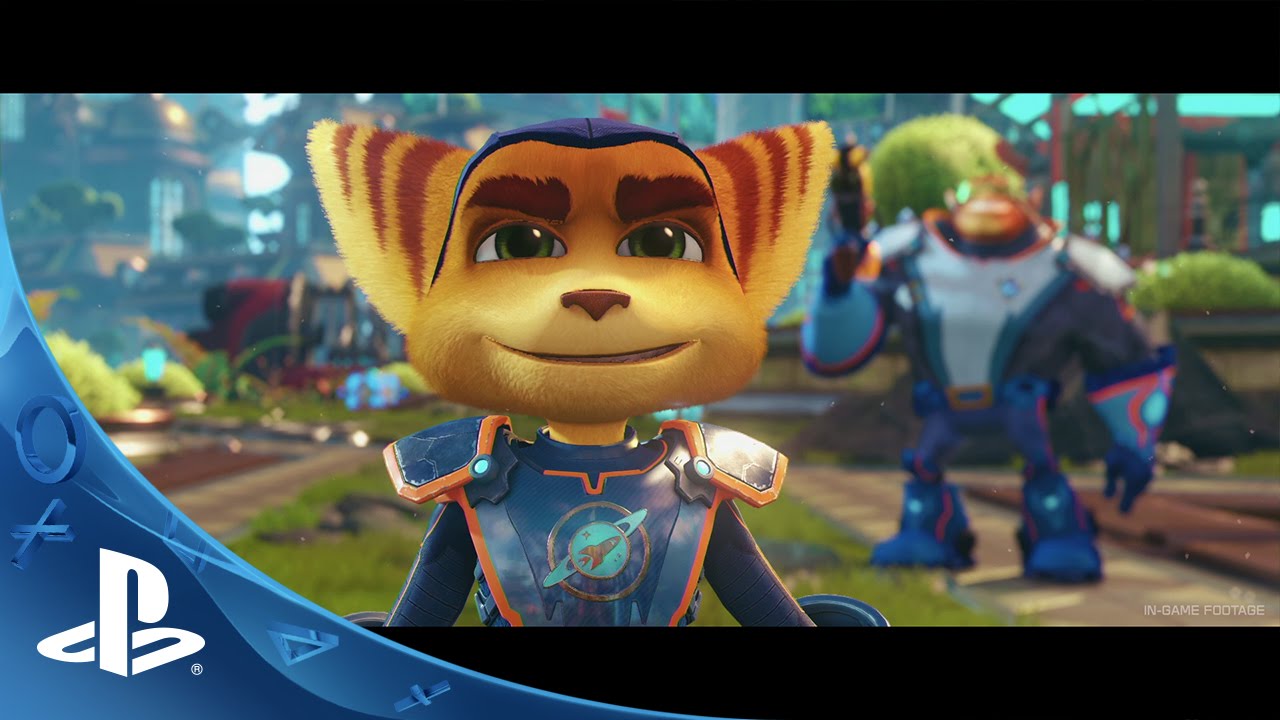 Hey everyone. We know Ratchet & Clank, Insomniac Games, and PlayStation fans have been waiting to get a glimpse of Ratchet & Clank for PS4. We’re excited to bring you that first look today — ahead of its playable debut on the showfloor of E3 next week.

In this trailer, you’ll see a few glimpses of footage from the film, and then your first-ever look at gameplay footage directly from the game coming exclusively to PS4 in Spring 2016. Check it out.

We knew early on that we didn’t want to just up-res Ratchet & Clank for PS2. We started out thinking of Ratchet & Clank on PS4 as a “re-imagining” of the 2002 original, revised to tie in with the deeper version of Ratchet’s origin story (as seen in the film). We envisioned a curated Ratchet & Clank experience that borrowed from the spirit of the classic PS2 games while infusing some of the best elements from the Ratchet & Clank Future games.

We ended up with a new game, with elements based on the original — but now with modern controls, several new planets, new and updated gameplay segments, all-new Clank gameplay, all new boss fights, new flight sequences, and more… all constructed to take advantage of the graphical prowess of PS4. Throw in James Arnold Taylor as Ratchet, and you have a new beginning.

The fresh start means we changed up the arsenal quite a bit as well. As always with Ratchet & Clank games, you battle your enemies with an out-of-this-world arsenal. In the PS4 version of Ratchet & Clank, the majority of the arsenal is made up of weapons that weren’t in the original game. That means both new weapons and fan-favorite tools of destruction from the Ratchet & Clank Future series will fill out Ratchet’s kit. From the brand new Pixelizer (which transforms enemies into explosive 8-bit pixels) to franchise favorites like the dance-party-inducing Groovitron and wise-cracking robotic bodyguard Mr. Zurkon, Ratchet & Clank’s arsenal has never been better.

When we were asked recently to come up for a special bonus for fans that support Ratchet & Clank on PS4 by pre-ordering it, we went back to the list of our favorite weapons that we hadn’t yet brought to the game. In the end, it was a no-brainer, and I’m ecstatic to say that when you pre-order the game, you’ll get access to one of my all-time favorite weapons from Ratchet & Clank: Going Commando… The Bouncer. The Bouncer launches a bomb that releases a plethora of tiny homing bombs that bounce towards targets. One of the most effective and spectacular Ratchet & Clank weapons ever.

We couldn’t be more excited to debut Ratchet & Clank on PS4 and the silver screen next Spring. Help Ratchet and Clank save the galaxy for the first time, again!

If you have questions, we’ll do our best to answer them in the comments below.