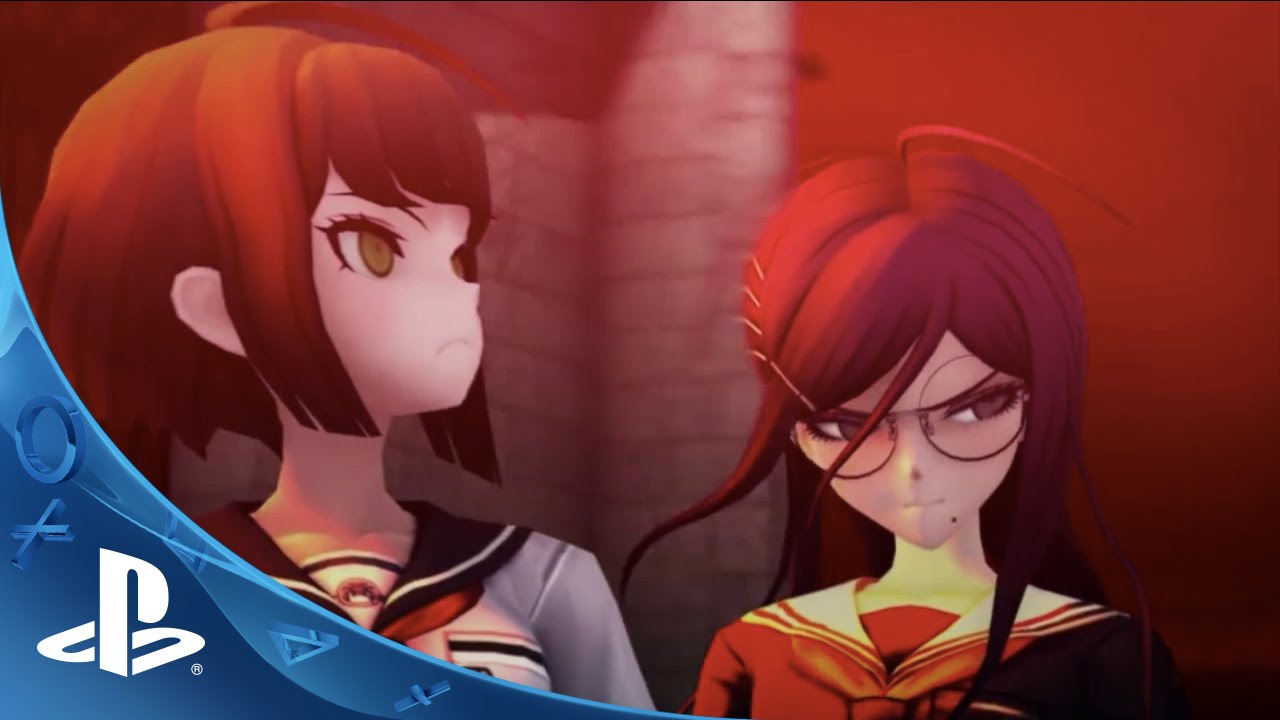 364. That’s how many days between Danganronpa 2: Goodbye Despair’s launch and September 1st, the day you’ll finally be able to get your hands on Danganronpa Another Episode: Ultra Despair Girls in North America — exclusively for the PlayStation Vita.

If you played the first two Danganronpa games, then I’m sure you’ve been waiting with bated breath for the third entry in the series. And if you’re one of those poor souls who never played a Danganronpa game, well then… it just might be time to join dis bear! Still not excited? I think our new trailer will scare you straight.

The first two Danganronpa games had a slower pace. You weren’t running away from robotic bears. You were combing through rooms for clues, deciphering suspects’ words for inaccuracies, and shooting out Truth Bullets to pinpoint murderers. This new episode in the lauded Danganronpa series brings its deep and twisted storytelling to a new genre.

This time, you’re playing as Komaru Naegi and Toko Fukawa as they try desperately to escape a city filled with despair. Komaru has been equipped with a megaphone — a hacking gun — that generates Truth Bullets which you’ll use to defeat Monokumas and manipulate puzzles while racing through the streets searching for answers.

The situations you find yourself in are varied and intense. Luckily you’ll have a whole host of Truth Bullets at your disposal as you make your way through the terror that fills Towa City. You may find yourself caught in an alley with no escape only to make use of Dance to create a rockin’ (Scary?) dance party. Of course, sometimes you may find it best to create some chaos by chaining together targets with the electric power of Paralyze, and then lighting them aflame with Burn. 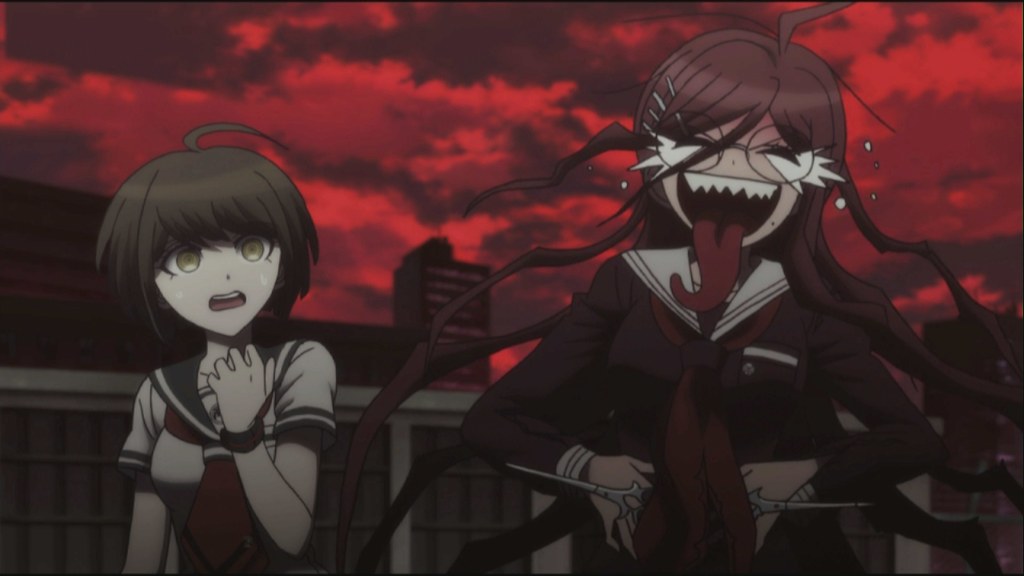 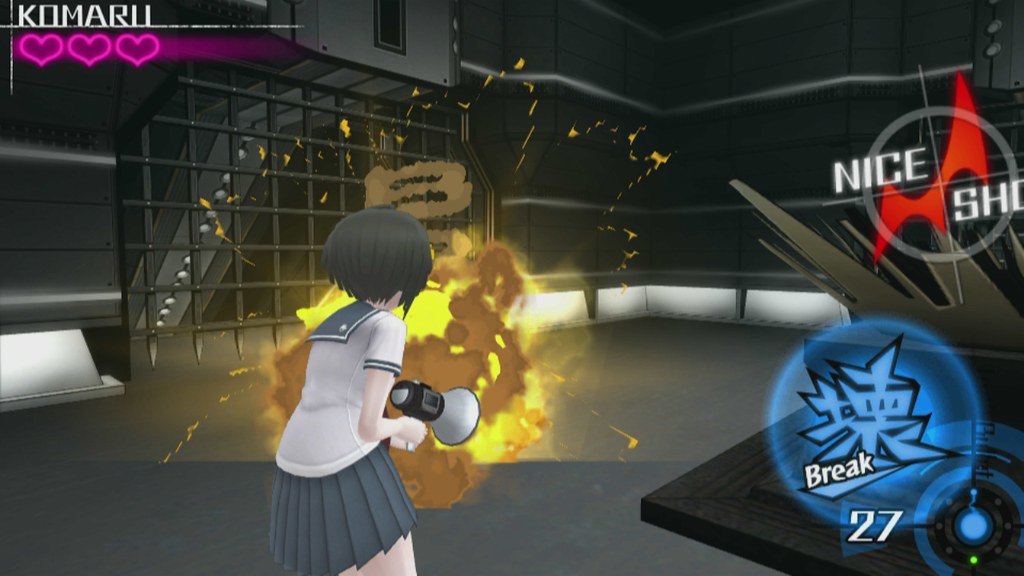 And then there’s Toko. Armed with her own madness, the way she clears a path can be a touch… crazy. Using a stun gun, she can force herself to switch personalities and become Genocide Jack. I don’t know about you, but a nigh-invincible mad woman wielding scissors that can tear robotic bears to bits scares the bear-jeezus out of me.

A lot of shooters have a tendency to overlook the story, or make it almost impossible to really become invested in the characters as you race about shooting everything in sight. Danganronpa Another Episode has changed up the pacing enough that both the story and the characters really stand out.

Between a mix of puzzles, battling Monokumas, and expertly written exposition sequences, it’s actually hard to not become lost in the struggle between hope and despair. Like the first two games, I’ve written off seemingly wonky characters at first blush, only to find myself rooting for them later, or hating them intensely thanks to how well they’re written. Characters are likable and real — if sometimes completely off their rockers. 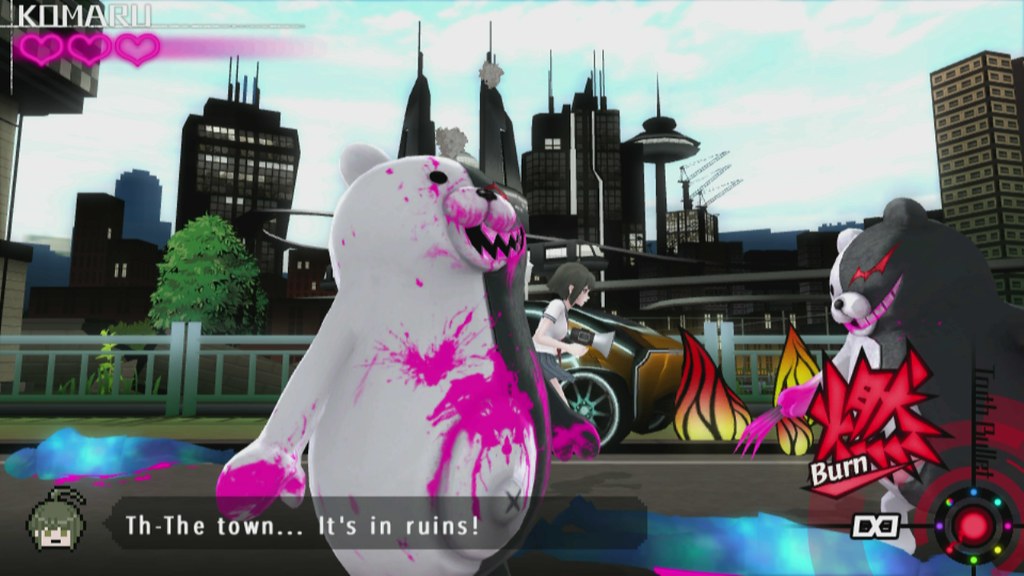 You’ll be able to join the despair that is Danganronpa Another Episode on September 1st when it hits retail and PlayStation Stores. Until then, you can join NIS America on Twitch on Tuesday, June 23rd for a first look at the game.