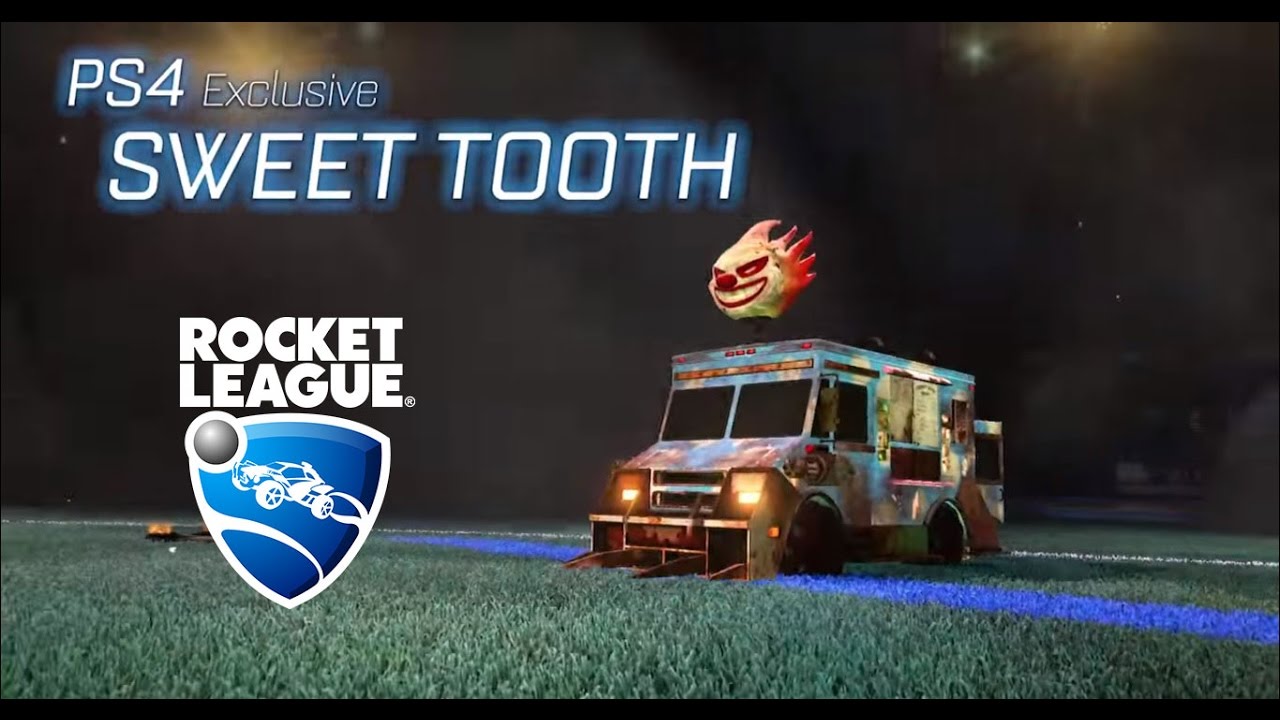 The team here at Psyonix has been overwhelmed by the positive worldwide reaction to our upcoming action-sports game Rocket League. Which is why we want to give you all not one, but FOUR major pieces of information in a single announcement!

The first two are right there in the headline: Rocket League will be available for purchase on PlayStation Store July 7th, while Twisted Metal’s famous ice cream truck, Sweet Tooth, joins our roster of playable cars as a special unlockable vehicle exclusively on PS4! Watch our brand new trailer below for proof!

What the headline doesn’t tell you is that Rocket League will also be one of the few games in history that supports PS4/ PC cross-play — meaning that owners of both the console version and the PC version will be able to team up or go head-to-head in the same matches when the game launches early next month!

And finally, we’re very proud to announce that Rocket League will be making an appearance at this year’s Electronic Entertainment Expo (E3) and will be playable in near-finished form. Season Mode, splitscreen multiplayer, car customization, and Sweet Tooth himself will all be available to check out and enjoy all three days of the show. We can’t wait to see you drop by to enjoy it!

I know I say it in every post, but on behalf of the entire team at Psyonix, that you VERY MUCH for the continued sentiment, support, and suggestions during the development of this game. Without you, our sequel to Supersonic Acrobatic Rocket-Powered Battle-Cars never would have happened, and for that, we are forever grateful.

See you at E3 and see you once again on July 7th!