The Dragon Apocalypse is Coming: An Update on EarthNight 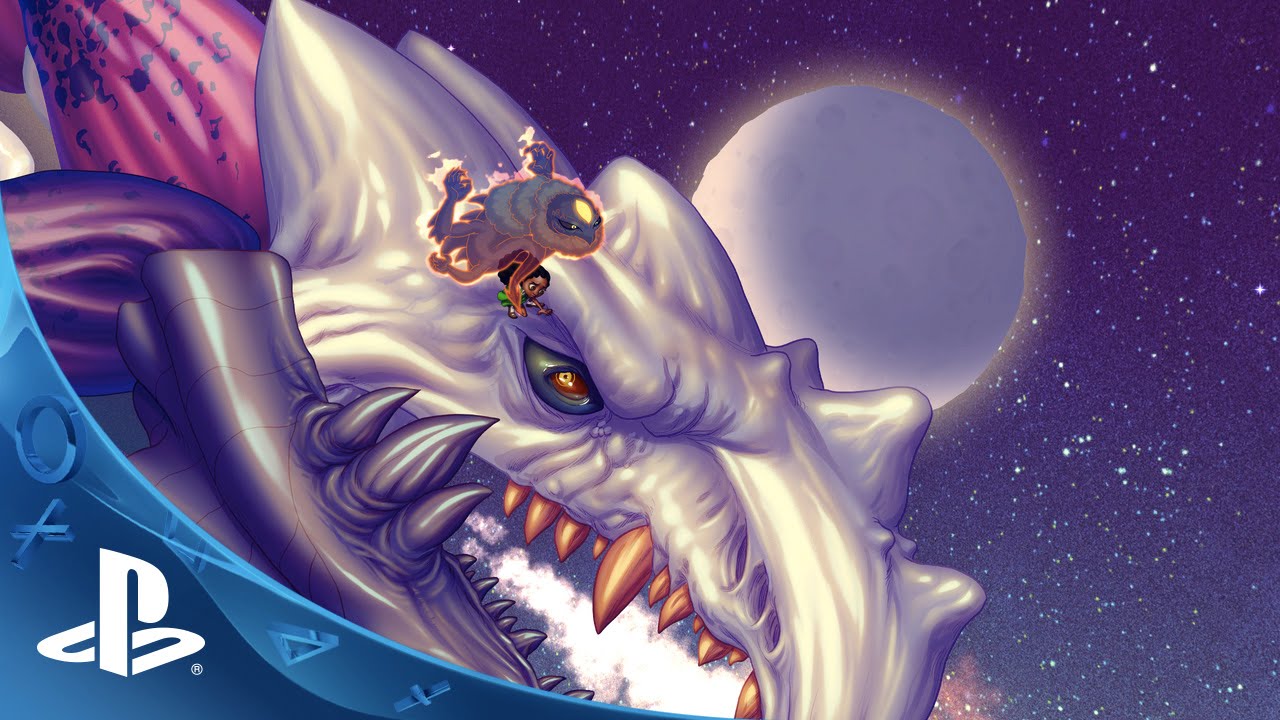 Last year, we announced that EarthNight would be coming to PS4 and PS Vita. Today, I’m excited to share an update on what’s going on with the game and debut a new gameplay trailer. For the uninitiated, EarthNight is a hand-painted runner made to elevate the endless runner genre with console-quality depth and design. The unbelievably talented artist Mattahan paints every frame of every character, and every element of the game.

Each run begins in space. The player must traverse eight beautifully painted layers of the atmosphere, alternating between skydiving and running on the backs of dragons on the perilous journey down to Earth. Unlike other runner games, there is an end — the planet’s surface is the final world: EarthNight. You can learn the basic mechanics in a few minutes, but the game is hard to master. It takes time and dedication to develop the skills to reach EarthNight.

We are creating a game in which each run is unique but feels meticulously hand-designed, where the player always experiences something different while still recognizing patterns. To achieve this we’re using what we call “hand-designed procedural generation.” We’ve broken down each dragon (level) into three chunks: a beginning, middle and end. Each of these chunks has at least five hand-designed variations that spawn procedurally according to a set of rules. This means the most basic dragons have 125 different potential layout variations. The first world contains four different dragons and therefore offers 244 million potential seeds. By World 2, there are over 59 quadrillion seeds and the finished game will have about 6.93 x 10^39 possible seeds. Basically, no matter how many runs you take, your path to EarthNight will always be different.

Even though there are endless seeds, over time hand-designed pieces will become familiar. Recognizing patterns with so many seeds may sound impossible, but keep in mind that the first world only draws from 60 unique possible chunks (15 chunks for each of the 4 dragons.) The player will become acquainted with the first dragon pretty quickly since they begin with it every time. Additionally, each dragon’s chunks fit into a theme — for example, the blue dragon in the first world is pretty easy and a good opportunity to regain health, while the black dragon is absolutely brutal — so despite the layouts being random, your dragon selection has consequences.

We are honored that Doug Holder, who previously worked on Uncharted 3 and The Last of Us, has officially become the eighth member of the EarthNight team. We’d been looking for a special effects artist who could mesh well with Mattahan’s art style for a long time, and we really lucked out. Using shaders and particles, Doug is adding a whole new visual layer to the game. You can see his contributions on the crystal light energy dragon, the flames on Sydney’s dragon spirit, and all new trails on both characters. We look forward to more awesome visual effects from Doug.

I also want to give an update on the game’s music. Our composer, Chipocrite, recently released his latest album, Wordplay, with songs featuring Game Boy, guitar, drums and bass. (If you played EarthNight at E3 last year, you might recognize the track “Little Computer People” from World 1.) He is now fully focused on finishing our soundtrack, and so far it sounds amazing. The game will have chiptune-only versions of songs as well as full-band versions.

The other good news is we’ve finished transitioning to Unity 5. EarthNight is running at 60fps in 1080p on PS4, and it looks beautiful. The bad news is we’re pushing back the release date until late 2016. Rest assured, we are working as hard as we can to finish, but we all feel in our hearts that we have something special here and we need to finish what we started the right way. We are getting there, and I promise we will ship this game as soon as it’s ready.

If you have any questions, leave them in the comments — I’d be happy to answer them. Thanks for checking out EarthNight!