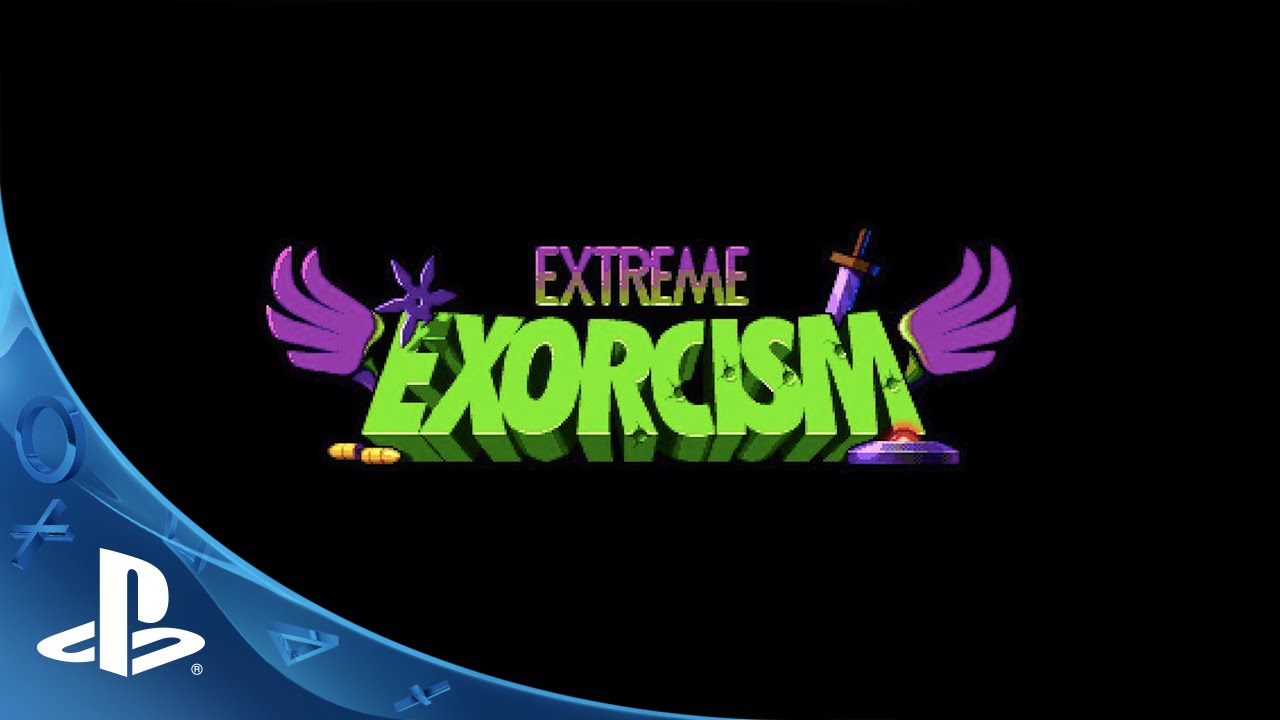 Hello, I’m Mike Christatos; President of Golden Ruby Games. We’re a two-man development studio based in New York and we’re developing Extreme Exorcism on PS4. I’m also pleased to announce, for the first time ever, that we’re working on a PS3 version as well!

Spawned from our love of hardcore arcade games from the days of gaming past, Extreme Exorcism is a paranormal platformer, where every move you make comes back to haunt you. Mae Barrons is an Extreme Exorcist with extreme methods. She’s called upon to rid a haunted house of its ghostly presence, when everything and everyone else has failed.

Haunted by the spirits of lost lives and high scores, we took the classic arena shooter and added a twist. Instead of adding enemies that get harder over time, you’ll be forced to fight past versions of yourself, which spawn as ghosts at the beginning of each round. With this added threat, 50 challenges and a robust multiplayer mode, we expect Extreme Exorcism to be a scary good time for you and your friends.

The ghost mechanic was created temporarily as placeholder enemy AI. Initially a quick fix, we realized that when players are forced to fight against themselves, they actually face more of a challenge. Giving everyone infinite ammo and a one hit one kill, it’s up to you to not only survive for as long as possible, but to try and remember every action you performed in the previous rounds.

Being a small, two-person studio, time is precious. So with help from an artist, sound designer, and UI creator — and of course our publisher Ripstone — we were able to focus on the gameplay and classic arcade challenge we wanted to create.

To further the gameplay of hunting ghost versions of yourself, we added challenge and multiplayer modes to amplify the chaos. In challenge mode, you’ll be tasked with completing 50 different challenges that really lean hard into the chaotic nature of Extreme Exorcism. And if you think it’s hard to memorize a multitude of ghost movements from yourself, try adding three of your friends in the mix and remembering what they did, too. If that’s too crazy, challenge your couchmates to a 4v4 game of deathmatch, where the last man standing is the winner.

Tell us what you think in the comments and be sure to check in with us on Twitter for more info.