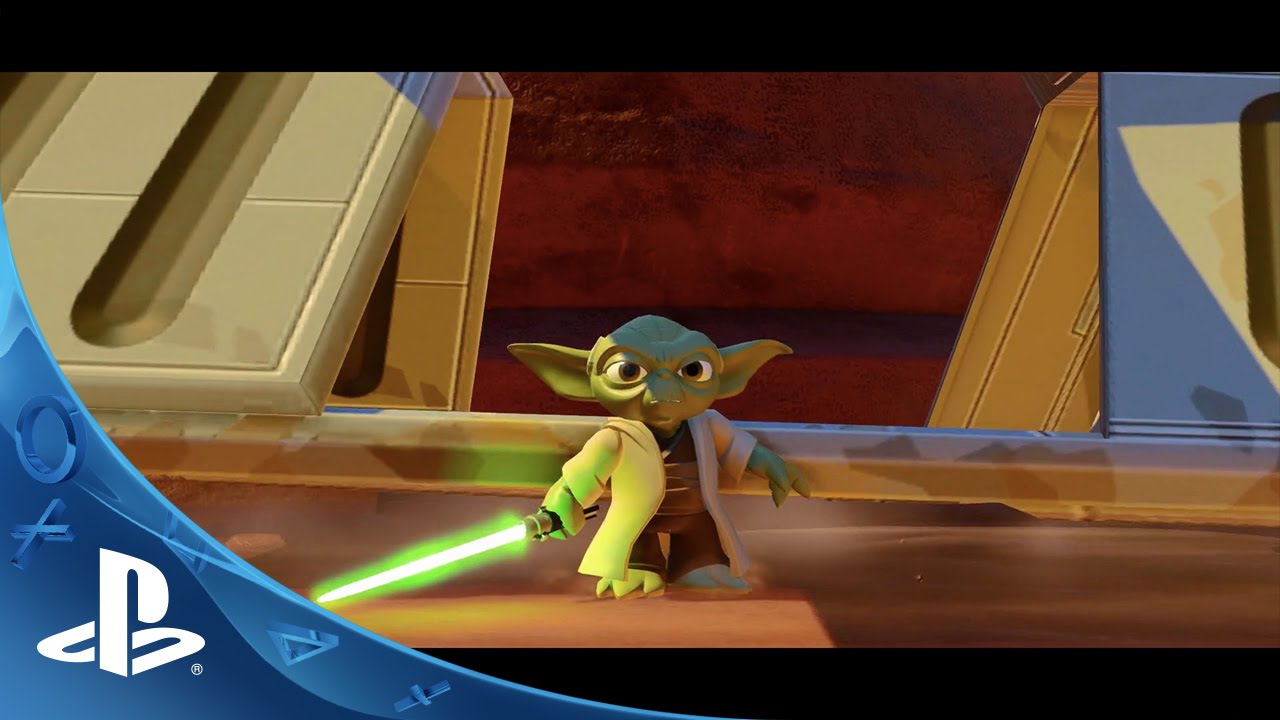 We’re really excited to share the news that Star Wars will join Disney, Disney•Pixar, and Marvel in Disney Infinity 3.0 Edition for PS4 and PS3! The team’s been working tirelessly on the next installment of Disney Infinity, which will bring together many favorite characters and include more gameplay content and variety than ever before.

We’re thrilled to finally be able to share the trailer with you guys:

Disney Infinity 3.0 Edition will feature three Star Wars Play Sets: Twilight of the Republic set in the Episodes I-III timeline, Rise Against the Empire set during the original trilogy (Episodes IV-VI), and the third – available this winter – based on Star Wars: The Force Awakens. In Twilight of the Republic, use the Force and Lightsabers in epic battles as Anakin Skywalker, Ahsoka Tano, Obi-Wan Kenobi, Yoda, and Darth Maul. Rise Against the Empire will take you on galaxy-spanning missions with Luke Skywalker, Princess Leia Organa, Han Solo, Chewbacca, and Darth Vader.

Disney Infinity 3.0 will also include a Play Set inspired by Disney•Pixar’s upcoming film Inside Out, with all five Emotions — Joy, Sadness, Fear, Anger, and Disgust — as playable characters. Fan-requested Disney characters Mickey, Minnie, Mulan, and Olaf will also be joining Toy Box 3.0.

From the Marvel Universe, there will be a Marvel Play Set that will feature new Marvel characters including Hulkbuster Iron Man and Ultron.

All-new Toy Box Expansion Games: Toy Box Takeover (action-adventure) and Toy Box Speedway (kart racing) will bring all of your Disney Infinity characters together for all-new, structured multiplayer gameplay. You can bring all of your Disney, Disney•Pixar, Marvel, and Star Wars characters from Disney Infinity 1.0, 2.0, and 3.0 into these Toy Box Expansion Games as well as the enhanced Toy Box 3.0.

For more info about today’s announcement, check out the Disney Infinity website. In addition to that, John Vignocchi (VP, Production) and I will be live on Twitch this Friday answering your Disney Infinity 3.0 questions. You can tweet your questions to us ahead of time using #disneyinfinity, or we’ll also be taking questions from the Twitch chat.