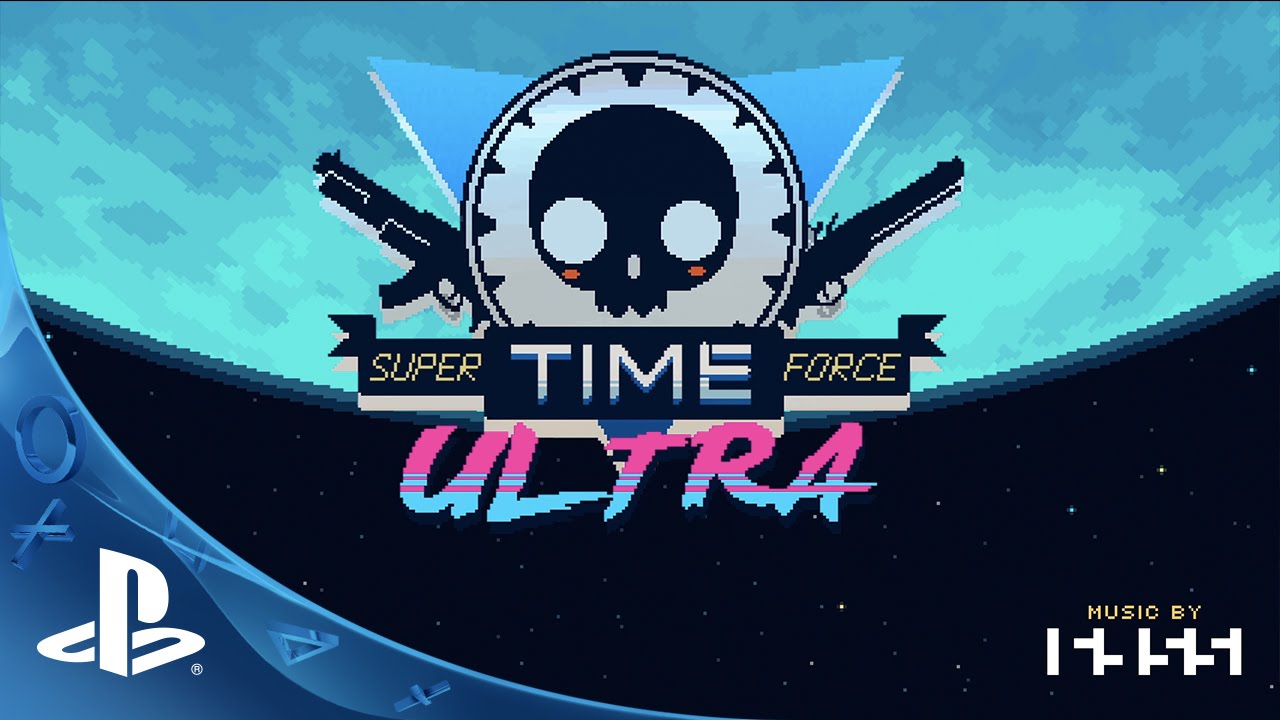 Hey everyone in PlayStation land, it’s Nathan from Capy here! You might remember us from such titles as Critter Crunch, Might & Magic: Clash of Heroes or Superbrothers: Sword & Sworcery EP. As some of you may already know, our latest game Super Time Force Ultra (STFU for short, and yes its intentional) is headed your way soon, landing on both the PS4 and Vita as a cross-buy title!

Half the fun of STFU comes from controlling a cast of powerful, kooky, and sometimes downright bizarre playable characters (19 playable characters if anybody’s counting!) With the jump to PS4 & Vita we thought it only fitting to add a few new faces to the mix. Check it out…

Last december at PlayStation Experience we announced that none other than President of Sony Worldwide Studios himself, Shuhei Yoshida was joining the Super Time Force Ultra squad as a playable character! With a weaponized smartphone, Shuhei Yoshida kills with kindness–blasting through enemies with heart emoticons and relentlessly positive tweet rockets!

Everyone’s favourite nameless, berobed figure from the PlayStation hit Journey is coming along for the ride! Using grace, agility, and of course, scarves the Journey traveler offers an entirely unique way to encounter the carnage-fuelled levels of STFU.

Having rid London of beastly ghouls in the Order: 1886, Knight of the Round Table, Sir Galahad will also be suiting up with the Super Time Force. Wielding a Luger pistol and a chaotic arc rifle, Sir Galahad provides players with an electrifying jolt of action.

We’ve also created special Trophy challenges for many of the characters in STFU, including our new PlayStation recruits. You’ll have to get all of them, and more, if you want to unlock STFU’s Platinum!

That’s all for today, crew. We hope you find the… TIME… to play STFU when it drops on PS4 and PS Vita very soon!