We’re a couple of weeks out from Beta for Everybody’s Gone to the Rapture on PS4, which is incredibly exciting and quite scary in equal measure. There’s always a point in every game development where you start counting down the days and hours, and everything gears itself around the question of “right, we’re shipping this thing, are we ready?”

Everybody’s Gone to the Rapture | PlayStation.com

Everyone’s time is split between chewing through bugs and carving out time for as much polish and finesse as we can. There’s always something that can be improved. Late tweaks to design, signposting, player flow, discovery — this is all still happening. Rotating a prop by a few degrees can make a dramatic difference to how you navigate a space, or the likelihood of encouraging an area to be explored in more detail. Small adjustments to things like audio volume, or the area boundaries of ambient or procedural sound, can have an impact on the emotional tone of a space or moment, which has a knock-on effect to things like pacing or the interpretation of a story beat.

There’s some big, exciting changes too. This month Jessica (our talented studio head and composer) went to Air Studios to work with a world class team of musicians and engineers and came out with a soundtrack that is going to be one of the highlights of game music this year (actually, I think it’s better than that, it’s one of the best game soundtracks ever created). We’ve spent a fantastic week implementing it into the world and it’s transforming the experience, adding a huge jolt of warmth, depth, and humanity. These are the most rewarding moments in development, where the game leaps forwards and just transforms around you. It’s really exciting and makes all of the grunt work worthwhile. 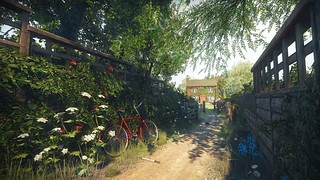 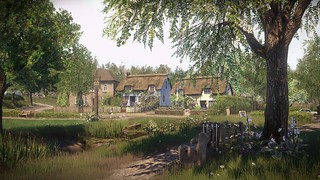 So the end is in sight. We’re going to announce a launch date shortly, so stay tuned for that. I’m so proud of the team and the game we’ve made. Everybody’s Gone to the Rapture is going to be really different, an apocalypse like no other, and we think it’s going to be good.

To give you an updated look at the game, there is a new trailer above, which is focused a bit more on the tone and story of the game — we’ve got a lot of beautiful world to show you, but we wanted to go small and intimate with this one, be a bit different with it. Finally, you get one of those amazing music tracks from that soundtrack I was just raving about. Enjoy!