The Development of Axiom Verge: A 5-year Retrospective 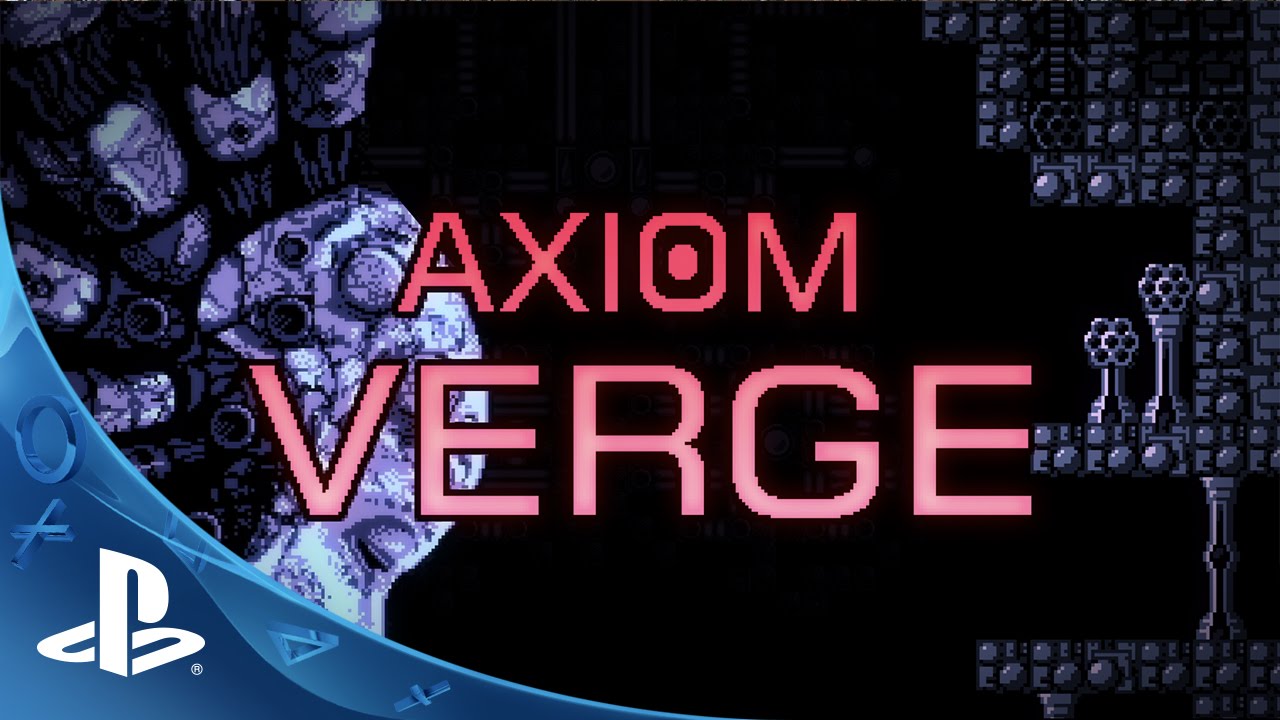 A journey of a thousand miles begins with a single step. — Lao Tzu

It was about 5 years ago that I kicked off a side hobby project. At the time I was working at Petroglyph on an RTS game as a programmer during the day, and just wanted a fun side project to work on as a hobby for my evenings and weekends. Some people build model airplanes, some collect stamps. My hobby is making games.

I didn’t start off with Axiom Verge fully designed in my head. It really more started off as an exercise in game design. I wanted to deconstruct my favorite games from my youth and see what would happen if I took the best elements of each and put them together. The Yo-Yo weapon of Rygar and the grapple hook of Bionic Commando in the setting of Blaster Master and Shatterhand. What would fit together? What wouldn’t work?

I’m trained as both an artist and programmer, and since I was doing a lot of programming as part of my day job, I started my hobby project with art. I started off just by drawing map areas. Nothing inside each of the rooms, just a collection of rooms linked together with an overall flow, including where people would need to get something to open up a new area. I then filled in the rooms with different platforms and obstacles to create a path.

Here’s part of an early map — to show the whole thing would be a bit spoilery. This dates from May 2010. The names of the areas and characters have changed a lot since then!

Next I spent about 6 months to a year doing nothing but drawing art — particularly the environmental tilesets. This one is dated June 21, 2010:

Gradually the theme of the game started to come together. The more I drew, the more it started to coalesce into a unified, consistent world. Around this time it went from a side hobby to really becoming an all-encompassing passion for me. I’d wake up in the middle of the night with an idea for a new boss, and immediately grab my sketch pad and draw. Here are some of my early sketches and what they eventually became.

The TrapClaw was one of the first enemies I designed. I sketched it out around November 2010 and had it animated by March 2011.

I sketched and pixelated one of the boss characters, Uruku, sometime in January 2011 and had him animated in February 2011. I didn’t code any of his gameplay until July 2013, at which point I also went back and revised his body segments to have a more tiled appearance.

Writing music has been a hobby of mine since I was 19 or so, but I never actually had any formal training in it. I had finalized the music by January 2011.

As the story came together with the art and the music, the idea of glitching came to mind. I think it occurred to me while I was animating the first pass on Trace, sometime in March 2011. I was thinking back to when I used to make games glitch by swapping out cartridges during gameplay or using my Game Genie. It used to fascinate me as a kid that I could walk through a glitched wall into an area that was never intended to be seen. Or I could make enemies behave in strange ways. Sometimes it would freeze the game, and sometimes it would do something useful, but I just loved being able to experiment with all of that stuff.

It wasn’t until after most of the art and level design was done on paper that I actually started coding. I wanted to make sure I had all of the art assets done, because needing to stop programming right in the middle because you need an asset for a creature can really pull you out of your rhythm. It was important to me to get the feel of the game just right. An exploration action adventure game shouldn’t feel floaty. It needs to be precise and responsive. The enemies should be challenging but not impossible.

3 or 4 years into the entire process, the game was really starting to come together. There were long playable areas with polished art and music and an interesting game mechanic. But I was still working on it weekends and evenings, because I needed an income. I attended IndieCade and got a chance to show the game to Sony, and almost 6 months later, they offered to include me in the Pub Fund program.

About one year ago, I switched from full-time to part-time at Petroglyph (essentially reversing the priorities I had for the previous 4 years) and 6 months ago quit my day job altogether.

Axiom Verge was fully playable from beginning to end at that point, so my main focus was polish — figuring out good hiding spots for different weapons and powerups, having playtesters go through the game and see where they struggled, and fixing lots and lots of little bugs.

A lot of people have told me they admire my tenacity for being able to stay dedicated to a project for so long. I’ve heard people remark that I must be a workaholic to come home from my day job and then work on my own game as well. I don’t see it that way. It’s been a true joy every step, and there was never really a point where I felt like I was grinding. It started as a hobby and ended the same way.

And now, at long last, I get to share Axiom Verge with the world.

Spring Fever 2015 features eight new games launching over an eight week period, with a 10% discount for PlayStation Plus members for the first week each game is available. Click here for full details.
axiom vergeplaystation games