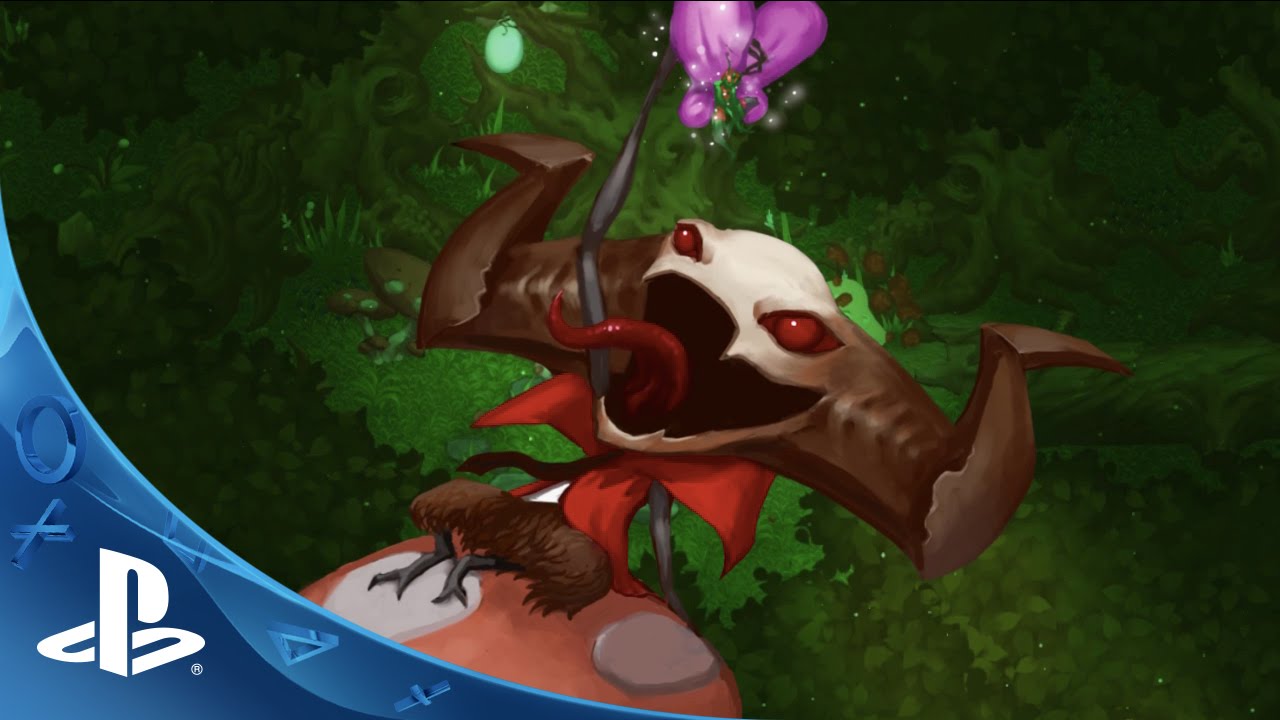 Hello everyone! We’re excited to let everyone know that our game Rack N Ruin will be launching tomorrow, March 31st on PS4. Whoo-hoo!

For starters, let me tell you a little bit about the kind of game Rack N Ruin is. It’s a top down action adventure game, but it’s a bit different than your typical hack ‘n’ slash fare. You play as a diminutive demon wizard named Rack who leaves an endless path of destruction in his wake.

Rack doesn’t dirty his hands or frail arms wielding crude metal sticks, but instead molds chaotic and elemental magic into fearsome weapons. Throw in some bullet hell patterns, item combinations, upgrades, and all the other trappings and you’ve got Rack N Ruin.

Basic magic attacks aren’t the only things Rack has at his disposable. You will find a variety of items you can use. These items will react differently to the types of damage and weapons you use on them. For example, the Robot Parts item can spray a wave a bullets in all directions when hit with fire, or explode in a gaseous cloud of death when hit with shadow magic.

Another item called the Prismatic Totem will place a turret within the world that takes on the properties of your particular magic spell. These items can be chained together to create an assortment of combos that can turn a basic attack into a screen clearing cacophony of destruction. With a little clever thinking, the player can transform any encounter into an experimental playground of death.

Given that Rack has an endless arsenal that can reign death from any place and time, the creatures he sets out to slaughter aren’t benign little critters. Rather, they are ruthless and cunning. An angry knight will chase Rack around turns and to all corners of the map just to have the pleasure of beating him over the head with a sword. The demonic enemies are even more relentless — they will teleport all over the place, releasing a mixture of bullet patterns for Rack to swallow. These mechanics acting in unison serve to create an action adventure with both depth and fast paced action.

So if exploring a complex and intricately handcrafted world while unleashing destructive magic upon everything in your path sounds up your alley, we think you’ll love Rack N Ruin.