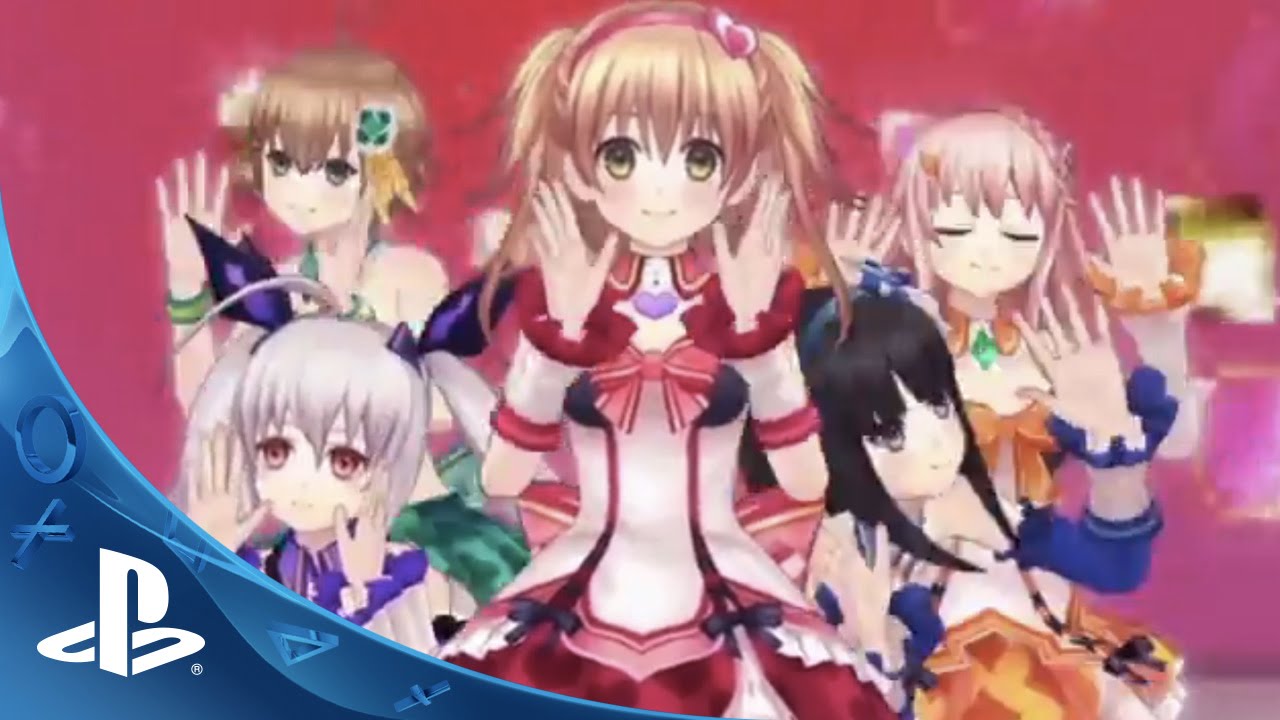 Dig, if you will, this picture: you’re part of the world’s biggest and well-known idol group, warming up your vocals in sound check before performing for your adoring fans. The harmonies are sounding sweet and your choreography’s on point, when suddenly a gang of giant mutant rats and robots crash the party! What’s an idol to do?

Luckily for the idols in Omega Quintet, a couple of rats and robots is nothing they can’t handle. As Verse Maidens in a world slowly being consumed by a force known as “Blare,” these idols don’t just sing and dance — they fight! Possessing abilities that turn their Mics into weapons, they’re the only thing stopping the Blare from destroying all of humanity, and I’m happy to announce here that you’ll be able to start saving the world in the first JRPG/idol simulation game for PS4 starting on April 28th!

Tasked with saving the world, these idols will have to build up their strength in turn-based combat. Each girl is proficient in special weapons that range from giant hammers to guns, BUT they can wield any weapon and build up their strength with each! So give the gun girl a spear and the fan girl some metal fists and diversify their lethal skills portfolio! Don’t get too confident — take too much damage and you’ll cause a Costume Break, tearing your idol’s clothes and drastically lowering their defense.

Battles go a lot deeper than just weapons choice, though. Within each character’s turn, they can perform multiple attacks and skills in a row. Throw all your strongest attacks at the enemy at once or only hit them with your weakest attacks — how you fight will affect that character’s turn order. On top of that, Takt takes on a support role in battle. Paired up with one of the girls, he’ll provide follow-up attacks, defend, and knock back the enemy’s turn. With the right strategy, you can get two or more idols to have consecutive turns and activate Harmonics! With Harmonics, you can string multiple skills and attacks between idols, and maybe even unlock a Harmonic Chain — attacks that are stronger and flashier than any individual attack! You hear that? That’s the sound of manager and idols executing some deadly idol harmonies!

Speaking of harmonies, what’s an idol group without some music? When you’re not out saving the world, you can enter PVS Mode, where you’ll shine as the Verse Maidens’ manager and choreograph your own idol performance. Choose camera angles, who performs, what outfits they wear, who gets the solo, and, of course, the choreography. With almost a hundred moves that range from air guitar-ing to graceful kabuki, every performance is unique. (We’ve spent a lot of time messing with this at IFI headquarters).

I hope you’re not getting stage fright, because humanity is gonna need you and the power of music to restore balance to the world on April 28th. Build up your idols’ battle prowess, master Omega Quintet’s battle system, and be rewarded with the sweet sounds of the Blare’s defeat!

And when you’re not saving the world, choreograph some amazing musical performances with the PVS Mode! Like any good pop song, Omega Quintet will draw you in with its charm and keep your attention with its hidden depths! Now, if you’ll excuse me, I have to practice my vocals!