La-Mulana EX Out Next Week, The “EX” stands for “Extra” 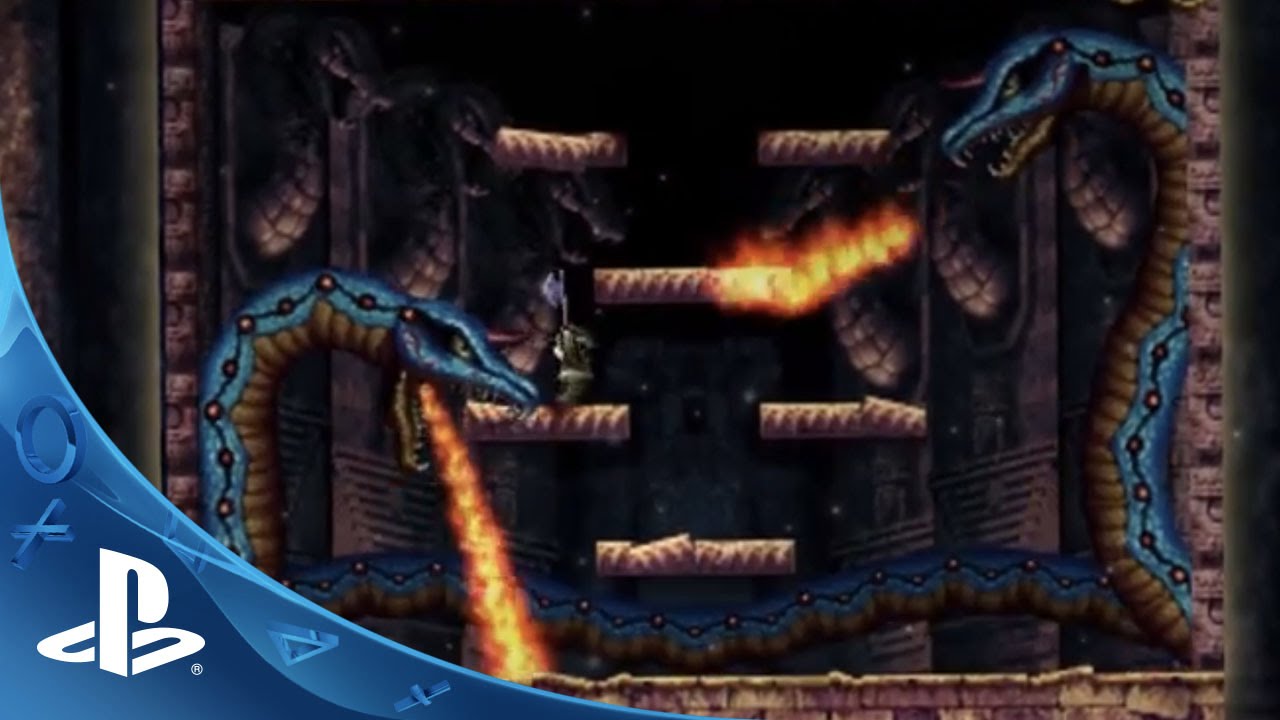 Hello, fellow explorers! It’s been a while but, finally, I’m happy to say that thanks to our friends at Rising Star Games, the western release of La-Mulana EX on PS Vita is right around the corner and launching on March 3rd! The game is already out in Japan and the response from Japanese fans has been overwhelming, so I hope you’re all looking forward to playing it soon, too.

If you’ve played it before, the idea of diving into La-Mulana once again will be very exciting, especially as PS Vita means you can go exploring whenever and wherever you like. However, other people might not have even heard of La-Mulana — what a tragedy! That’s why I thought I should give a quick introduction to the game, before introducing the improvements and additions that make La-Mulana EX the ultimate version.

What is La-Mulana EX?

I’m glad you asked! La-Mulana is the original Archeological Ruins Exploration Action game, and a throwback to the days when games tested you to your very limit. First created by developer NIGORO in 2005, players use their skills and wits to explore the ruins and discover the ultimate treasure without falling foul of the monsters and traps in their way. It might look like a straightforward, Metroidvania-style platformer, but it’s not just an action game. You’ll also need to solve riddles and keep mental notes to make progress, so it’s much more!

Of course, we’re thinking of La-Mulana EX as the ultimate version of La-Mulana — as the blog title says, the EX stands for Extra. In developing the game, we’ve worked with NIGORO to make some important tweaks that not just tighten up the game’s puzzle logic but also enhance the overall experience. We also added new material that everyone from new players to dedicated archaeologists could enjoy; it was a lot of work, but the results are worth the effort.

For starters, the new Monster Bestiary is where you can check out details of every monster you slay and character you meet. It’s useful to read, but you’ll also get to see some wonderful art for the creatures in the ruins. We were amazed when we saw how much previously unseen art there was for La-Mulana, so this was the perfect way to show it off.

We’ve also tweaked the gameplay. La-Mulana lets you go almost anywhere you like from the start, which can be a bit daunting to some. When we first started developing La-Mulana EX, the plan was to have two modes: the original version for returning players, and a revised adventure that was more accessible for new players. However, as time went on, we decided to bring both versions together in a way that improves the experience for everyone.

Of course, this doesn’t mean we’ve made La-Mulana EX easier. Trust me, it’s still just as challenging as ever — it’s just also more accessible for those who might be too scared to enter the ruins otherwise. The signposting is improved, some of the puzzles and obstacles have been altered slightly (Don’t rely on your memories if you’ve played the game before!), it’s now possible to undo the Hard Mode curse if you want to, and so on. We’ve even added more languages (French and German, on top of English, Spanish and Russian) and improved the old translations, so now even more people can enjoy La-Mulana than ever before.

Got Any Tips, Please?

Absolutely! Here are some to get you started:

I hope you all enjoy La-Mulana EX when it arrives on PS Vita! And if you have any questions in the meantime, please put them in the comments below and I’ll do my best to answer them. Thank you!