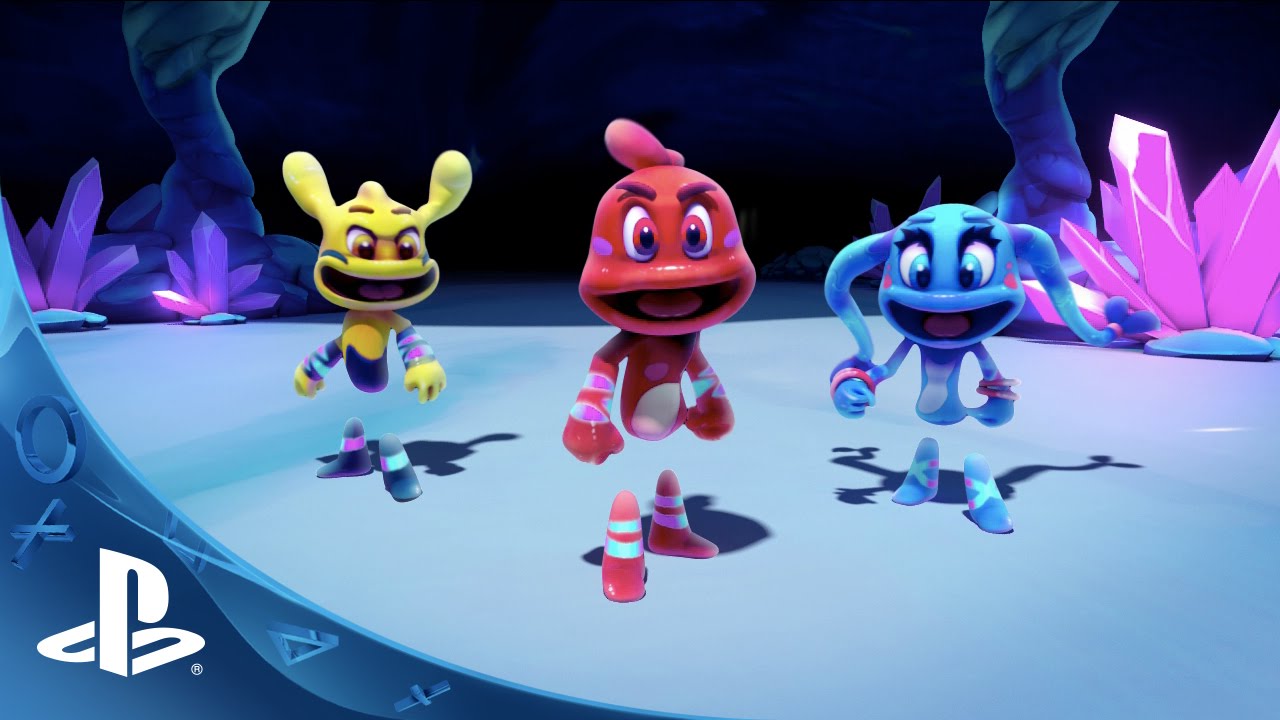 Hello, PlayStation fans! I’m Claudio Pinto from Fair Play Labs, and I’m excited to share some news with you: we’re going to launch our latest game, Color Guardians, on both PS4 and PS Vita on April 14th of this year. You might have seen Color Guardians if you were with us in Las Vegas at the first PlayStation Experience, where we had a chance to share our work so far. If you couldn’t make it, though, let me get you up to speed — here’s what our game is all about!

In Color Guardians, you play as the three Guardians, Rod, Lia, and Grock, as they race through their worlds to restore the stolen color. It might look at first like a regular side-scrolling action game, but there’s a couple of twists to the gameplay: not only do you have to dodge and jump incoming hazards, but you have to switch between three lanes while doing so, hopping in and out of the background and foreground. If that weren’t tricky enough, you ALSO have to switch your own color on the fly to match yourself with pick-ups and objects in the world. People who tried it at PlayStation Experience described it as being an “Ikaruga-style” game, which is a pretty fair (and flattering) comparison.

Color Guardians is our first game to come out on PS4, and we want to make sure it’s got everything that PlayStation gamers have come to expect to go with it! It’ll be released as a cross buy game, for starters, so you can enjoy it on the couch or on the go. It also allows you to earn a Platinum Trophy, if that’s your thing (it’s definitely one of mine)! Beyond the extras, of course, it also happens to be a vibrant, fast-paced experience that really shines when it comes to life on PS4 and PS Vita.

When I started Fair Play Labs in 2004, I’d been working in business (translation: boring) software for a long time, but I really wanted the chance to make something I could share and enjoy with my son. We were gaming together on PC, and he suggested to me that I should program games instead. It would be easy, he suggested; he would design them and I could code them.

It turned out to be a little trickier than that. I was able to find a lot of talented young engineers and artists right here in Costa Rica, but breaking into gaming was difficult at the time — if you wanted to get your games picked up by major publishers, everybody wanted to know how many games you’d had picked up by major publishers! It turned out PlayStation was our way out of that pesky little Catch-22: when they started the Sony Developer Incubation Program here in Latin America, we finally got our chance to publish our first game on PSP — and the rest is history.

Most enjoyable of all, bringing this latest game to PS4 and Vita has given us the chance to share the game in person with PlayStation fans all over the world. We had a blast in Las Vegas last year, and we’re coming back to the United States in just a few days for Game Connection in San Francisco! If you’ll be at the show, we’ll be there with a handful of other developers from Costa Rica, showing off what kind of games we’ve been making lately in our part of the world. Come and say hello, and you can try out Color Guardians for yourself before it launches in April!

If not, of course, the whole game awaits you on PS4 and Vita on April 14th. Until then, we’ll be hard at work. Play Fair, everyone!