A new nightmare in the iconic horror series is about to begin. The episodic experience Resident Evil: Revelations 2 arrives this week on PS4 and PS3, unleashing four weeks of chilling stories. Ready your nightlights.

The first episode of Resident Evil: Revelations 2, titled Penal Colony, launches this week. Claire Redfield, one of the few survivors of the Raccoon City incident in 1998, has since joined a non-government organization named Terra Save, which works to help victims of biological weapons. But during an event at Terra Save’s headquarters, Claire and her co-workers are kidnapped by an unknown force and moved to a deserted island. A really scary one.

Prepare for the staple chills, gore, and intrigue that come with the Resident Evil series as Claire and Moira Burton struggle to survive in this new chapter of evil.

If that sounds a bit too scary, fear not: there are plenty more games coming to PlayStation this week, including the highly entertaining (and hilarious) Starwhal, which pits friends together in epic narwhal battles. In space. Oh yes, it’s all too real. 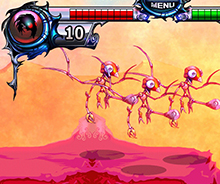 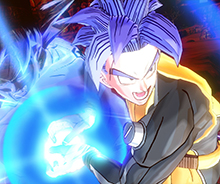 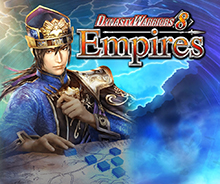 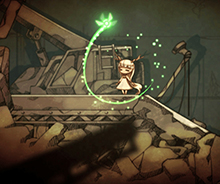 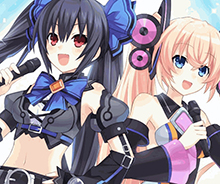 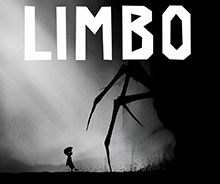 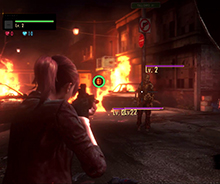 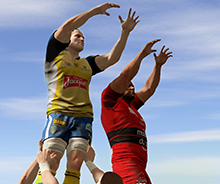 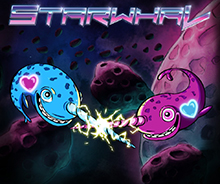 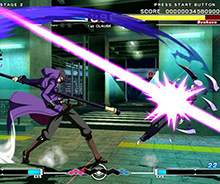 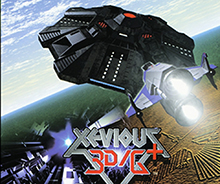 Desert Ashes
PS Vita — Digital
Desert Ashes is a turn-based strategy game with online multiplayer and single-player campaigns, which also boasts an innovative menu system allowing players to enjoy multiple games at once. The Day-Night system adds a dynamic twist to battles including weather conditions that can affect the battlefield map, for example, all bodies of water have the ability to freeze over night!
Dragon Ball Xenoverse
PS4, PS3 — Digital, Retail
The latest Dragon Ball game lets players customize and develop their own male or female warrior from 5 races, and more than 450 items to be used in online and offline adventures. Create the perfect character, learn new skills, and train under the tutelage of your favorite Dragon Ball characters. Help Trunks fight new enemies and restore the original story of the series.
Dynasty Warriors 8 Empires
PS4 — Digital, Retail
Dynasty Warriors 8 Empires is the latest installment of the Empires series, in which you aim to conquer ancient China using both strategy and the one warrior versus one thousand tactical action the Warriors series is known for.
htoL#NiQ -The Firefly Diary-
PS Vita — Digital
At the bottom of an old ruin, a young girl named Mion awakens with no memory of how she arrived at this dreadful place. Guided by two fireflies, Mion must solve puzzles, outwit monsters, and avoid traps to escape the darkness! Direct Mion’s movements as Lumen, and destroy obstacles as the shadowy Umbra. Untold mysteries await…
Hyperdevotion Noire: Goddess Black Heart
PS Vita — Digital, Retail
Dive into the world of Gamarket, where for the first time ever in the Hyperdimension Neptunia series, battle takes the form of a strategy RPG! Gather an army of new allies to fight through maps laden with laser beams, flame pits, and more. Build up Lily Rank between characters to deal massive amounts of damage because being chibi doesn’t mean damage dealt has to be teeny!
Limbo
PS4 — Digital
Uncertain of his sister’s fate, a boy enters Limbo. Witness a dark, meticulously crafted story that has captured the collective imagination of the gaming world and sent chills down the spines of those who play it. Experience the critically-acclaimed classic, now on PS4.
Resident Evil: Revelations 2 — Episode One
PS4, PS3 — Digital
Resident Evil Revelations 2 follows two interwoven stories of terror across 4 episodes of intense survival horror. Kidnapped by a unknown group of assailants, Claire and Moira awake to find themselves trapped on an isolated island infested with horrifying creatures beyond imagination.
Rugby 15
PS4, PS3 — Digital, Retail
Play as all of the official Aviva Premiership Rugby, TOP 14, PRO D2 and Pro12 teams in an authentic rugby simulation. Experience all the emotions of a real match with the players, jerseys and official statistics of the 2014-2015 season and commentary by Stuart Barnes and Miles Harrison.
Starwhal
PS4, PS3 — Digital (Cross Buy)
Flop it out with up to 4 players in a retro, epic narwhal battle in space! The heart-piercing action is furious and unrelenting. Starwhal will change your life.
This Digital Entertainment Object for Home Console Hardware is all about love, respect, and ALL-OUT MAYHEM.
Under Night In-Birth Exe:Late
PS3 — Digital, Retail
From the companies behind Guilty Gear and BlazBlue comes Under Night In-Birth Exe:Late, an all-new 2D fighting game for PS3! UNIEL strikes the perfect balance between accessibility and depth, offering an experience that both fighting game veterans and those new to the genre can enjoy.
Xevious 3D/G+
PSone Classic — Digital
lones from the planet Xevious are invading Earth. Jump into the starship SOLVALOU in this updated classic as you fight against the forces of supercomputer GAMP. A PSone classic for retro-lovers everywhere.