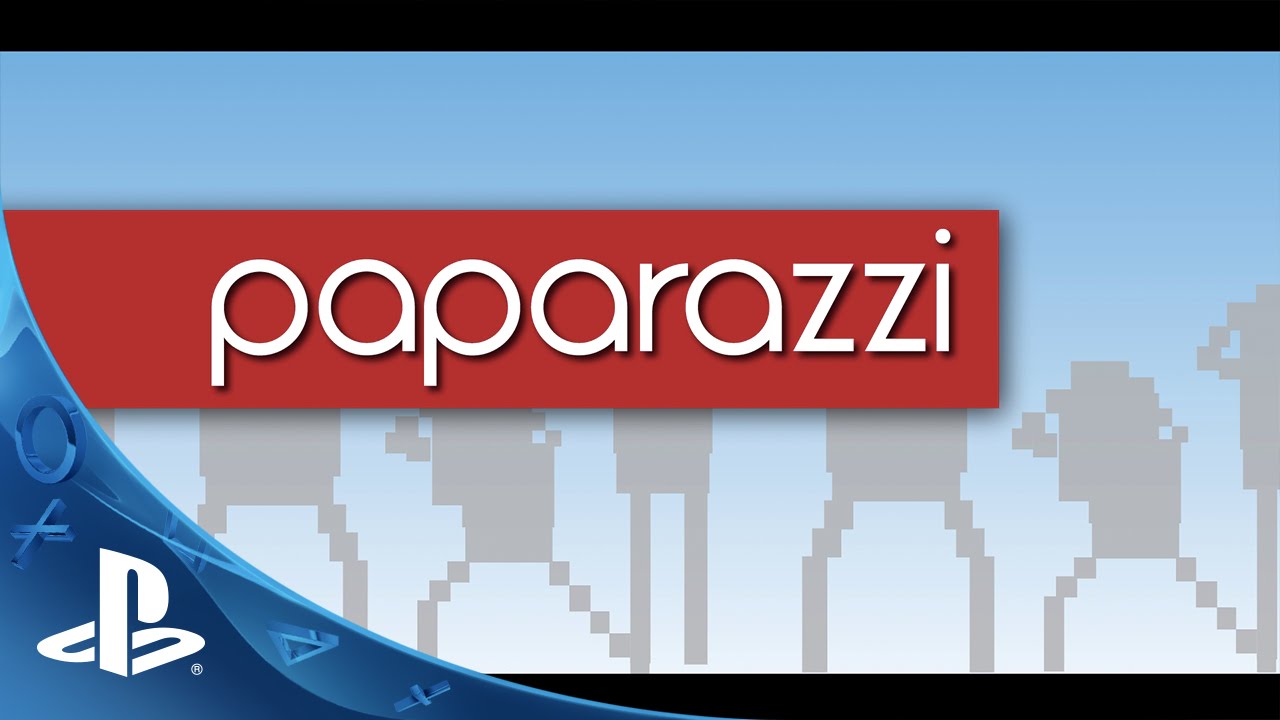 Hello everybody! Mike here from Pringo Dingo Games, and our first title Paparazzi is out today on PS4!

Paparazzi is a 2 player local multiplayer game in which player 1, the celebrity, frantically avoids the camera of player 2, the paparazzi. Avoid the paparazzi to maintain your dignity or catch the celebrity to rack up some money in this fast, frantic, and silly indie game!

Each match of Paparazzi is a 1v1 showdown between celebrity and paparazzi. It’s a matchup of predator and prey; the celebrity runs and hides while the paparazzi tries to catch them.

Paparazzi is also FAST. We did our best when designing the game to never compromise the speed of play, while still discouraging being “spammy”.

Each side has a different playstyle, so we want to give you a rundown of how both work…

The celebrity is the prey. You’re a small character in each scrolling level, with the ability to hide behind every object in the world. Your main weapon is your dash — you can dash a short distance in the level at any point with only a fraction of a second cool-down. Your job is to misdirect the paparazzi, collect adoring fans to raise your dignity, and slip from cover to cover without losing control of yourself. Each mistake you make will give the paparazzi an advantage to take pictures of you.

The paparazzi is the predator. Your opponent plays as a camera reticle hovering over the level, chasing the celebrity around and snapping pictures. While the celebrity is a more classic style of gameplay, your opponent will be using DualShock 4’s motion controls to move their reticle around the screen. The paparazzi’s job is to be relentless, but smart — you can take as many pictures as you’d like! However, a small amount of money will be deducted every time an unsuccessful picture is taken.

Paparazzi is meant to be a uniquely silly brand of fun. Pringo Dingo Games is formed around a love for silliness and weirdness, and you’ll see it in every corner of the game.

From beached whales and slipping on bananas, to redundant level names, we’ve ensured that the game will provide a high “giggles-per-minute” (GPM)* gameplay experience (we’ve measured it at an astounding 8.35 GPM!).

*Giggle per Minute is a fictional statistic