Hand of Fate Out Today on PS4, What To Expect 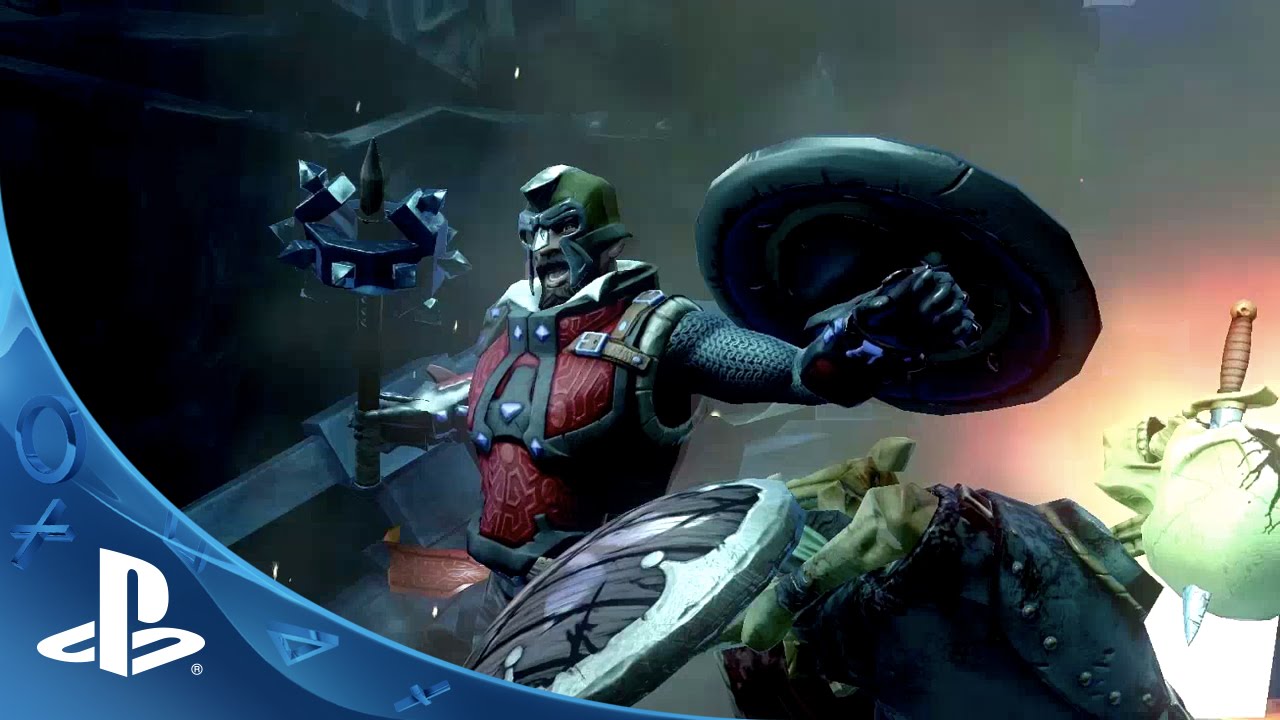 Hi guys! Kim from Defiant Development, here. Today marks the launch of Hand of Fate on PS4, and I wanted to give ya’ll insight into what you should expect while you play this roguelike deckbuilder we hold dear to our hearts.

Before I get to the juicy stuff, allow me to talk a bit about Defiant and how Hand of Fate came to fruition. So we’re an indie studio based in Brisbane, Australia (more commonly known as ‘Straya) — home to bird-eating spiders and dingoes that eat babies. At least the beaches and forests are nice.

I digress! Over the last four years we’ve built a team of local veterans of the console industry (Pandemic, THQ, SEGA, and Krome), and fresh new talent.

A couple of successful mobile games later, we found ourselves in a strong position where the team can bring indie to console, thus the conception of Hand of Fate. In fact, we’ll be the first Australian studio to both self-publish and develop a title for PS4. This is a massive achievement for us, and ‘Straya as a whole!

Ok, enough about us. Let’s talk Hand of Fate.

When you start Hand of Fate, you are introduced to The Dealer beyond the Thirteen Gates at the End of the World. He challenges you to a game of life and death where you must defeat thirteen bosses to win.

With a few magical hand gestures, The Dealer reveals your dungeon layout in the form of encounter cards (quests or missions). You must venture and complete these encounters until you reach and — hopefully — defeat the boss waiting for you at the end of the dungeon run.

Bosses are themed to a suit (monster type) and come in Jack, Queen or King variants — all of which have a unique set of evil characteristics and packs of minions. The suits are:

In addition to bosses, you’ll come across unique Ace monster types — these act like wildcard monsters who’ll appear in a random fashion and have an interesting power or skill. For example, The Mage will shoot magic orbs towards the player.

Encounters come in two formats: combat and non-combat. A non-combat encounter will generally present the player with a choice — the result of which will likely affect your health, food and gold stats. A combat encounter will transport the player from the table scene to a beautiful 3D world where you’ll fight randomly drawn monsters with the equipment you’ve collected along the way.

In either case, both types come in the form of a Dungeons and Dragon’s type scenario with options to choose from. Be careful and tread gingerly because your choice could mean life or death.

Once you enter combat, you’re thrust into an arena, fighting against hordes of monsters in fast-paced, real time. Your success is based upon your ability to amass combos of successful hits while also utilizing your counter attack and dodge roll to avoid enemy attacks. As mentioned earlier, you’ll be facing different enemy suits as you progress through the game, each of which have their own strengths and weaknesses.

For example, enemies of the Plague suit will emit a lethal gas at their place of death which will deal damage if you walk through it. You also have hundreds of weapon, armor, gauntlet, ring and helmet combos at your disposal — let’s hope you’ve optimized your deck to suit your current dungeon run (More on that below!).

It’s super important to keep track of both your health and food stats during each dungeon run. Why? Well health is obvious, but every time you come across a new encounter, you will consume one food. Once you get to zero food, you start taking damage (Adventurers need to eat!). This adds a slice of strategy to how you approach encounters that might ask for food in return for a reward. Feed yourselves, fools!

Think of The Dealer as a sass-mouthed Dungeon Master. He controls the map layouts, monsters drawn for combat encounters, and the Pain and Gain decks. The Pain and Gain cards are issued at random and are a result of resolved encounters. They act like modifiers to your health, food, and gold. If you’re really lucky/unlucky they’ll bequeath a blessing or curse — passive modifiers that affect gameplay. For example, the Wrath of the Gods blessing will kill one enemy at the beginning of each combat.

Deckbuilding allows players to customize how they play Hand of Fate through the choice of encounter and equipment cards.

Let’s remind ourselves that the aim of the game is to defeat the thirteen bosses. Each boss brings along its minions that have similar characteristics. So it’s in your interests to customize your deck to suit the characteristics of the boss you are trying to find in the dungeon. For example, The Queen of Skulls will scatter an army of skeletons amongst combat encounters. You’ll find that a mace is super effective against the Skulls suit, so naturally, you’d add more maces to your equipment deck.

But hey! I’m not going to tell you how you should play. In fact, for you non-deckbuilders out there, there’s an auto-fill option so you can get straight to business. You just may or may not have the most optimized deck for the boss you’re searching for. Maybe you’re feeling lucky?

Anyway, you’ve got some control over how many combat versus non-combat encounters you have in your Encounter deck, however, some are locked for the sake of progression or because they’re linked to future encounter cards that have yet to be actioned or unlocked. Get unlockin’!

To gain new cards you must successfully complete encounter cards that are marked with a red token. Yet another thing to consider as you customize your encounter deck!

So there you have it, guys! A bit more on Defiant and Hand of Fate which is available today on PlayStation Store.