The Crazy Story Behind Shiftlings on PS4 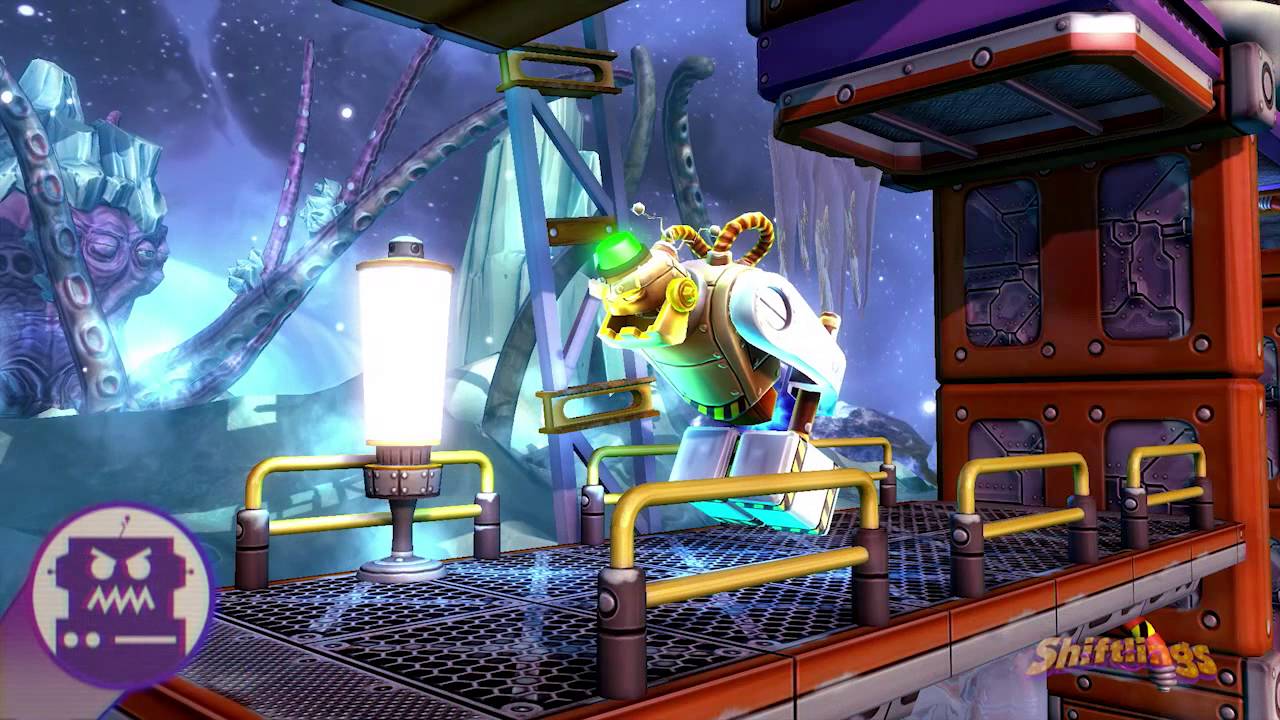 Hey everyone! It’s so awesome to be able to share a bit of the background story behind Shiftlings with you, because, yeah, the game actually has one!

The prototype for Shiftlings was born during a Game Jam competition here in Norway. Due to holiday, vacation and family (ahem…) interference, we only had five days instead of ten to come up with an idea to fit the theme of “Size Matters.” So our first task was obviously to get the game design and core mechanics in place.

However, we were always quite adamant that there should be a reason why you would want to go through any level, even if that specific reason (and its conclusion) would only be revealed at a later point in the game. After all, solving puzzles just for the heck of it is not really incredibly interesting.

Once we had the heart of the game in place, we wanted to make sure everything around that core made sense and gave the mechanics meaning.

We took some inspiration from our favorite game shows to create the framework for our game. Many shows have cheeky narrators with vibrant commentary, not always done in the nicest way, and it quite obviously comes at the expense of the competitors.

We wanted to leverage this idea to create Zookod, our version of that narrator — the host of the multi-galactic reality TV show the game is set in. The TV show in question is called (You guessed it!) “Shiftlings,” which is one of the (many) reasons we went with that title for the game.

Our two doofuses are completely oblivious to the fact that their every step, hop, and tumble is watched and commented on. They simply believe they are doing their jobs as WePlanet Janitors, whereas in fact they are the main attraction. Or, to be precise, their actions are.

As players, you are controlling the Shiftlings on their various tasks, but at the same time you are also part of the audience that enjoys their failings. Zookod can be encouraging sometimes, but he is not the nicest guy — he doesn’t have to be, after all. It’s all about those numbers, right? The TV show is fun to watch, but at the same time, it’s also a nice reminder that watching others be made fun of is what a lot of entertainment is built upon. So the frame is supposed to be both entertaining but also a bit of a reminder that it can be unfair and cruel at times.

Zookod also acts as a link between the different worlds, transitioning you from one planet to another, offering some background information and other tidbits about the places you’ll be playing in. He even drops a few hints here and there that there’s some bigger purpose to the work you (and the Shiftlings) are doing through each level… but, hey, SPOILERS!

The rest, well… that’s for you to find out soon! Shiftlings will be available to download on PS4 this March. We’ll be checking out the comments below, so let us know if you have any questions!