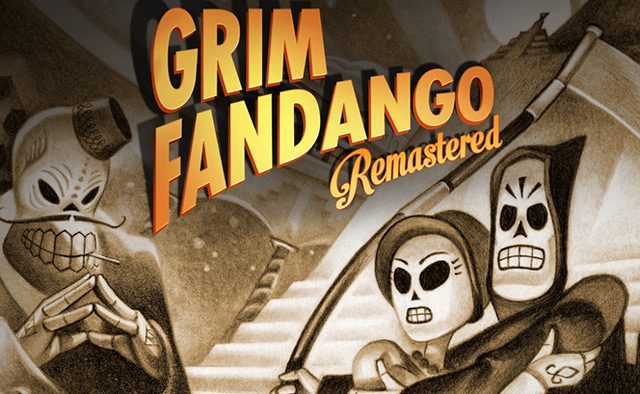 It’s a special week in the world of PlayStation, as the legendary adventure game Grim Fandango returns to the spotlight in a gorgeous, remastered edition for PS4 and Vita. Welcome back, Manny!

In Grim Fandango Remastered, players are (re)introduced to Manny Calavera, a travel agent working at the Department of Death. Manny sells travel accommodations to souls on their way to eternal rest, until he gets tugged into a conspiracy that’s a little more high stakes than just “life or death.” Grim Fandango has been meticulously enhanced with a new lighting system, higher resolution assets, and even remastered audio to sweeten an already spectacular score. For old fans and newcomers alike, Grim Fandango is required playing in this curriculum we call video games.

Speaking of the dead — or the undead, in this case — Dying Light arrives on PS4 with an open-world apocalypse. Traverse massive environments littered with infected in order to survive. Gather items, craft weapons, and outrun all the hungry zombies that have unanimously elected you as their next meal.

There’s more games coming, though, so read on for the full list. And as always, enjoy the Drop!

Dying Light
PS4 — Digital, Retail
Dying Light is a first-person, action survival game set in a vast open world. Roam a city devastated by a mysterious epidemic, scavenging for supplies and crafting weapons to help defeat the hordes of flesh-hungry enemies the plague has created. At night, beware the Infected as they grow in strength. Live to survive another day.
Grim Fandango Remastered
PS4, Vita — Digital (Cross Buy)
Something’s rotten in the land of the dead, and you’re being played for a sucker. Meet Manny Calavera, travel agent at the Department of Death. He sells luxury packages to souls on their four-year journey to eternal rest. But there’s trouble in paradise. Help Manny untangle himself from a conspiracy that threatens his very salvation.
Hyperdimension Neptunia Re;Birth2 SISTERS GENERATION
Vita — Digital, Retail
If your princess is a self-referential, fourth-wall-breaking RPG that skewers both the game industry and gamers in equal measure, then Hyperdimension Neptunia ReBirth2 is your castle! You’ll fight in free-roaming battles as characters known as CPU Candidates — the younger sisters of CPUs, who watch over nations. Using over-the-top attacks, powerful transformations, and more, these Candidates will have to step into the spotlight to save their sisters and the world of Gamindustri!
Life is Strange (Episode 1)
PS4, PS3 — Digital (Launching Friday)
Life is Strange is a five part, episodic series that sets out to revolutionize story-based choice and consequence games by allowing the player to rewind time and affect the past, present, and future. You are Max, a photography senior who saves her old friend Chloe by discovering she can rewind time. The pair soon find themselves exposed to the darker side of Arcadia Bay as they uncover the disturbing truth behind the sudden disappearance of a fellow student.
Nihilumbra
Vita — Digital
Discover the beautiful world of Nihilumbra and join Born on his adventure to find himself whilst trying to escape from his inevitable curse. Born was created from the absolute nothingness: The Void. But somehow he separates himself from the black emptiness and appears in the world. This is where his long odyssey begins.
Update: The release date of Teslagrad has been moved. We appreciate your patience!
Teslagrad is a 2D puzzle platformer with action elements, where magnetism and other electromagnetic powers are the key to discovering the secrets kept in the long abandoned Tesla Tower.