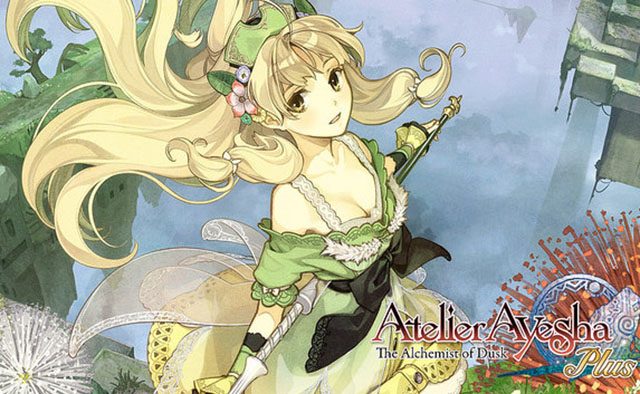 Hello PS Vita players! We’re happy to announce that today we are launching Atelier Ayesha Plus ~The Alchemist of Dusk~ on PS Vita via PlayStation Store.

If you’re not familiar with the Atelier game series, it’s a RPG developed by one of our development teams, GUST, in Japan. Unlike the previous titles in the Atelier series, the setting for Atelier Ayesha Plus — the Dusk World — is on the verge of ruin, the glory of their civilization based on alchemy all but lost. Additionally, Hidari’s role as illustrator serves to further deepen the presentation of the Dusk World.

Atelier Ayesha Plus tells the tale of a girl, Ayesha Altugle, who after the death of her grandfather and the disappearance of her younger sister Nio, now lives alone blending healing cures to sell in her workshop. Upon a vision of Nio appearing near her empty grave, Ayesha is convinced Nio is still alive and begins her search to save her sister.

This enhanced PS Vita version will bring new features including dual audio (English and Japanese voices), new bosses, new costumes, a Hard mode, and the Album missions which unlock exclusive costumes and gameplay features and the ability to change party members at any time.

Atelier Ayesha Plus will be available on PS Store today and if you download it from January 13th to February 10th, you’ll receive Bonus costumes as a bundle.

For more information about Atelier Ayesha Plus, please visit the official site.