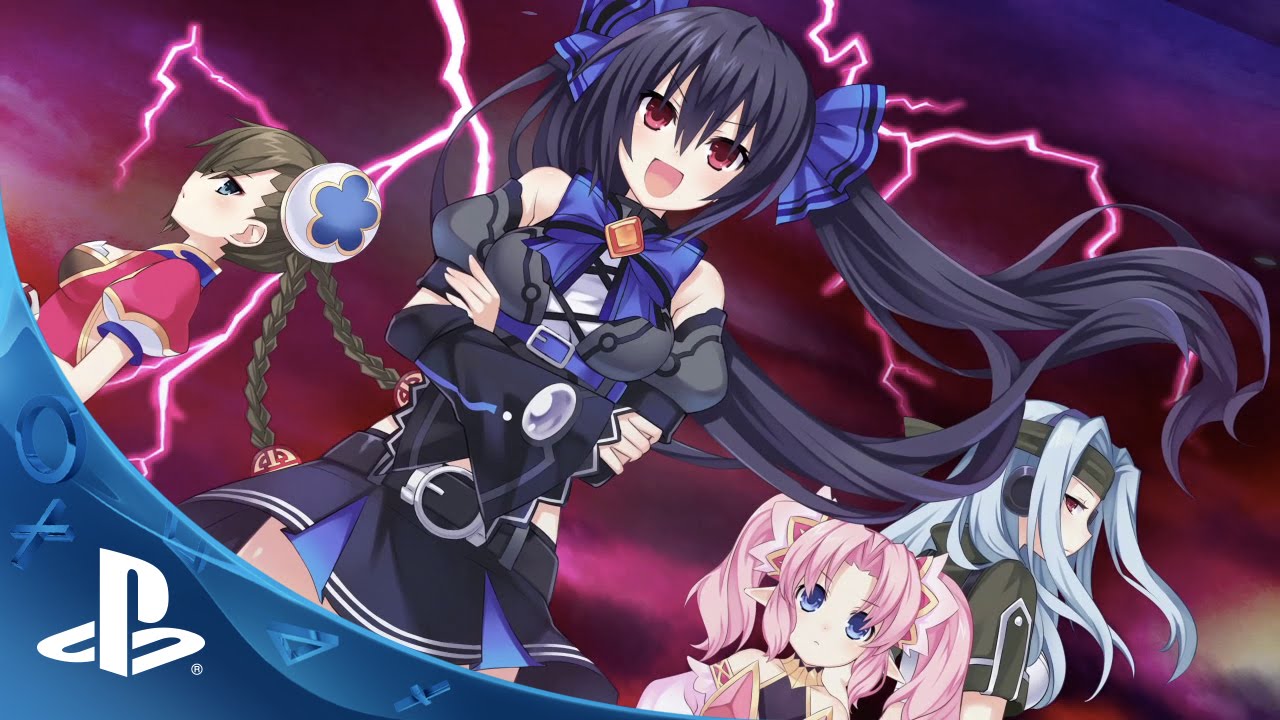 Greetings, ladies and gentlemen! My name is David, here for Idea Factory International, and I’m happy to give you a glimpse of the battle system for the upcoming strategy RPG Hyperdevotion Noire: Goddess Black Heart, which is launching early 2015 exclusively on PS Vita. This spinoff of the Hyperdimension Neptunia world introduces a new way for everyone’s favorite Goddesses to fight, and they’ve brought a whole army of friends to help them!

Taking place in the new world of Gamarket, you’ll see that the Goddesses get the chibi treatment, but just because they’re smaller doesn’t mean they can’t do huge amounts of damage! Because if there’s one thing these characters do better than breaking the fourth wall, it’s battle. And for the first time ever in the Hyperdimension Neptunia series, your battleground is a 3D strategy grid.

Your Goddesses will bring their crazy skills to the world of strategy, and lay the smackdown in a whole new way, but you can’t just run up to your enemy and hit ’em or else you’d be taking the “strategy” out of “strategy RPG”. No, there’s some new things you’ve got to think about with this game’s battle system.

First, we’ll start with the characters. With a new world comes new characters, and while Noire and friends are based on game systems, these new folks are rooted in a variety of favorite game series. There’s Lid, an eyepatch-wearing stealth freak who gets around in boxes; Lee-Fi, a fighter with a certain button sequence on her bangles; and Vio, a pistol-wielding lady with a zombie puppet and umbrella.

There are plenty more playable characters — a total of 26, to be exact — each equipped with their own special skill sets and weapons, because you’ve got to amass a small army if you want to be able to survive on the battle grid. With so many choices, it’s only fair that you should be able to swap characters mid-battle so everyone gets a taste of (Neptunia?) victory!

There’s an added bonus to giving all your characters a taste of battle — by having characters perform special skills next to allies, you’ll be able to bump up their Lily Rank. Increasing Lily Ranks means a higher Lily Boost, so that the next time that character performs a special skill with their allies by their side, their friends will lend an encouraging peck on the cheek, increasing the skill’s effect and dramatically lowering the skill cost.

Performing special skills with the Lily Boost will also build up Lily Points, which will activate ultra-special moves and Goddess transformations. So mix and match your party and share the love — it’ll keep your party in tip-top shape!

You’ll really need to make sure your party is ready for battle, because in this world, enemies aren’t the only ones out to get you — the battlefield itself is a place rife with danger! Fire pits, floating logs, electric slides (you’ll know it when you see it)… All of these things and more are scattered throughout your battle maps like flower petals from a particularly sadistic flower girl.

You’ll have to plan out your line of movement a few steps ahead in order to avoid falling prey to such unforgiving terrain. One misstep and you’re charred moe in a pit. Not only that, but enemies can inflict all kinds of strange status effects on your party — you can be pixelated, zombie-fied, or even turned into a block of tofu! Each effect has its own benefit and cost, so maybe that bane is really a boon?

So the world of Gamarket might look sweet and cuddly, but it’s really a non-stop fight for your life wrapped up in cuteness. Lucky for you, you’ve got a mini army of game parody characters fighting on your side to get through such treacherous terrain and sneaky status ailments — and if you play your cards right, they’ll be able to boost up your attacks with an encouraging kiss! We all need a little love on the battlefield. Until next time, David out!