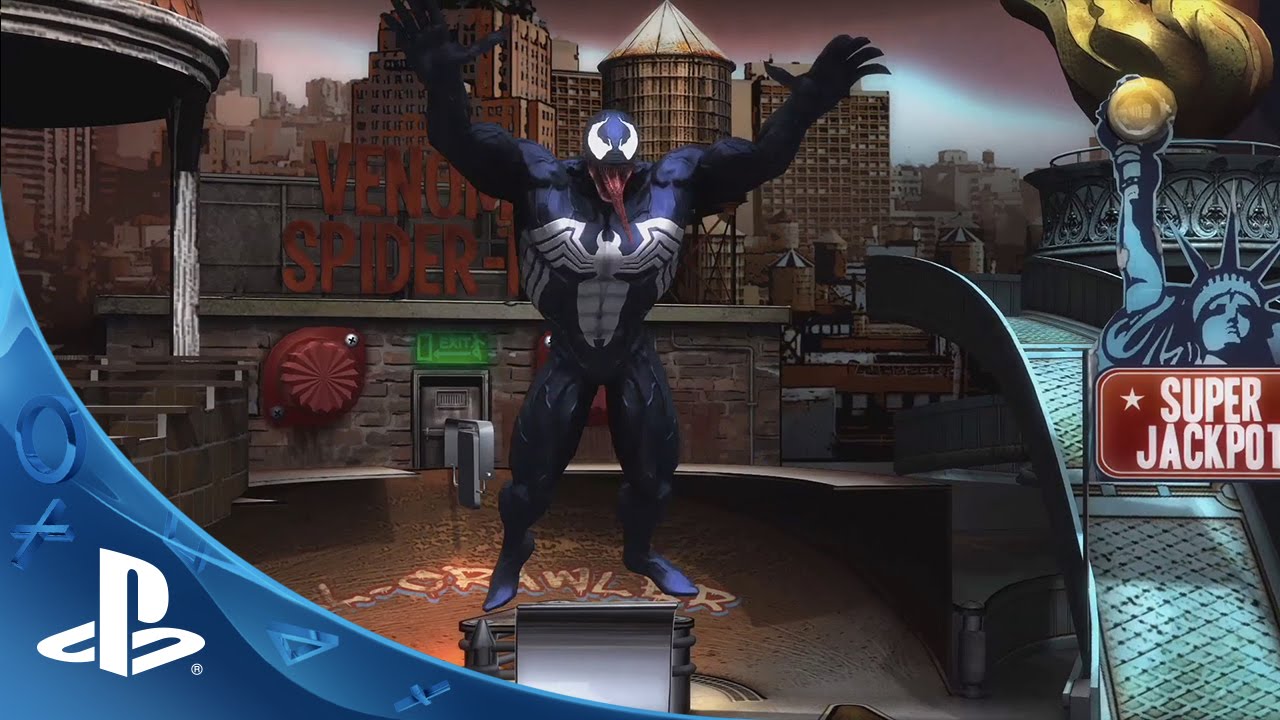 Spider-Man’s symbiotic nemesis gets his own pinball table! Our latest creation based on a Marvel Comics property stars Spider-Man’s archenemy, Venom. Venom pinball launches today for Zen Pinball 2 for $2.99! Purchase the table on PS3 or Vita first, then import to PS4 to enjoy on all three platforms!

As Eddie Brock’s journalism career spiraled downward, he always blamed Spider-Man for his own failure. A symbiotic organism from an alien world sensed his rage, and having itself been rejected by Spidey before, shared his hatred of the web-head. Thus, the Symbiote chose Brock as its next host, and together they are Venom.

The Venom pinball table features Eddie Brock as the Symbiote-empowered villain as he faces not just his mortal enemy, Spider-Man, but also the threat of his twisted offspring, Carnage. Can Venom and Spider-Man team up to defeat a greater threat?