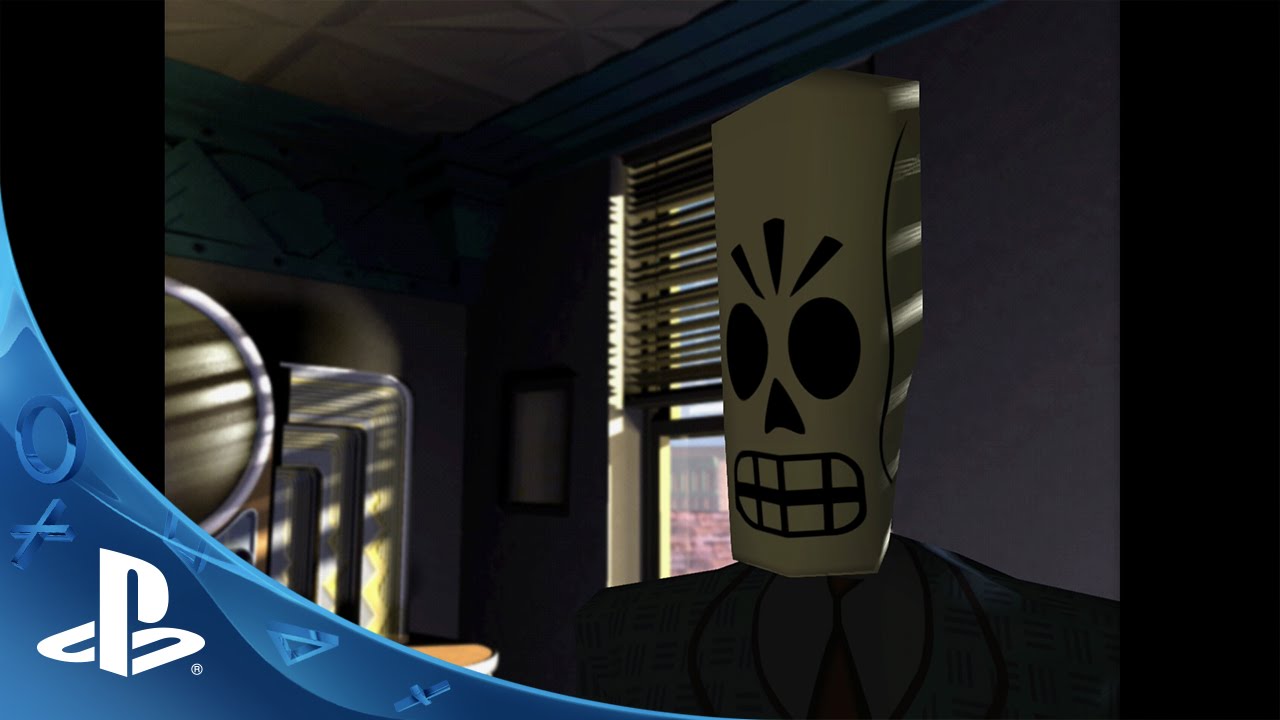 Tim Schafer is never “off.” The funnyman game designer and founder of studio house Double Fine Productions is constantly cracking jokes, even when he’s trying to be serious. So when we had a chance to interview him about his upcoming adventure game, Grim Fandango Remastered, we didn’t even try to play it straight (for the most part).

The original Grim Fandango originally came out over 16 years ago and became a cult classic. Now it’s getting a full, fresh HD makeover for the PlayStation 4 and PlayStation Vita, due out January 2015. But who should care? Schafer explains:

Q: I’m a 15-year-old gamer, and the original Grim Fandango came out before I was even born. Why should I play your old-man game?

Tim Schafer: When my older brother went away to college, I raided his record collection and randomly pulled out Led Zeppelin III. I had never heard Led Zeppelin before, so when the opening notes of Immigrant Song burrowed into my brain, I was not prepared. My head exploded and my life was forever changed. What if I had said, “Nah, I won’t check this out. It came out before I was born?” That would have been sad. So, in summary, Grim Fandango is as good as Led Zeppelin. That’s why.

Q: I’m a 35-year-old gamer, and I loved loved loved the original Grim Fandango! But I’m a busy adult now with children, a career, and bedtime of 9:30 p.m. Why should I take the time to play your game again?

Tim Schafer: Because we took out the tank controls.

Q: I’m too busy killing punks in Call of Duty. Who cares about Grim Fandango Remastered?

Tim Schafer: Does Call of Duty have Flaming Bone Beavers? Beat poetry? An octopus who can drive a submarine? (Please tell me if it does–I haven’t played the new one yet.)

Q: The gaming landscape has altered dramatically over the last couple of decades. Connected, more powerful consoles. Games as a mainstream form of media (yet with the discussion of whether they are “art” or not still somewhat unsettled). Divided and embattled demographics. The rise of independent development, crowdsourcing, critical analysis, etc. What are your thoughts on where the industry is today versus 15-20 years ago?

Tim Schafer: A lot has changed, but in the end, one thing is the same: People want great games. And barring a couple of technical problems (that have all been heroically fixed in the remaster), I believe Grim Fandango really stands the test of time. It’s a story about life and death and loyalty and mystery, and I think those themes transcend any trends in platforms, funding, or technology.

Q: Fine! If I buy your game, will you finally re-release Day of the Tentacle?

Tim Schafer: Yes, if you buy five copies of Grim.

No wait, seven. Ten copies would really seal the deal.