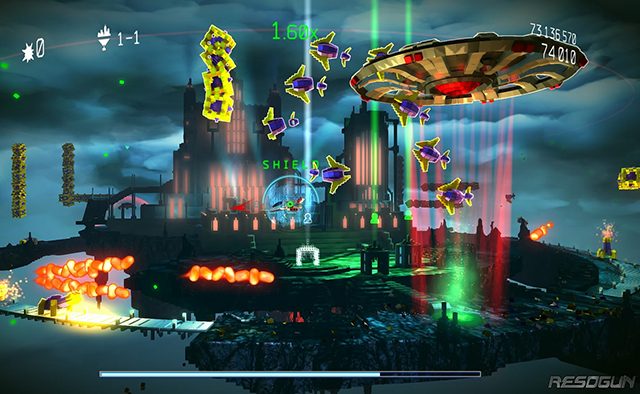 As some of you may have seen in our last update, we’ve been busy working on the final expansion pack for Resogun, and are pleased to announce that Resogun: Defenders will be with you in early 2015. The Defenders DLC will be $4.99, and is also included in the Season Pass if you’ve already pre-purchased the content.

We’re really excited about this expansion and can’t wait to share some more details with you over the next few weeks. What we can share right now is that the expansion will feature 2 all-new game modes — Protector and Commando — new ships, and all new planets featuring some of our most detailed artwork to date.

We’ll also be releasing a major content patch for all players alongside the expansion pack. This patch, code named “Challengers” will update the game with new challenges and feats stretching across all existing game modes and will let you earn challenge points to increase your rank as a Resogun pilot. The patch is a free update for all Resogun PS4 owners.

What’s more is that we’re very pleased to announce that both the content patch and expansion will be available to play this weekend exclusively at PlayStation Experience in Vegas!

We’ll be back here in the coming weeks with lots more information regarding the patch and expansion, so stay tuned.