Hey, PlayStation fans! Greg Bauman here from Edge of Reality, the lunatics behind Loadout. Last week, we told you that Loadout was going to launch on PS4 in the near future, but today I’m here to tell you just how near the future is: you’ll be able to download and play Loadout for free via PlayStation Store on Tuesday, December 16th, 2014.

We’ve put together a launch trailer that shows off all the incredible stuff that PS4 players are going to get this month. Seriously, we’ve got a lot in store for everyone. It’s not just the billions of guns — we’d feel downright rude if we weren’t including the billions of guns. No, there’s way more that we’ve packed into Loadout. Take a look at some of it here… and pay attention near the end for an extra treat!

We agonized for weeks over what we ought to get you guys for the holidays. I mean, we were already giving you all these guns and all the ammo to go with them — so what do you get for the PlayStation fan who has everything? That’s when it hit us: you help them to be a PlayStation fan.

The launch of Loadout on PS4 is going to include the SuperFan Bonus Pack for PlayStation Plus members as a free gift from us to you! Slather up your character with some stylish and only slightly radioactive body paint in the classic PS4-themed blue and whites. Heck, if you get some red splattered in there — just saying, it’s a possibility — it becomes patriotic. See, it works on lots of levels! 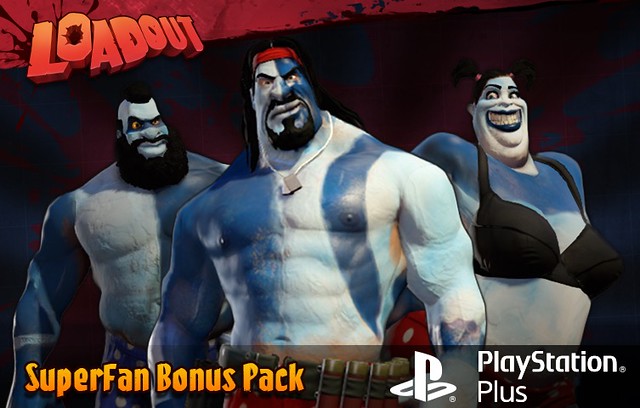 Speaking of Super Fans, we’re even inviting a bunch of PlayStation 4 fans to go hands-on with the game at PlayStation Experience this weekend! Loadout will be there in Las Vegas alongside a bunch of other incredible upcoming PS4 titles. You can join us at the Sands Expo and Convention Center, where we’ll be meeting and greeting fans, comparing gun choices, arguing who could beat who in a fight, and showing off Loadout on PS4 for the first time.

Seriously, is there any more appropriate venue for us to be debuting Loadout on PS4 than Las Vegas? Our game is as shiny and exciting as any casino; it’s just that instead of shooting craps, you shoot the crap out of everyone. Add a horde of hardcore PS4 fans into the mix for PlayStation Experience, and I think the odds are pretty great for us to all have a wonderful time. 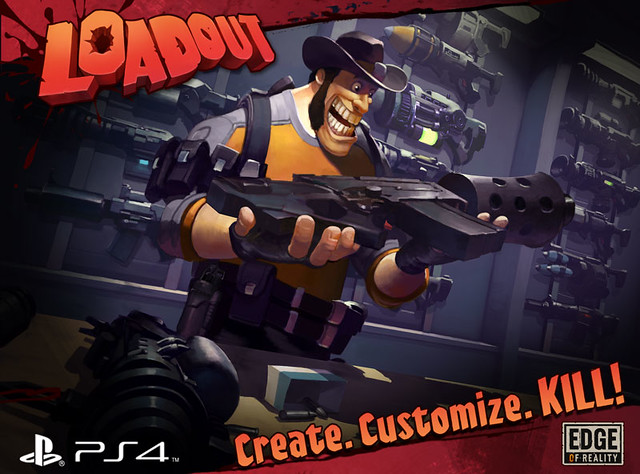 For everyone who can’t join us in Vegas, you’ll be able to experience Loadout in just about two weeks, rendered in all the gruesome detail that PS4 can provide. We can’t wait to see all of you running around in our world.

So, if you’re looking to try Loadout for yourself, we hope to see you this weekend in Vegas. If you can’t make it, we’ll miss you, but the game will be out pretty soon after that. We won’t miss you anymore at that point; we’ll be using laser-guided bouncy rockets by then.

To sum up: free gift for PlayStation Plus, friend-annihilating fun times, and a gigantic pile of different gun combinations, all showing up on your PS4 on December 16th, just in time for the season of giving away all of your ammo at high speed.

See you at PlayStation Experience!