Inside the Creation of Saints Row: Gat out of Hell’s Musical Number 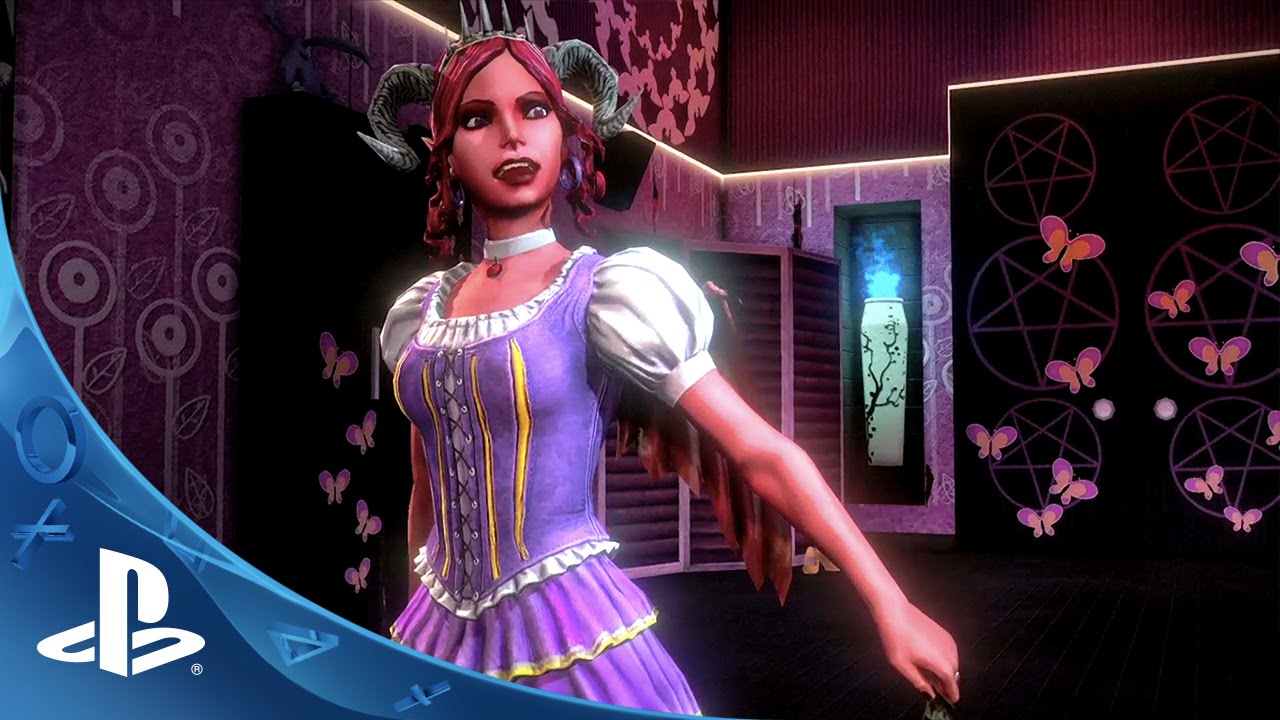 Music has always been an important part of the Saints Row franchise:

So when we decided that Gat out of Hell was going to be Saints Row’s take on a Disney-esque fairy tale, we knew pretty early on that a musical number was essential to the experience.

This was exciting to me for two reasons: First, the introduction of a musical number wasn’t going to be just some gag, it (like all musicals) was going to convey central plot points and character motivation just like any cutscene. And second: as a lifelong fan of Disney movies and musical theater (fun fact: we had an impromptu sing along to “Any Dream Will Do” while recording Robin Atkin Downes) writing an original song for Saints Row was a dream come true.

The melody came to me while I was speaking at the Escapist Expo. Over the course of the con, in between panels and running a tabletop game for some Saints Row fans, inspiration would strike and I would run to various corners of the convention hall and sing a melody into my cell phone. Then each night I would listen to what I sang and write lyrics, tweak the melody, etc. By the time I came back from the expo I had a musical number that had four distinct sections.

As soon as I got back to Volition from my trip the first thing I did was sing the song to Larry Gates and Ariel Gross. Larry and Ariel took my vocals and began writing music to go along with the melody (Larry did sections 1-3, Ariel did the piano for section 4). While they were working on the music, I was working on casting the right Satan and Jezebel. 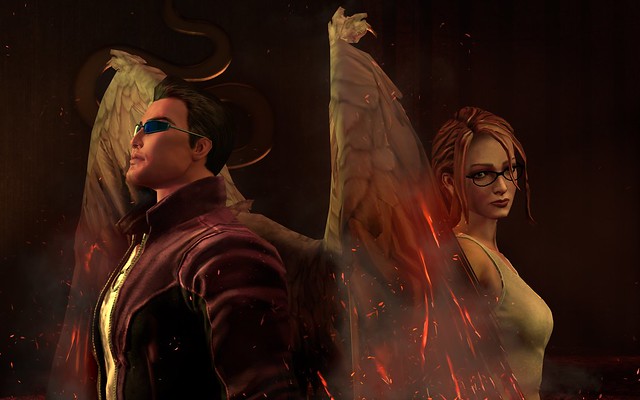 Finding Satan was easy: Travis Willingham is the voice of King Roland on Sophia the First (which is adorable by the way, if you have young kids watch it!) so having him play a darker, more menacing version of a father figure was perfect and right in his wheelhouse.

Jezebel however, was a little more complicated. We needed someone who could nail the singing as she has the most heavy lifting, but she also needed to be a great Disney princess as well — someone with strength and vulnerability in equal parts.

For the Jezebel auditions we had actresses act out a scene from the game as well as sing either “castle on a cloud” or “part of your world.” After the auditions came in, I started doing eliminations in a series of rounds: first I would only listen to the acting portion and make cuts. Then I would listen to the singing portion and make cuts. This back and forth happened until I narrowed down the insanely large list of actors down to three.

As my wife also has a background in musical theater and opera, I played her all three auditions and asked which one had the best technical chops in the song, and she made the final call… little did either of us realize that we just cast Kate Reinders… who played Glinda from Wicked on Broadway.

Our cast locked, we wanted to prepare materials for our actors to look at ahead of time. Larry recorded local theater folks to replace my scratch track and I wrote sheet music for the actors. We packaged up our little musical care package and sent them off into the wild, eager to record our musical number. There was just one little problem…

Not every agent passed along the material to their client.

There is a magical moment of terror that comes when you ask an actor if they have any questions about the full musical number and they look at you with blank stares… however everyone was a pro and dove in head first. I remember when Kate was singing, there was a time when Larry and I started prancing around the booth we were so giddy at how well it sounded. 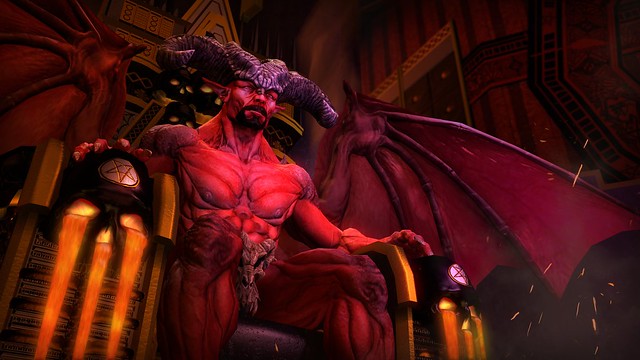 The vocals were done, but we still had a lot of work left: Austin Wintory had to compose music for live instruments and Zach Lowery, Ev Religioso, and I had to block a musical number.

On the mocap set there were lots of little details we wanted to try to convey (for instance: in section 3, we wanted Kinzie and Gat to have over exaggerated body movements as if they were selling to people sitting in the back row, and at one point Johnny checks his ear to hear how he sounds), and so we knew that even though we were recording in a different studio than usual we needed the actors that we worked with for years. We flew in America Young and Andrew Ray to Chicago, and blocked out a full day dedicated just to getting the musical portion of the shoot correct. As usual they were consummate professionals and totally killed it (there may or may not have been tears of joy).

When it’s all said and done, the musical number “When I Find Love” is my favorite thing that I worked on at Volition. My only regret is that we didn’t have the time or budget to make the whole thing a musical.