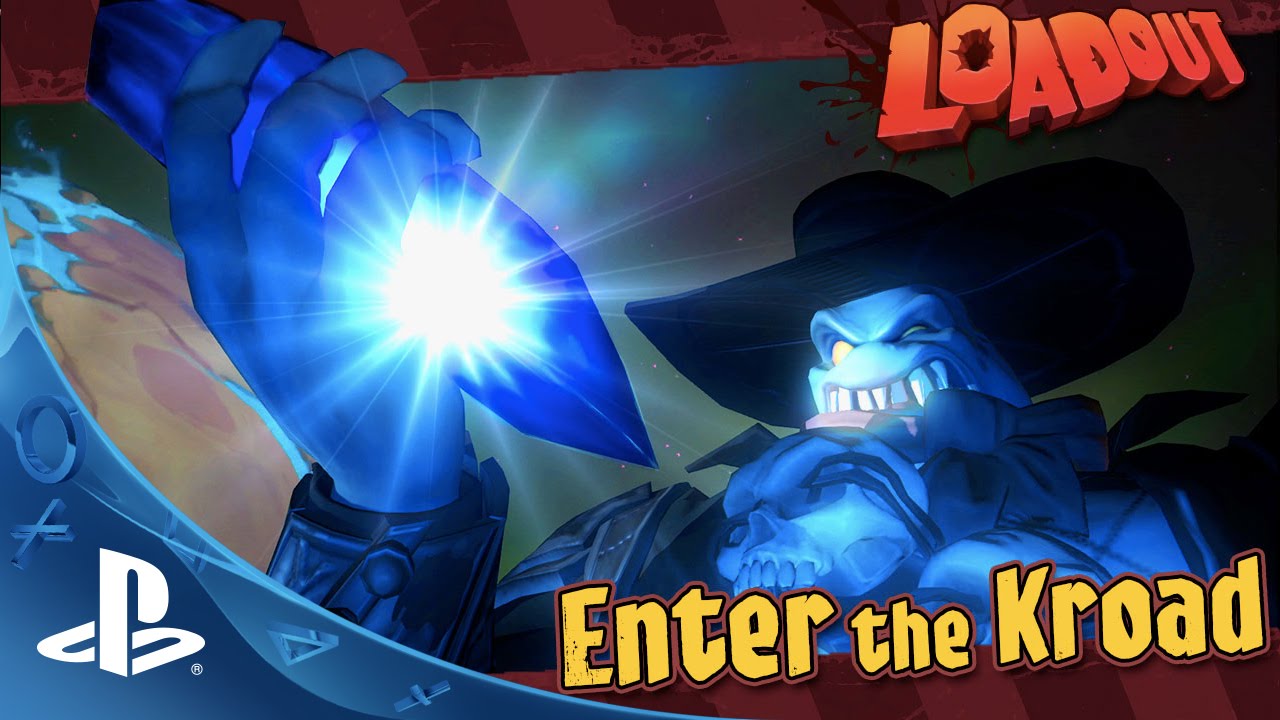 Hello again, PlayStation fans! I’m Greg Bauman from Edge of Reality, the fine folks behind Loadout, the game we introduced you to at E3 this year. The team here has been toiling away to get our game ready to play on PS4! These things do take time — there’s a lot of work in checking, adjusting, and cleaning the barrels on several billion weapons. The amount of gun wax we go through in a day — don’t get me started.

Still, we’ve made fantastic progress, and Loadout will be making its PS4 console-exclusive debut very soon! Before you know it, the ridiculously explosive world of Loadout will be swarming with PS4 players! That’s the good news.

The bad news is, you guys won’t be arriving alone. Take a look at THESE guys… 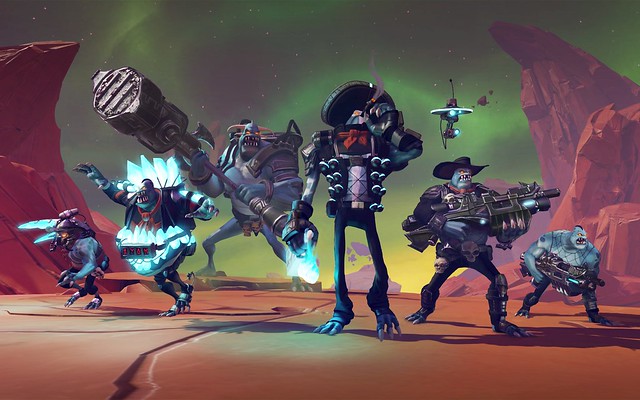 It turns out when we announced that we were letting the PS4 community fight over shiny, precious rocks in Loadout, a group of intergalactic, Blutonium-hungry killers decided to show up and take all the rocks for themselves. They’re called the Kroad, and it turns out their way of solving Blutonium-related disputes is remarkably similar to our own, and involves the gratuitous application of needlessly overpowered weapons.

So, yes, the Kroad are hazardous to your health. However, you’re also going to get the chance to work together and shoot their alien faces off! We’ve been working hard on the new co-op Campaign mode for Loadout, and that mode is coming to PS4 when the game launches! 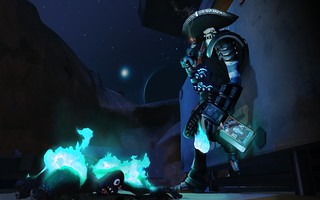 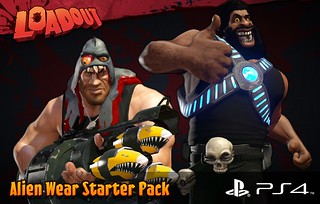 The new Campaign will be showing up on both PS4 and PC in the near future, and with it, we’re also releasing the Alien Wear outfit collection — a stylish yet comfortable line of apparel that’s sure to be all the rage among extraterrestrial extermination enthusiasts this season!

You’ll be able to load up your Loadout character with these items, made from mostly-cleaned-off alien bits, when we fire up the game for PS4 in the near future. We’ve also got some PS4-exclusive items on the way that we can’t wait to tell you about. So, stay tuned, and we’ll tell you about it!