Guilty Gear Xrd -Sign- Demo Out Tomorrow for PS Plus 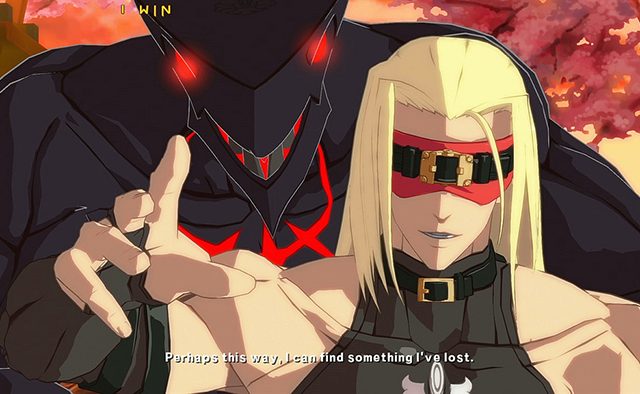 Hello there, friends! Russell from Aksys Games here to announce that from November 25th, 2014 (that’s tomorrow) to December 8th, 2014, a Guilty Gear Xrd -SIGN- demo will be made available on PS4 for PlayStation Plus members!

Get an exclusive sneak peek at this revolutionary fighting game and take control of main characters, Sol Badguy and Ky Kyske, in this extreme, flashy return of one of the most legendary franchises in the fighting game universe.

So what exactly is in this preview you might ask? Well, I’m here to tell you!

For starters, the Guilty Gear Xrd -SIGN- demo for PS4 will give you access to the Sol Badguy and Ky Kyske storylines in Arcade Mode. Whether you’re a seasoned Guilty Gear player, one that needs a quick refresher, or a newbie to the Guilty Gear world, you’ll be able to get a taste of what’s in store for the full version of the game!

For the uninitiated, Sol Badguy is our hulking hero, a bounty hunter with an awesome weapon that moonlights as a lighter (no joke, and it’s crazy). Ky Kyske is his polar opposite, and uses his finesse and fancy moves (Lightning…LIGHT-N-ING!) to fight. Oh, he also happens to be a king…

Also available is the very extensive Training Mode! Take control of Sol Badguy and learn everything from basic moves to advanced combos and skills. Prep yourself so that when you’re pre-ordered copy comes in (wink, wink), you’ll be ready to battle it out against your friends in Network Mode, or go through the many challenging modes the full game has to offer.

What makes Guilty Gear Xrd -SIGN- truly revolutionary will be on full display in this demo. ARC System Works, developers of the Guilty Gear and BlazBlue series of fighting games, mixed their trademark 2D animated styles and brought it into the world of 3D. Believe it or not, what you’re playing is a 3D “drawn” game made to look and feel 2D! What does that mean? Every time you do a special attack, get ready to go for a spin as the camera brings you into the heart of the action, giving you a sometimes 360 view!

The Guilty Gear Xrd -SIGN- demo will be available starting tomorrow, November 25th to December 8th for PS4 Plus users, so be sure to download it and check it out! And the full experience of Guilty Gear Xrd -SIGN- will be available in retail stores nationwide and PlayStation Store on December 16th. The PS4 and PS3 physical copies come in two versions: a standard edition and a limited edition that includes an art book, CD, specialized box and keychain.