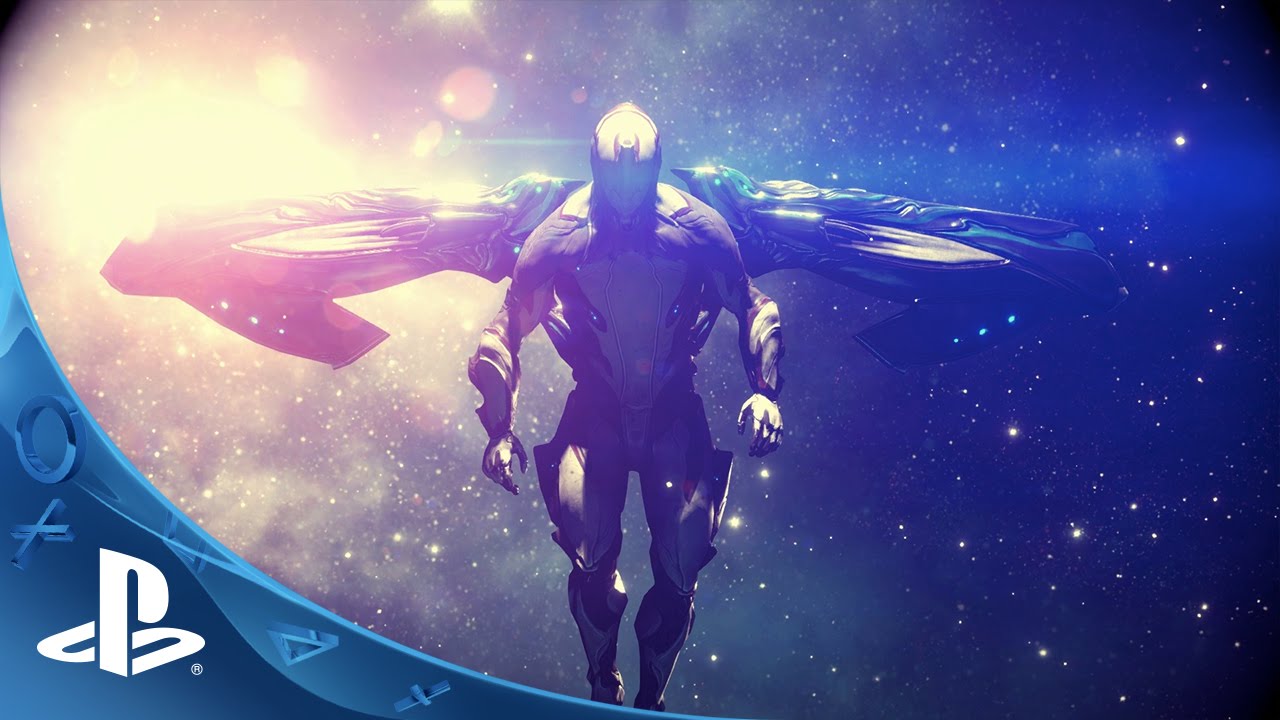 If you’ve been following Warframe’s ongoing development, then you know that Archwing is a pretty huge milestone for everyone here at Digital Extremes. With this particular update we’ve made some serious alterations to the Mod system, introduced several new game modes, a new Warframe, new enemies, and a pretty extensive amount of player customization options.

It’s been a long road across the Solar System, but the moment has arrived. Truly, the “Space” has been put into Space Ninja today.

Let’s start things off with our most ambitious gameplay update yet: Archwing. Archwing is a new technology unique to Tenno and Warframes, allowing you to combat enemy forces in space. Building the Archwing will require players to follow a quest available at Mastery Rank 2 in order to retrieve the necessary components. Once you assemble the Odonata Archwing you’re free to take off and start turning Grineer into stardust.

The second Archwing, the Elytron, and new Archwing weapons are unlockable through playing any one of Archwing’s three mission types: Interception, Extermination, and Sabotage. Unique Mods for Archwing components will drop through each of these missions, and further customization of your Archwing, weapons, and Mods can be done through the Liset’s Arsenal.

Joining the ever growing Warframe ranks is the stylish Limbo, a master of the rift able to pull anything out of his hat. Just as long as “anything” means unstable dimensional portals and death.

Limbo is a master of battlefield manipulation, and while it may take some time to adapt to his unique play style, anyone who enjoys solo play or complex crowd control should find him to be very rewarding. His primary and ultimate abilities allow him to banish enemies to the rift, dealing damage and preventing them from interacting with objects outside of the rift.

Limbo is also able to bring himself and allies to the rift as both a means of protection and assault. A good Limbo player will need to practice both patience and communication, but the reward is a Warframe that’s able to force any fight to be on his terms. 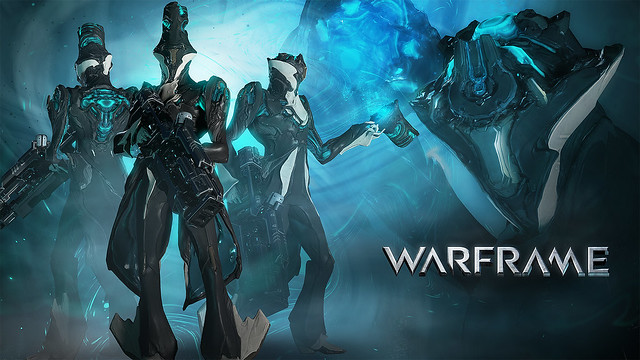 Do you often fantasize of customizing unique symbols on your Warframe? Love to kill stuff for unique rewards? Have you ever wondered what it would be like to earn favor for one of six organizations struggling against the constant balance of power that threatens all life in the Solar System? If you answered yes to all of those questions, you have some really specific needs.

Fortunately, we can help.

Each Syndicate has their own unique rewards for gaining increased reputation, and performing a mission with your chosen Syndicate’s Sigil equipped will increase your standing with that Syndicate over time. This earned favor can be spent like currency to buy unique Mods, items, Spectres, and fancier Sigils.

A new end of mission screen and Syndicate panel have been added to the game to help players keep track of their various reputations. Just check out the panel to the left of navigation, see what each Syndicate has to offer and blaze your own political trail! 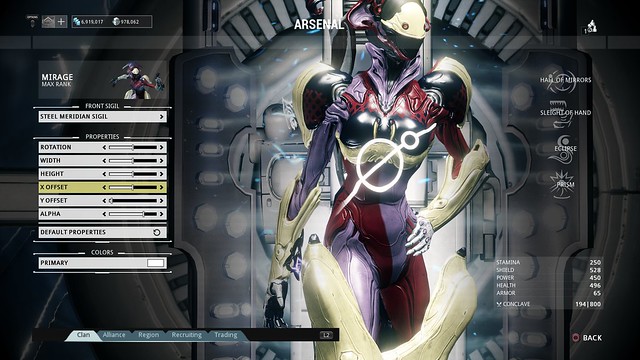 Joining a Syndicate is only half the battle, as no one would ever know who you represented if not for some kind of obvious symbol plastered to your body! Sigils are a new form of customization introduced with Syndicates that can be colored, resized, and placed upon your Warframe.

For now, wearing a Sigil while completing a mission is the only way to accrue favor with a faction, and you can expect plenty more Sigils in the near future. In the meantime, you can use Sigils to represent your Syndicate of choice while also looking totally stylish.

Finally, players can use Ember’s fireball to ignite their squad mates! If you have the right Ability Mod, that is.

Ability Mods are purchasable once you reach the highest rank possible within a Syndicate, and provide a new way to use individual abilities. For example, Ember’s Fireball or Saryn’s Venom will buff your allies to do fire or poison damage on their attacks. Ignite your friends, family, or douse complete strangers in toxic poison spores and remind them that you are helping the Tenno cause!

Being able to upgrade abilities with bonus features wouldn’t be any good if you didn’t have that particular Mod equipped, but fortunately your days of worrying about which Abilities to take on a mission are over.

This Update removes Ability Mod cards from drop tables and Warframes, granting every Warframe all of their powers without needing to equip particular Mods.

As a result, each Warframe will now go down to having only eight Mod slots instead of ten. Any slots removed that were repolarized will refund players with the Forma spent, and all Warframe Ability Mod cards will be turned into Fusion Cores of the appropriate rank.

Just in time for winter, the frozen landscape that graced the premiere of our Excavation game mode is making a return. Chill out beside the relaxing interior cave waterfall. Keep cool when throwing deadly hikou stars down icy caverns. Watch your enemies shiver with fear and freeze in terror as you…

Alright. You get the idea. It’s cold there. In addition to making a reappearance on Europa, this tileset will also make a special appearance in our new game mode Orokin Sabotage. Perhaps you’d like to know more? 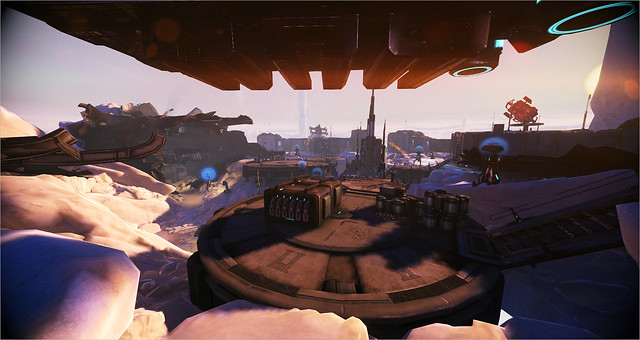 There isn’t a single scenario that isn’t immediately improved by dangerous inter-dimensional rifts. Void Sabotage is finally getting its update from Gate Crash, bridging the gap between Infested Orokin Derelict ships and Grineer / Corpus controlled tilesets.

In Void Sabotage, Tenno will need to explore Orokin Derelict ships in search of the portal room being used by enemy forces to raid spoils. Reversing the polarity of the portal, defeating the boss on the other side, obtaining their key, and using it to shut down the Tungsten Beam will result in a successful mission, but we couldn’t just leave it at that.

Corpus and Grineer lockers are hidden all throughout the Derelict level, and finding all three will give squads a shot at some pretty awesome rewards. Different tiers of Void Sabotage will be associated with different combined tilesets. As it stands the list so far is:

If you’ve ever had a hard time keeping track of Alerts, Invasions, or Quests then this new addition should serve you well! The Worldstate panel breaks down each special Alert into a separate tab that you can check on before starting any mission.

Selecting the quest of your choice will bring you right to the appropriate planetary node, making it easy to see which side is winning the conflict.

The martial prowess of a Tenno is something to be feared on the battlefield, and few escape with their lives once a masterful Tenno blade has been drawn. Few, except for those damn Osprey drones. Damn them, and their smug powers of flight. For too long they have eluded the sharpened steel of our weapons by turning their backs on us and floating the other way.

No more! Directional melee lets players perform mid-air dashes with their quick melee strikes, gaining extra length when channeling. Reaching elevated enemies and traps is now possible thanks to this addition to melee combat. Aerial attacks can also be used in succession with “coptering,” if you’re a particularly skilled Tenno.

Ability Mods and Archwing Mods are just the beginning. The Archwing Update also introduces a new set of mods to help players that enjoy delivering pain over long periods of time and distance. New increased proc duration Mods for all weapons will keep the enemy bleeding, and fans of beam weapons like the Quanta or Nukor will get be able to add increased range to their weapon customization.

Tracking what level your Mods unlock is about to become a lot easier in Dark Sectors with our new UI. This new menu will start at the beginning of every match, and Dark Sectors Conflicts will now have a 20 second delay before a round begins. This should give defenders enough time to join a match while at the same time giving players a quick reminder as to when their builds will begin to unlock.

Due to changes to Ability Mods, players will find that each Dark Sector match now begins with your first Warframe Power unlocked. As you gain levels additional Powers will unlock at Rank 2, 4, and 8.

Tired of pesky Corpus shooting lasers at you? Here at Digital Extremes we believe that conflict resolution is best handled with a giant puncturing beam of light. That’s why the Opticor is the go-to in conversational laser technology. Unleash a blast of deadly energy and give the Corpus a taste of their own medicine.

Finally there’s the Tiberon, a three round burst rifle that requires the Latron to build but makes some pretty significant changes to how it plays. Low recoil and high crit puncture damage make the Tiberon a burst-fire force to be reckoned with.

If you’re tired of going to Earth in order to fight Kubrow then we’ve got some awesome news for you. The Grineer Drahk Master have tamed Kubrow of their own, and have no objections on bringing them to the far reaches of the Solar System in order to maul some Tenno.

The introduction of Archwing gameplay also means new enemies, as simply tossing a lancer out the airlock into space proved less than effective (although hilarious). New enemies for both the Corpus and Grineer have been added to missions that require Archwing, each with their own varying types of firepower and abilities. 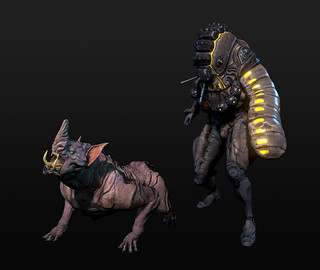 One big change coming to PS4 is a remap of the controller, moving Ability Power selection menu to R1 instead of its current location. Although this change is meant to help all our players use a controller scheme that’s a little more intuitive, we understand that many of our veteran players may have grown used to their current setup.

This change will immediately affect all accounts, but you’re still free to remap keys on your controller as you see fit. A ‘classic’ default controller control setting will also be available for players should you wish to return to the original default setting.

Just like with all of our updates, this update features a whole slew of audio changes, balance tweaks, and visual upgrades. This includes a recent update to Excalibur’s powers, more intuitive color blind friendly locker changes, and slight rebalancing to System Alerts. In addition, we’ve thrown in quite a few customization options in there as well!

Want a bobble head for your Liset? Done. We’ve also given everyone the option to purchase Warframe idles in the Marketplace, giving you the power to impose Limbo’s fancy idle animation onto the hefty Rhino. Just remember that with great power comes great responsibility.

Wow, that’s a lot of content for a single Update. Fortunately you’ve got a lot of options on how to approach it all, Tenno. If you’re not sure where to start out I’d recommend picking a Syndicate and maybe hopping into the Archwing Quest just to get the ball rolling. It never hurts to start building favor sooner than later with your chosen Syndicate, and I’m sure you’re all itching to blast into space with your weapons locked and loaded.