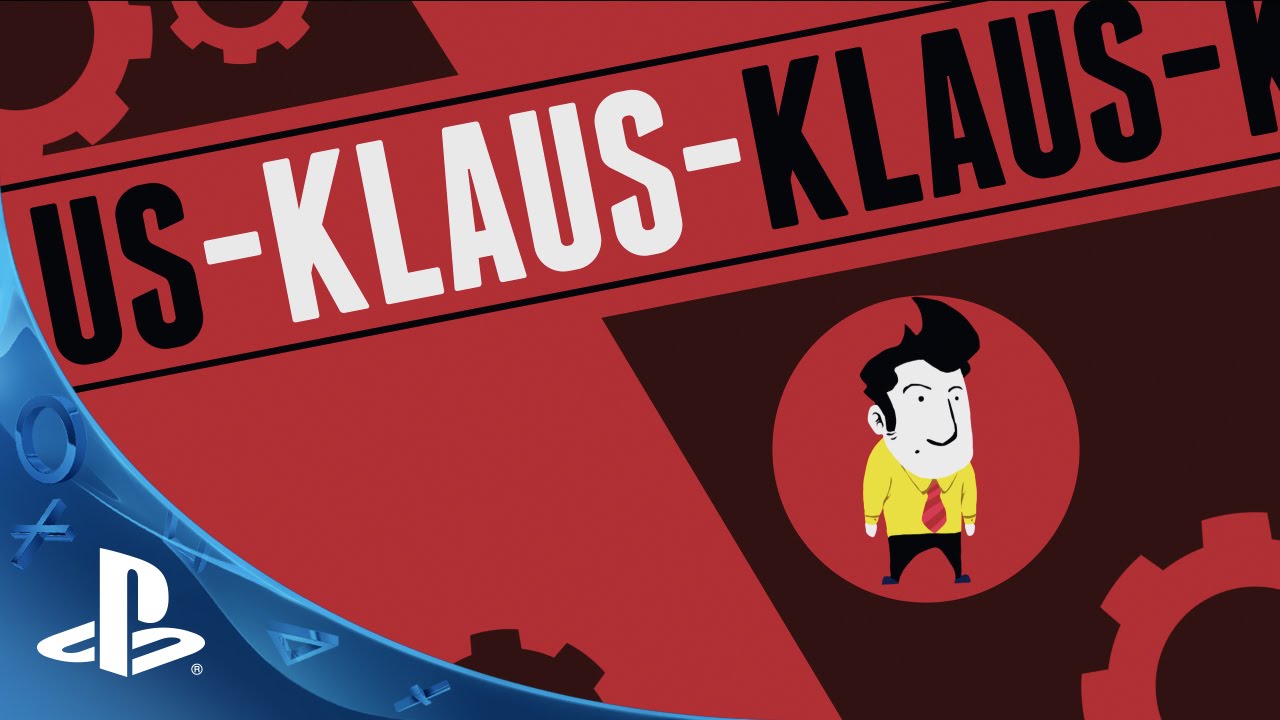 Klaus is a narrative driven, 2D puzzle-platformer that provides a non linear, self-aware experience while striving towards a fluid gameplay that allows the player to control two characters as well as the environment. Together, Klaus will be an immersive gameplay experience on PS4 and PS Vita in the second quarter of 2015.

Klaus wakes up in a mechanical prison with complete amnesia: he doesn’t remember who he is or how he got there. His only clue is the word KLAUS tattooed on his arm. This mystery will develop through the narrative, as Klaus meets other characters (both friendly and hostile) and discovers clues littered throughout the environment. Through exploration, the player will piece together his past and the realities of the enigmatic world he finds himself stuck in.

Along the way, Klaus will meet K1, a friendly brute damaged by prolonged imprisonment. With Klaus’ hacking ability, and K1’s propensity to smash, our two protagonists will have to work together to reach the end of their existential journey. The cooperation won’t end there; the two characters will have to work together to overcome obstacles. We plan to also have a co-op mode through local multiplayer, which will add another dimension to the already tight gameplay.

Klaus will feature an interactive environment. The player will be able to move and rotate objects such as jump pads, platforms, spikes, and others by using the unique touch features of both the PS4 and PS Vita. The touch mechanic will represent a major gameplay element that will allow the player to traverse the environment in more ways than one.

Another key aspect of the gameplay is when Klaus becomes aware of the player, and breaks the fourth wall by doing the opposite of the actions of the player, putting most faith in his own free will.

Klaus is being showcased at PlayStation Experience in Las Vegas this December, where a playable demo exclusively will be made available on both the PS4 and PS Vita. We look forward to all your feedback and opinions once you play this exclusive demo, and to seeing you guys there and sharing Klaus with you.