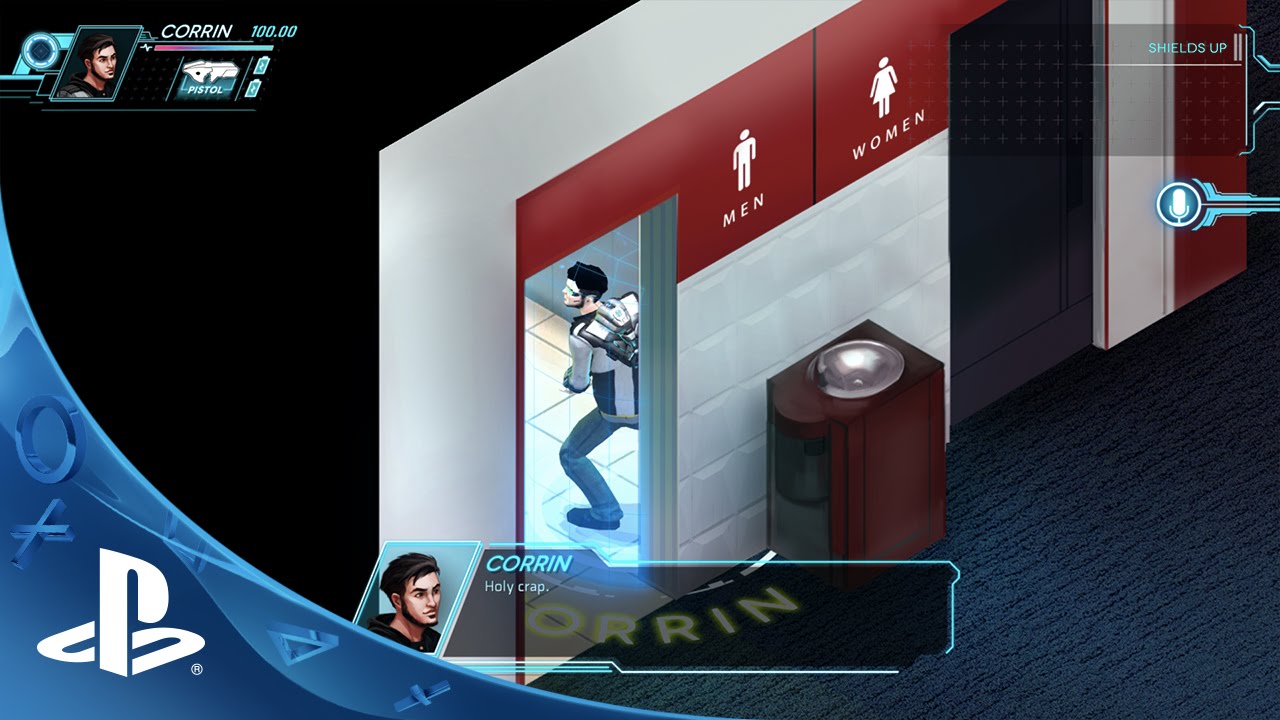 So, we’re indie developers. By and large, indie folk don’t really do “story” the same way larger developers do… it’s usually more minimalistic, and for lack of a better word, “artsy”. Which is cool! There’s space in the gaming sphere for everything, even whatever Suda 51’s up to these days.

Still, we don’t think “indie” and “complex narrative with well-developed characters and realistic dialogue” are mutually exclusive. The voice command gameplay of There Came an Echo and its script were developed in conjunction with one another — the story is an integral part of the experience, not something tacked on after the fact. The four members of your squadron aren’t mindless military drones, but real people with imperfections, desires, and fears. And snark. They’re pretty snarky.

And voice acting. If you’ve got voice acting, it better be good, or it’s going to completely ruin the experience. Luckily, we’re located in Hollywood, and we happen to know some people who are very good at saying things we tell them to say into a microphone. Corrin and Val, our two leads, are played by Wil Wheaton (yes, that Wil Wheaton) and Ashly Burch. Alongside them are some of gaming’s finest working voice actors: Laura Bailey, Yuri Lowenthal, Cassandra Lee Morris, Rachel Robinson, and Cindy Robinson. It might be the best voice cast in indie games, period… but we’ll let you decide. There’s a trailer up there; you’ve probably watched it.

(Seriously, though, watch it.)

Corrin Webb is a cryptographer at a defense company in Santa Monica, California, when the mysterious Val alerts him to some very scary-looking men heading up to his office. In a scene that we admit is totally the opening of The Matrix (except you’re acting as Morpheus, giving voice commands to Corrin and leading him safely from the building), Corrin escapes and begins a very reluctant mission to figure out who’s after him, and why. He eventually meets up with the recalcitrant Miranda, and wildly bloodthirsty Grace, and a man named Syll, whose past is very clearly wrapped up in the proceedings. The plot heads to some very hard science fiction and insane plot swerves, so we hope you like twisty! You can skip a lot of the cutscenes, but we have no idea why you would.

You’ve got comments, we’ve got mildly sarcastic responses. Let us know what you think!