So remember all that hype that started early last year about dinosaurs on PS4 but then things went dark on the project? Set your ringtones to roar, because dinosaurs are coming to the PS4 in Q1 of 2015 with the launch of Primal Carnage: Extinction!

Primal Carnage: Extinction is a class-based, online multiplayer shooter unlike any other on the PS4 platform, featuring fast-paced combat, diverse environments, and over-the-top action. On a mysterious island overrun with prehistoric monsters, players can choose to fight as a variety of legendary dinosaurs or to join the human mercenary team armed with a unique, distinctive, and destructive arsenal aimed at making these bloodthirsty beasts extinct once and for all.

What Happened to Primal Carnage Genesis?

Primal Carnage: Genesis began development at a time when the Primal Carnage brand and Lukewarm Media were being pulled in different directions, and forces within the company could not completely agree on which project to pursue. There was a strong concept for single-player narrative-driven Primal Carnage game, and there was an exciting opportunity to develop a game for the PS4, built on the brand new Unreal Engine 4, but ultimately the project was too large in scope for Lukewarm Media to pursue, and the project was unofficially put on hold at the end of Summer 2013. 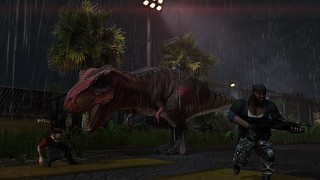 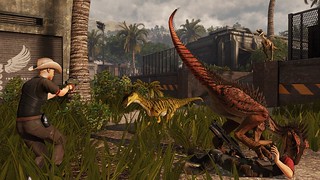 Plans for the brand changed considerably after Lukewarm Media quietly transitioned ongoing management and development of Primal Carnage to Circle 5 Studios, a distributed network of developers and artists that had grown out of the modding community. Circle 5 felt that they were not in a position to pursue the extremely ambitious Primal Carnage: Genesis, but the company saw the opportunity to start over with the brand and to launch a multiplayer sequel to the first Primal Carnage on the PS4 platform with our friends and co-developers: Pub Games, a Melbourne-based team that had previously assisted development of the original Primal Carnage.

Speaking on behalf of the Primal Carnage team (both old and new), we were blown away by the support Genesis received in the last year and a half, and if everything goes well for us with Primal Carnage: Extinction we would definitely consider pursuing Genesis. For the moment, however, Genesis is effectively still on hold. 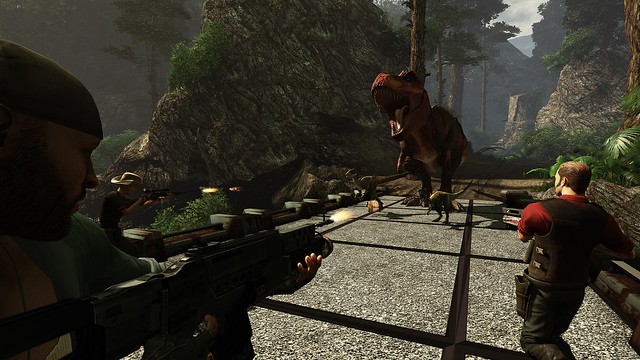 We want to thank PlayStation, Epic Games, Steven Spielberg, Natural History Museums around the world, and all of the Primal Carnage fans out there for inspiring us and helping us bring our dinosaurs into your living rooms.