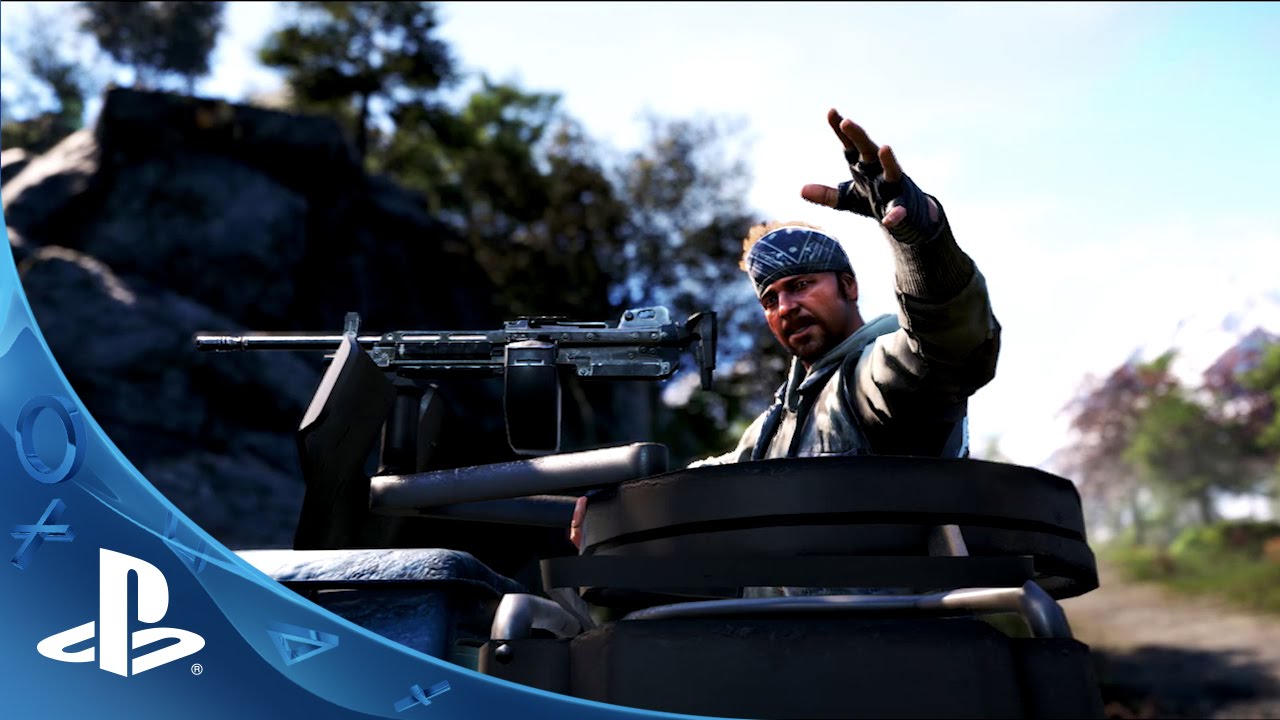 Let loose in Kyrat, I was immediately overwhelmed by the volume of play built into this open world space. Developed by Ubisoft Montreal, Far Cry 4 invites players back into a first-person exploration of quiet villages, dangerous tyranny, and majestic views. It’s packed with emergent missions that can hook players into gunfights and high-speed chases. It has laughs and bitter choices.

Far Cry 4 tells the story of Ajay Ghale, a native of Kyrat who has returned to its war-torn valleys to spread his mother’s ashes. Ajay is pulled into the civil unrest plaguing the area thanks to the sociopathic despot Pagan Min and his violent regime.

I asked Game Director Pat Methe to share five of his favorite moments from Far Cry 4. Watch the video below and follow along. As a bonus, I sat down and played Far Cry 4 myself and picked out six things that caught my eye during a three-hour binge session.

Far Cry 4 tells its story through various mission types, but many of the most interesting moments in Ubisoft Montreal’s open world emerge from interactions with Pagan Min’s troops in the wild. Driving from one point of interest to another? You might stumble upon one of Min’s patrols — suddenly, you’re waging a desperate gunfight on a rocky cliff.

There’s no official goal with these fights other than survival. But they tell their own stories, and enable Ajay to scavenge for supplies along the way.

Pagan Min’s troops have caused terrible damage to Kyrat and its people. While exploring villages and temples, you’ll find ample opportunities to push the tyrant back, from rescuing hostages to tearing down propaganda posters in peaceful villages.

There’s also a host of collectibles to be found for those craving completion, and make sure you take a moment to enjoy Kyrat’s expansive vistas when the dust settles after a fight. 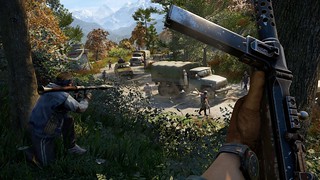 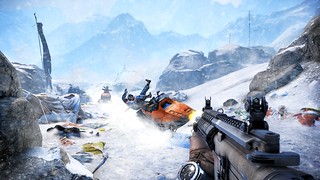 Early in Ajay’s journey, he’ll encounter an aggressive (and passionate) filmmaker who has set up races across Kyrat for filming purposes (and money making). Find these races and you’ll be speeding down dirt roads and in between trees on an ATV, hitting checkpoints along the way.

Will these thrilling diversions weaken Min’s grasp on Kyrat? Maybe not. But filmmakers need to make a living, people!

As Ajay gains experience, you can unlock his most powerful abilities by spending points across two different skill trees. Themed after the tiger and the elephant, these skills improve Ajay’s battle prowess and his ability to interact with the world around him.

The tiger skill tree is focused on combat, gunplay, and raw aggression. Dealing with Min’s troops does tend to involve some bloodshed, after all. The elephant skill tree, alternatively, focuses on more defensive abilities, like bandaging up Ajay’s wounds. A mixture of both trees seems appropriate, though you’re welcome to focus on whatever abilities best suit your style. 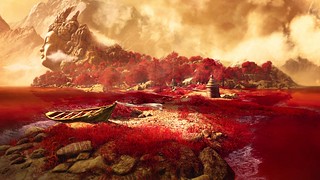 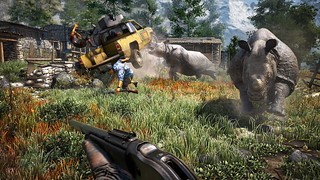 During my session, I was tasked with clearing a village of Min’s men while keeping the hostages held there alive. I ditched my vehicle outside the village so I wouldn’t attract any attention, and used Ajay’s camera to survey the landscape and mark possible targets. Three innocent villagers were being held at gunpoint, but I spotted a route into the village that would let me stealthily take out the guards.

Upon approach, I came close to a pair of goats milling outside the village — too close, actually. The goats attacked and killed Ajay before he could complete the mission. A deadly lesson in how dangerous Kyrat can be, even when you have the upper hand.

Note: I eventually saved the hostages. But I had to kill the goats. 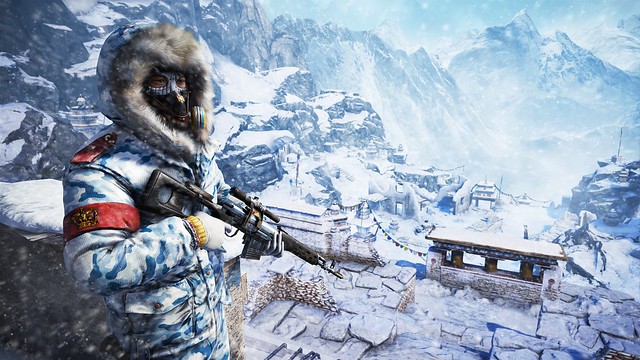 Long after my tragic encounter with the goats, Ajay gained access to some of Min’s intel, which revealed the next target of the tyrant’s forces: a peaceful temple. This began one of my favorite missions in Far Cry 4 thus far, which saw Ajay setting up defenses for the temple and preventing Min’s soldiers from destroying the holy artifacts within.

The mission combined frantic gunplay with a touch of improvised explosives, as Ajay sprinted back and forth across the temple grounds to stop the attacking soldiers. This mission illustrates how Far Cry 4 ties play together with Ajay’s story — a man discovering his ancestry and his spiritual connection to the land.

Fortunately for me, no goats were present during this mission. Far Cry 4 launches on PS4 and PS3 on November 18th.