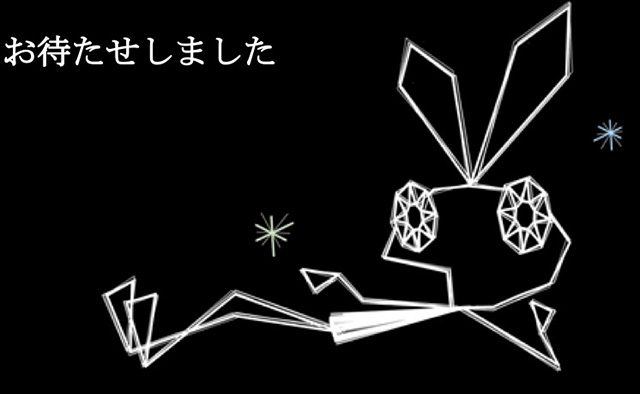 Apologies to have kept you waiting…

Hey everyone! If you saw our E3 Press Conference a few months back you may recall, amid all the great games and oversized hand gestures, that I gave a shout out to what I believe to be one of the most iconic games from PlayStation’s first generation: Vib Ribbon. I wanted to give Vibri some much-deserved, though belated, screen time as I felt this game really captured the crazy that PlayStation was keen to offer back then… and look to continue now with our outreach to the innovative and indie game community. I figured Vib Ribbon was a perfect example, and today I’m pleased to announce that Vib Ribbon will finally make a long overdue release in the US, Canada, Latin America and Japan this week, with Europe following next week.

First, some quick backstory on a gaming legend. When Vib Ribbon first appeared in the PSone era, I was working for Sony Computer Entertainment Europe in London evaluating US and Japanese titles for possible release in Europe. One day we came upon a game developed by a team I admired very much: Masaya Matsuura and Nanaonsha. This is the crew that developed PaRappa the Rapper and veritably created the genre of rhythm-action gaming, and here they were with 2D, black and white vector graphics featuring a vibrating rabbit that turns into the Archangel Gabriel — or a slug — depending on your skills in traversing an oscillating spline that morphs to the beat of either the groundbreaking soundtrack or any CD the player happens to have around. There’s me thinking, “I’M IN!!!”

But, curiously, marketing at the time was not a believer in this quirky game. What they did not understand was that Vib Ribbon, with all its retro madness, was also part of the new game continuum and, in fact, a very radical offshoot of that, which was worthy of praise. I could not get this into the hands of European gamers without having marketing support for the release.

Luckily, we eventually got the greenlight to release Vib Ribbon in Europe. Sure, it didn’t go platinum and it didn’t make a ton of money. But it did show, again, that PlayStation is the place where everything innovative, challenging, new and somewhat off-course can come to find a fan, a market, and a home.

The game released in Japan and Europe, but in the Americas not so much as a demo. Vib Ribbon is the “one that got away” and back then, when we still had that old-school thinking around regional lockout, there was no simple way for those outside of Europe and Japan to even encounter the game. It faded, lost to the chronicles of gaming history.

Until E3. It was not my intention to rub salt in the Vib Ribbon wound, but to express my admiration for it as the genre-busting title it is and was. My mistake was that I had assumed that everyone who had been around in the original PlayStation era would have had their chance to play the game. I had forgotten that the American gamer was effectively denied the opportunity. To mention it at E3 was to delight some and to squirt lemon in the eyes of others. For this, I apologize. It was not my intent to dangle the delight of Vibri in front of those who longed for but could not have. It was to make a point about having the courage, and talent, to break the mold. To do what your heart demands. To me Vib Ribbon — well, to be honest, Nanaonsha for that matter — has always been committed to that ideal. An ideal I wish to celebrate.

I would like to give you all the chance to celebrate this iconoclastic title by bringing to all fans, worldwide, the chance to experience the original Vib Ribbon. As a result of the “outpouring of love” at the E3 name drops, our engineers have developed a way to bring Vibri to life on PS3 and PS Vita (we’re still working on a way to make it available on PS4). We look to have both of them up on PlayStation Store tomorrow at a price attractive to both Vibri virgins and the rare few amongst you who found a way to experience the Singing Spline back in the day. As an added attraction to PS3 players, that version will retain the feature that allows you to create a unique level based on the audio CD of your choice. Your music makes the game.

Sometimes games like Vib Ribbon require backing and belief that do not comport with the marketing wisdom of the day, or the forecasted financial upside. Sometimes you get behind a project because, well, you gotta believe.

Vib Ribbon is finally making its way to North America, and the major catalyst was all of you who wrote, posted, blogged, tweeted that you wished to see this game come back and wanted your voice to be heard by the suits. Well, it has. Now I look to all of you experiencing this singular game for the first time. Let me know what you think!

That’s me in the Vib Ribbon shirt…