Invizimals: The Alliance, The Lost Kingdom Launch Next Week 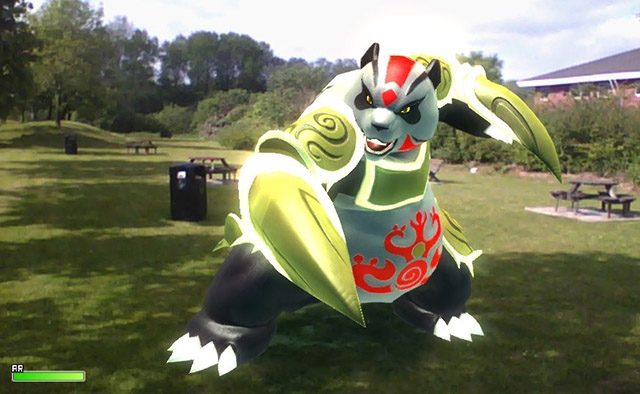 Hello again, PlayStation nation! It’s my pleasure to bring you an update about the Invizimals franchise, and my, what an update it is!

Across the next two weeks we’ll be launching five separate Invizimals titles digitally across the PS3 and PS Vita, and I’m here to tell you exactly what’s on the way.

Today we’ll see the digital release of 3 titles — Invizimals, Invizimals: Shadow Zone, and for the first time ever in North America, Invizimals: The Lost Tribes. These first three PSP titles introduced the world to the wonderful cast of Invizimals — and now you’ll be able to enjoy them digitally wherever and whenever you like.

All three digital PSP releases have been modified in order to take advantage of the AR Play cards included with every Vita system. As long as you have one AR Play card with you, you’ll be ready for whatever Invizimal happens to be hiding nearby.

As if that wasn’t enough, next Tuesday, September 30th, will see the launch of both Invizimals: The Alliance for PS Vita and Invizimals: The Lost Kingdom for PS3. Both games tell the story of the battle against the evil Xtractor robots, but are told from two completely different perspectives.

You’re the star in Invizimals: The Alliance. As the successor to the PSP entries, you’ll use nearly every Vita hardware feature to capture a whole host of new creatures and help the Alliance investigate the Invizimal disturbance in our world. There’s even a 4-player adhoc and online battle mode — perfect for testing the skills of the Invizimals you encounter in the single-player story.

Invizimals: The Lost Kingdom is a 3rd-person, action-adventure that follows the story of Hiro — a star member of The Alliance who gets sent into the Invizimal world to fend off an enemy threat. You’ll be able to transform into 16 distinct Invizimals, each with its own abilities and attack styles, as well as challenge your friends with the same multiplayer mode found in The Alliance.

In fact, both The Alliance and The Lost Kingdom support cross play — both locally and online — for the 4-player multiplayer mode! Not only can you battle your friends’ Invizimals across titles, but you can also transfer creatures and items back and forth as well — feel free to keep your favorite Invizimals and items on the platform of your choice.

We’ll have more on Invizimals in the future, but in the meantime, keep your eyes peeled, get up off that couch, and go have fun hunting!