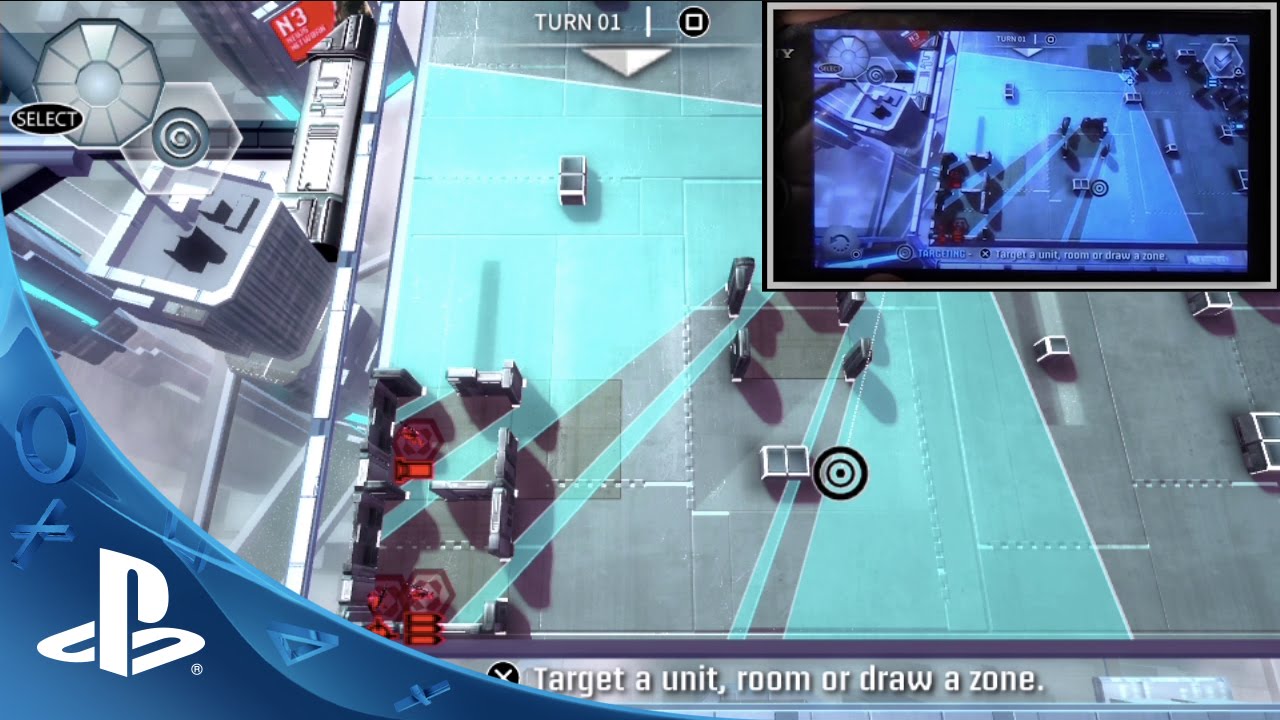 The support for Frozen Synapse Prime has been awesome so far and we’re excited to launch on the US PlayStation Store today! We’d like to share a more in-depth look at the gameplay, focusing on some of the more advanced strategies and touch controls.

FSP has been designed in a way that anyone can become a competitive or advanced player, with a ton of depth under the surface. The only limits are your own creativity and deviousness.

FSP isn’t about luck in regards to who will win in a firefight, it’s totally down to you and your tactics. If a unit on your squad gets shot you’ll know why, and how to adapt next time. But when you take out an enemy, you know that you were able to outwit them.

Aside for the commands and moves, victory is just as much about the mind-games between two players, and FSP inspires you to anticipate and deceive your opponent.

Read the Terrain – You can’t ‘learn’ the maps in FSP. There are an infinite number of procedurally generated battlefields, as well as the ability to customize your own. How much cover does the map offer you? How can you best utilize this with the strengths of your squad?

Predict Your Opponents – Use the ability to assign plans to the enemy squad to answer those ‘what if’ scenarios. What if that grenadier tries to escapes his room? Or tries to toss a grenade out? Predict your opponent’s options and then eliminate them.

Work Together – All classes are balanced in FSP with varying strengths and weaknesses. Rocket Launchers can blow up walls but are vulnerable in close-quarters; use them to target rooms to create new routes for your other units, or flush the enemy out.

Advanced Commands
Quick plans with simple paths and aiming can get the job done, but adding extra layers with the more advanced commands will give you an edge.

Use Targeting to eliminate the biggest threats first, or target specific areas.

Use the Continue-on-Sight and Slide commands to fine-tune your paths and aiming, so units are not moving slower through the map when they don’t need to.

Use the Check command to move quickly through rooms, only glancing in specific areas. If there’s a threat your unit will engage, if not he’ll be able to cover ground quickly.

The integration of touch control in FSP and its evolution throughout development has been an interesting journey. We initially focused on only getting the camera controls onto the front touch screen, and progressing onto laying down the most common plans and paths players would use.

From there we really challenged ourselves to integrate full touch controls throughout the game, and designed a minimalist user-interface for Vita around that philosophy.

It’s quick and easy to lay down simple and affective plans with full touch controls, or a mix of both touch and button input, whatever you prefer.

Please check out all our other FSP vids on the blog and thanks for listening!