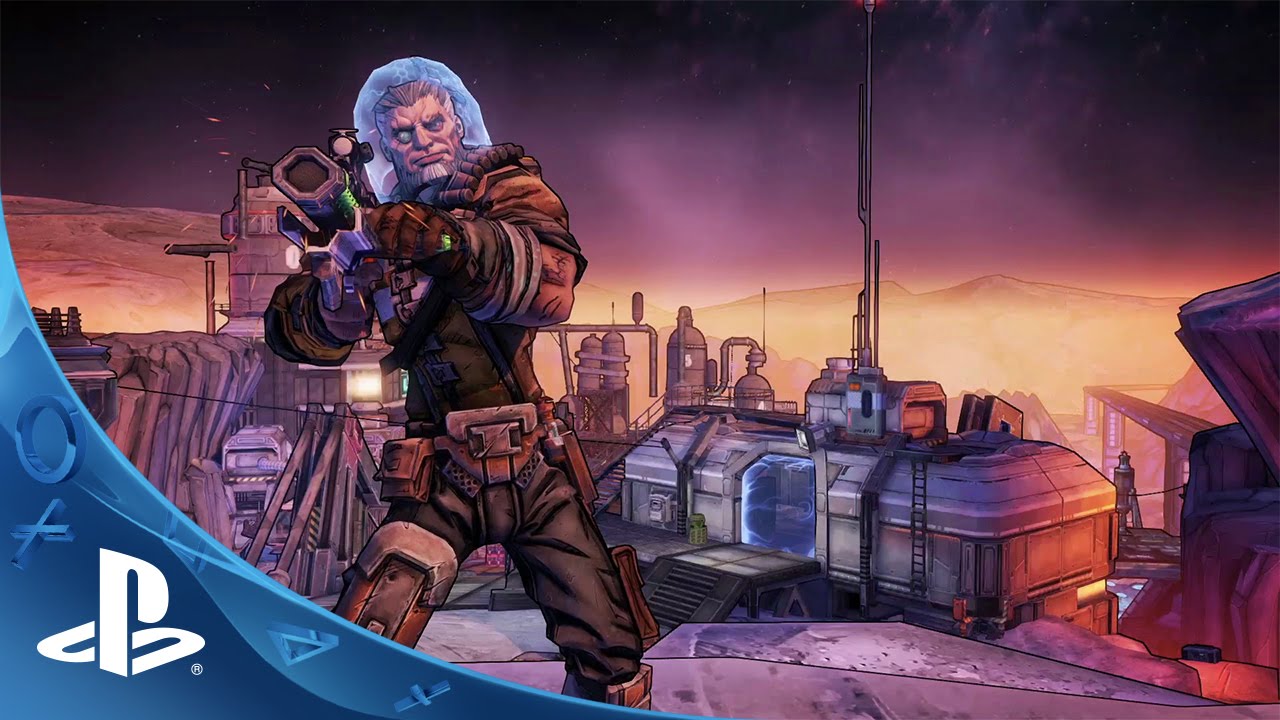 Holy crap, guys, Borderlands: The Pre-Sequel is coming out so soon. We’re less than a month away from release, and there’s still so much more exciting stuff we have left to show off.

Today, we have a new video featuring Mr. Torgue (Explosions!) and Sir Hammerlock (Scientific research!) explaining the ins and outs of life on Pandora’s moon of Elpis, ranging from new enemies and the impact of low gravity to our new playable Vault Hunters: Wilhelm, Athena, Nisha, and Claptrap. You’ll also get your first details about the Grinder, a new machine that lets you turn your crappy busted old guns and equipment, into shiny new ones.

Beyond that, we’re also finally talking about some of the rad new characters you’ll meet this time around. There are plenty of returning favorites like Lilith, Roland, and Moxxi, but there are also a few new faces you may have spotted in a few of the previous Borderlands: The Pre-Sequel trailers, if you’ve been looking hard enough.

For example, Janey Springs is a junk dealer who was mauled by Kraggons before you arrived on Elpis. She now owns the Grinder, and she’s super nice to all the Vault Hunters… especially Athena. Like, she really, really likes Athena. You’ll also meet Nurse Nina, a medic who thinks your pain is kind of hilarious. As described by Gearbox writer Anthony Burch, “she’ll always heal you, but she may zap you with a cattle prod just to hear the funny noise you make.”

That’s just a tiny taste of what’s new; I’ll let Hammerlock and Torgue dive a little deeper into the other features and characters since they’re a lot more exciting to listen to than I am. But there are still plenty of surprises left before Borderlands: The Pre-Sequel comes to PS3 on October 14th, so keep an eye out for even more in the weeks to come.