OlliOlli Out Today on PS4, PS3 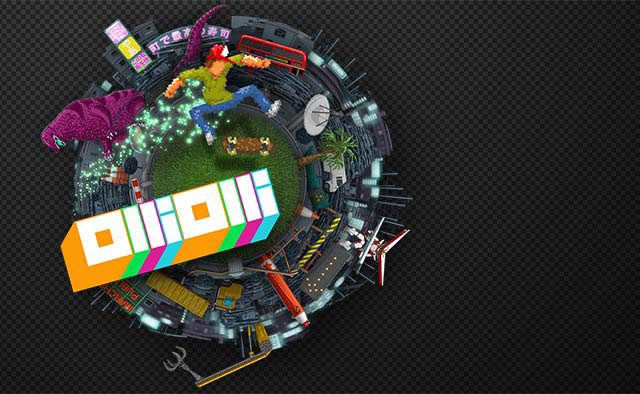 OlliOlli almost never happened. It was only a kick under the table from Studio Director Tom Hegarty that pushed Creative Director John Ribbins into taking the prototype out of his pocket in our first meeting with PlayStation. Shahid Ahmad at Strategic Content signed the game there and then and the rest, as they say, is history.

The game has since been a runaway hit on PS Vita, topping the charts, getting a GOTM, and sitting alongside AAA monsters in top game lists for 2014.

However, in hindsight celebrations on January 21st were a little more mixed at Roll7 HQ in Deptford, London. As the team sat together on launch of the game, news of a bug was already circulating with a handful of journalists — there was a genuine worry that the bug might affect a significant user base. We kept an eye online from the moment that the game hit and thankfully it appeared that only a few small number of users were affected.

Roll7 Team wrap party is interrupted by the news of the game getting GOTM!

The team was due to start work on an as-of-yet unannounced project, however we never questioned getting the bug fixed at all costs. Possibly it was naivety on our part, possibly it was stupidity — but we put off our new project for 6 weeks trying to fix a bug which was only effecting about 0.5% of users. Possibly it was seeing the odd Tweet or forum post saying that people loved the game, but it just kept crashing — we wanted those guys to get the same experience as everyone else!

Lead Programmer Nikos and that pesky bug, hiding somewhere in the code…

The second major fix to the game was something that was muted by forums almost the instance that OlliOlli hit PlayStation Store — how could a high score chasing game like OlliOlli NOT have proper leaderboards? In all honesty, as a small studio we can put our hands up and say “Doh, yeah of course, how did we miss that?” I guess it was an oversight during the somewhat chaotic production process during 2013. Possibly our modesty had lead us to believe that only a handful of people might ever play the game, and therefore proper leaderboards wouldn’t matter. When tens of thousands of people grabbed the game within the first month, we saw the error of our ways, and agreed to make amends.

Cheeky team cigarette at the back of the bike shed discussing leaderboards and lack thereof.

Again, our good friends at BlitWorks jumped in here, adding leaderboards to ALL versions of the game. We have held the Vita leaderboards back for technical reasons — but skaters will now be able to see where they place in the world, and more importantly against their friends on ALL Career Levels, Spots, and Daily Grind.

It really makes the tough work worthwhile seeing PlayStation gamers react so strongly to the announcements that the bug would be fixed, that we would add leaderboards, that the game would be cross buy and cross save on other PlayStation platforms. Its what keeps us going on those long, pizza fuelled days!

Go get your grind on…