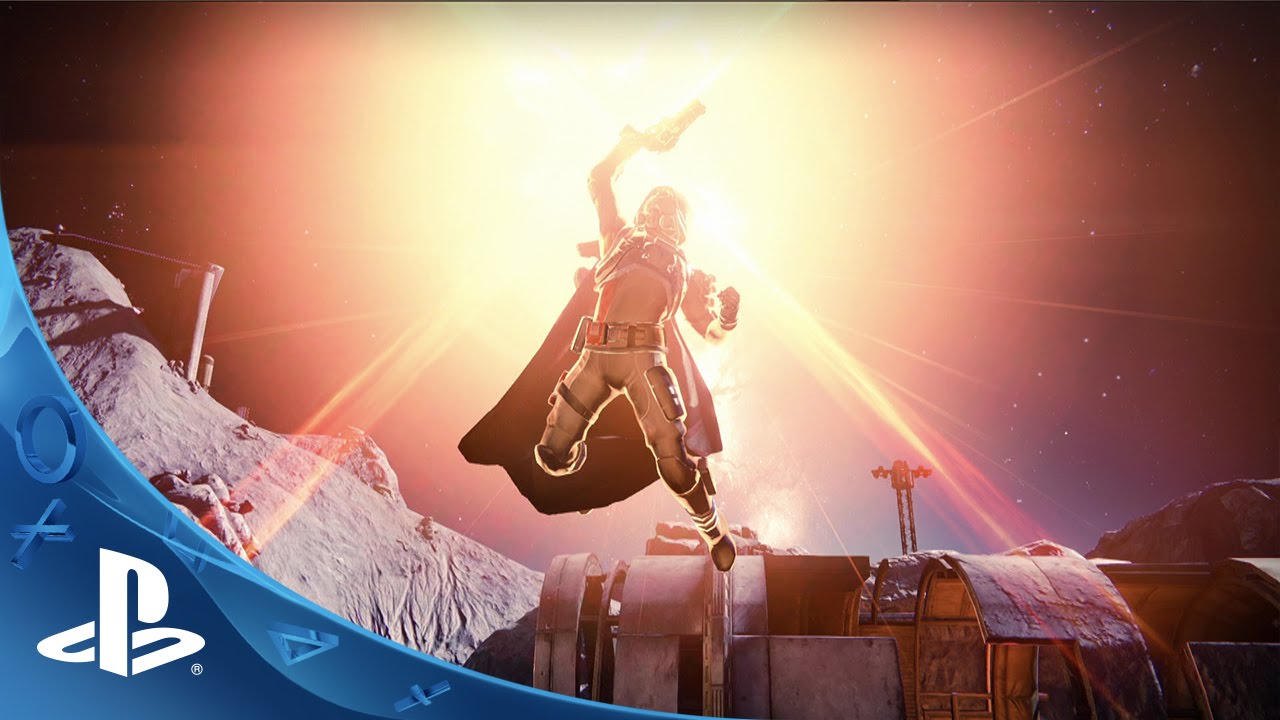 Back in July 2014, the doors were thrown open to Bungie’s sprawling universe – the Destiny beta had arrived. For just one week the developers invited players to journey to the last safe city on Earth, and venture out into Old Russia…and over 4.6 million people got involved.

PlayStation.Blog caught up with three key developers from Bungie to talk about the significance of the beta, and how it has ultimately made the final version of Destiny that you’ll play next month a better game.

“Let’s make one thing clear,” Jonty Barnes, creative director on Destiny tells us just four weeks before the game’s official launch, “From the very beginning, the Destiny beta was a very big test for us – we put a huge investment into our online infrastructure and we needed to make sure it worked.”

“We tested every part of the game, and each group at Bungie was able to analyze the data and take what they needed from it,” adds Derek Carroll, a senior designer working primarily on the multiplayer aspects of the game.

“On the gameplay design side we got heat maps from all the multiplayer maps to see where the kills were made, where people died and if they fell off the map for example. Also, if there was an area with particularly high traffic, or an area that we thought should have high traffic but didn’t – we could really dig into that data and see if we could make simple changes to help improve things.”

Lead concept artist, Jesse van Dijk, explains, “More than anything we wanted to test our infrastructure at scale and we were really excited to see how everything held up. During the beta we deliberately knocked over a number of systems to see how that would work and if we could handle it.”

This was an area of the trial run that was hugely important. The team outlined how a particular big event – a mission on the moon that was only available for a few hours – worked as the ultimate stress test.

“To have 850,000 people playing all at once on that Saturday on the moon was just amazing,” says Derek.

“In fact,” Jesse interjects, “The number of concurrent players during the moon mission was higher than any other Bungie game in history. Having that many people allowed us to test better, to kick over some of the systems so that we could get some meaningful data – we can ensure that certain problems, some of which we created on purpose – would not occur at launch.

Derek went on to add that from a gameplay perspective, knowing that they were able to make tweaks successfully on the fly was a huge advantage.

“In the past you would make a game and ship it, and only a catastrophic failure would be something that you’d patch. With Destiny we’re making a commitment to tune this and grow for a long time to come. It’s great to have those second chances where if we made that one tweak we’d be that much happier.”

Tiny changes to ensure the game is as robust, and more importantly as balanced as possible, have been made throughout the world of Destiny, but the team weren’t afraid to make larger optimisations where necessary.

“If the beta had gone really badly then we would have had to have some serious conversations,” explains Jonty. “There’s no world where we want to release the game and have a bad experience for our players. We make games for players and if we had something on our hands that was compromised, then we wouldn’t have been able to release it.”

More than testing though, a huge side effect of the beta has been the attention the game has received by the gaming community.

“We were humbled to see the player response, which has been overwhelmingly positive,” says Jesse. “People really seem to understand what kind of a game Destiny is. We’ve made an attempt at explaining that prior to the beta, but it was only once people got to play it that we felt like… this is the moment where it clicks, where people get it.”

And the most surprising thing for the team following the Destiny beta? For Derek there was one thing that stood out, “For me it was how sad we all were internally when the beta ended! We got to work analysing the massive amount of data we had captured, but at night you want to go home and play Destiny, and now we can’t wait until 9th September 2014!”