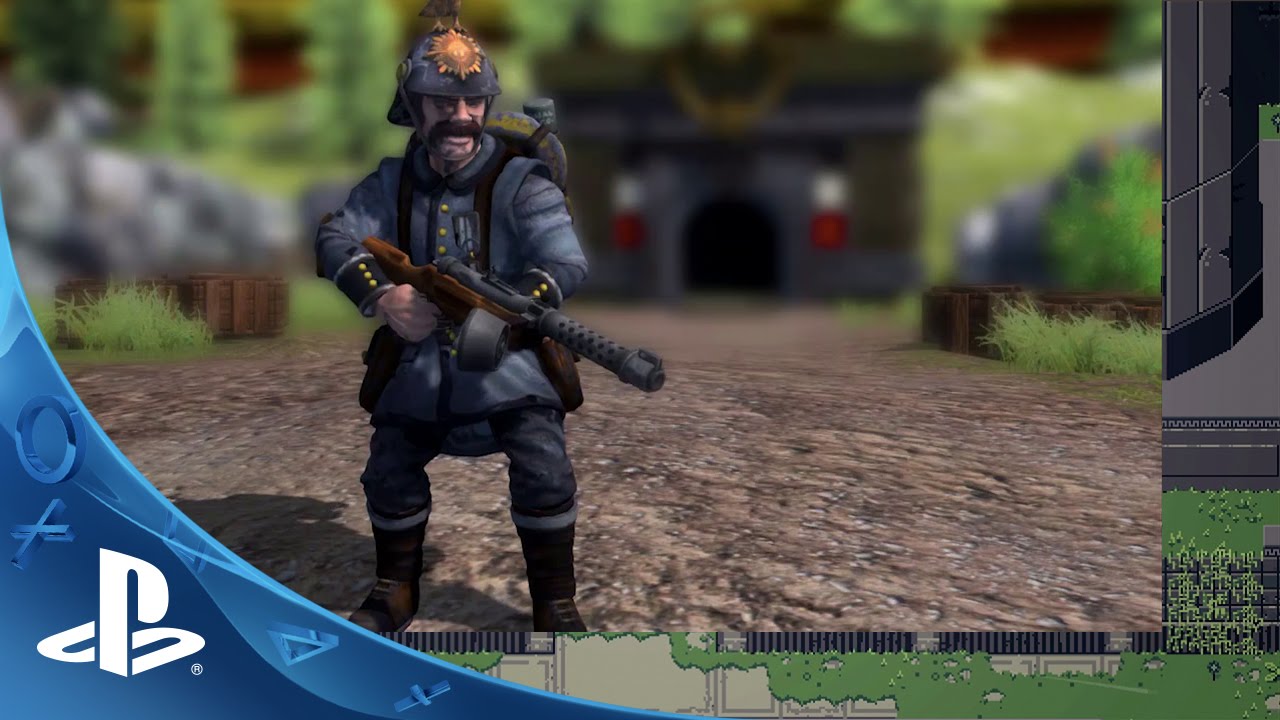 If I’m frank, I wasn’t really sure I was the right fit for this game. Mostly because I’d never played the earlier entries in the (well-respected) Toy Soldiers series, but also because toy collector culture doesn’t much tickle my fancy.

So imagine my surprise when I went hands-on with Toy Soldiers: War Chest on PS4 and discovered not just a clever fusion of tower defense and third-person action, but a fiendishly addictive vortex that quickly reduced me to shrieking “kablammo! kablammo! boooosh!” while I bombarded hordes of rainbow ponies with mortars. Watch our new video above for the full story.

At its core, Toy Soldiers: War Chest is a classic tower defense game set in three-dimensional environments, a nice upgrade from the static 2D backdrops of most TD titles. You’ll set up turrets in between waves of approaching enemies, feverishly upgrading and repairing them to prevent being overrun. You earn gold by slaying incoming enemy hordes, then spend the proceeds on new specialized turrets (anti-armor, anti-infantry, anti-air) and fancy upgrades that increase your attack range, damage and so forth. So far, so good — it’s all standard fare.

Here’s the twist. The tower defense gameplay is mashed up with elements of third-person shooters. This means you can hop into a turret and operate it manually from an intense third-person shooter perspective — and you’ll want to, because it boosts your killing power and gold rewards. You can also call on your uber-powerful hero (more on that in a second) to enter the fray, while you hose down the incoming armies using standard third-person shooter inputs.

Before a match, your choice of faction determines which army and hero you control. Series mainstay Kaiser Wilhelm fights with tanks, turrets and other war machine; when called on the battlefield, his minigun mows through incoming enemy formations. Star Bright’s army comes as a parade of pixies, fairies, and laser-blasting teddy bears; in action, she opts for a glitter gun and heart bombs (“devastating,” our presenter deadpanned).

The final game will include four different playable factions, all of which are radically different in look and feel. In the new Campaign mode, your goal is to defend your toy box from enemy forces.

A few more features also caught my eye: the game’s deformable terrain means you can redirect incoming forces by knocking out vital roads and bridges; you can also pause the game and adjust the camera perspective to line up perfect screenshots using PS4’s Share button.

Toy Soldiers: War Chest comes to PS4 in 2015. Have questions? Let me know in the comments and I’ll do my best to answer them!