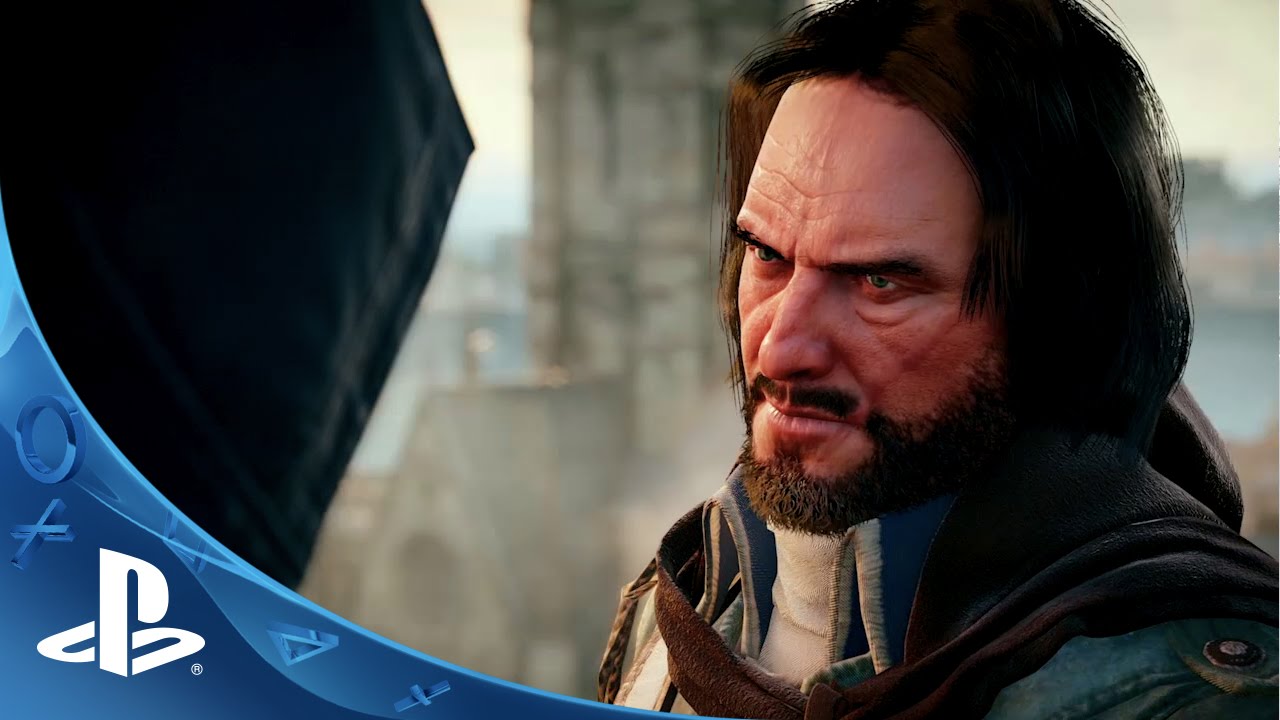 Crowds choke the streets of Paris as Arno watches from the rooftops. Newly released from apprenticeship, Arno has been tasked with the assassination of a Templar wandering the high hall of Notre Dame during the French Revolution. This assignment can take many different paths, and demonstrates just how free a player is in Assassin’s Creed Unity — the latest project from the open-world masterminds at Ubisoft Montreal.

Assassin’s Creed Rogue delivers an entirely new narrative perspective thanks to its hero, Shay Patrick Cormac — a former Assassin and newly-minted Templar. Players will follow the events that lead Shay to defect from the Brotherhood and become a hunter.

Rogue will also feature the fan-favorite naval combat that first appeared in Assassin’s Creed III and had an even more robust presence in Black Flag. Shay’s ship, the Morrigan, will come equipped with new weapons to face the enhanced enemy AI manning opposing ships.

During Ubisoft’s demonstration, Arno worked his way inside Notre Dame to meet the Templar in a confessional, taking the man’s life in a swift and silent flash of steel. But the mission went awry, and guards tracked the assassin tirelessly as he ducked and weaved between towering pillars and flustered Parisians.

Ubisoft wants the stealth/combat loop to open and close more fluidly than in previous Assassin’s Creed games, making diversions into swordplay and gunfire more natural. The developers hope that players will traverse back into stealth more regularly, rather than ending every wrong turn with a battle. The player is, after all, an assassin. Not a soldier.

Arno’s Eagle Vision assists with these encounters, as ever. A quick button tap paints notable targets and enemy guards in bright colors, enabling players to navigate treacherous areas more readily. I used it myself during a co-op demo with a gracious volunteer from Ubisoft Montreal.

The online cooperative component of Assassin’s Creed Unity opens up a tremendous amount of new strategies formerly unavailable in the series. Even during an excursion through an underground labyrinth, the presence of a second assassin changes the way players can approach any given situation.

Take two guards, for example, idling about outside a tunnel entrance. They’re too far apart for one assassin to take out without alerting the other, but with two players working together the guards stand no chance. Even knowing that someone else is keeping an eye out while I take down a straggling enemy makes Unity a much richer endeavor for it. 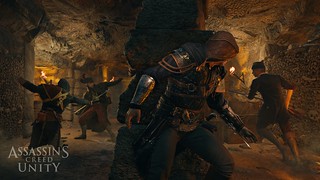 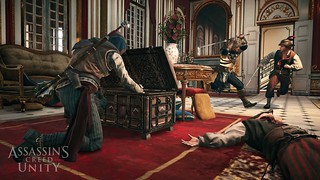 Ubisoft Montreal has also gone to great lengths to make Arno’s gear a complex and rewarding system that influences play. Now, every hood, belt, coat, and weapon affects the way Arno moves through the world, encouraging players to customize his or her version of Arno. Taking advantage of gear types in single-player alone is an appetizing prospect, but mixing and matching a whole team of assassins makes the thought of multiplayer even more alluring.

All this gear facilitates a player’s exploration of Paris, which is a city of such size and scope that it’s hard not to feel awed — even overwhelmed. Players will experience that for themselves when Assassin’s Creed Unity launches on PS4 October 28th.