RiME on PS4: A Guide to the Trailer 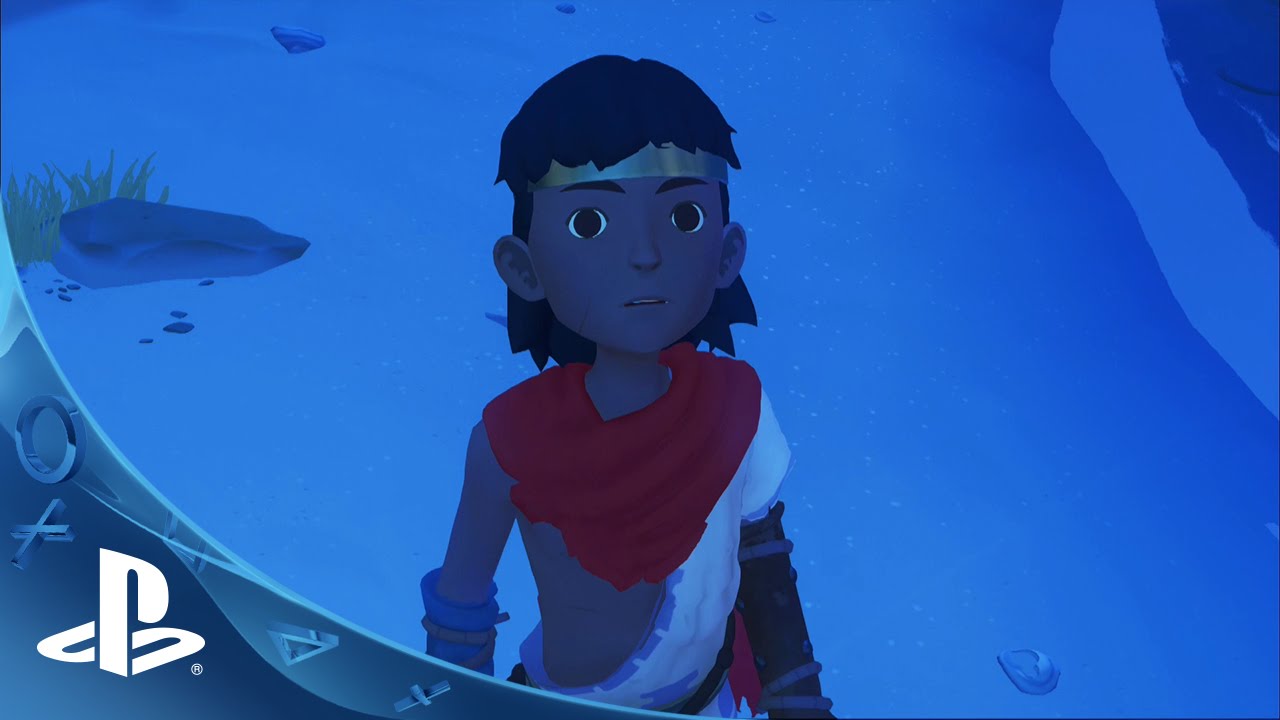 Developer Tequila Works are sneaky. Currently hard at work on their upcoming adventure game, RiME, that didn’t stop them cramming hundreds of tiny details into the latest trailer. We cornered creative director, Raul Rubio Munarriz, and cracked out the thumb screws to bring you every hidden detail you almost certainly will have missed.

“In the beginning you are stranded on this island and have no purpose. You are on the island, you have left your home and you don’t know why.”

“But suddenly you’ll see something that shouldn’t be there. The animals around you are going to help to varying degrees, here you can see the seagulls flying in one direction – they’ll try to act as a guide and circle points of interest to help you out.”

“The boy wears a cape, and that’s really significant – but I can’t tell you everything, you’ll have to play the game!”

“You’re going to see this symbol in a lot of places in the game, in just a few short seconds in this trailer you can see it in the rock, before looking up to the top of the tower and seeing that same symbol at the top.”

“If you’ve got a keen eye you can even see a smaller version of the key symbol in the rock just to the right.”

“This is an open world, and you’ll need to move around the island with a lot of physical actions. But this isn’t a flat island – you’ll need to climb and swim, even if the area looks empty… it’s not.”

“A lot of our puzzles revolve around the use of light and sound. Perspective is also one of the motifs we’re using. Here you can see us aligning perspective to show a fox drawing created across multiple trees – and the fox is there in the foreground. But maybe you are showing the fox by aligning the perspective… The fox has a really strong meaning.”

“Water isn’t only there to look nice – it’ll have gameplay elements to it – below the surface there will be a lot to explore. Underwater doesn’t mean you’re always looking for air. We have no underwater temple, it’ll be fun – don’t worry!”

“The balance between the turquoise colour and the transparency of the water was really hard to achieve. Our artist was really obsessed with the colour of the water and the sky, and we think it’s paid off.”

“Earlier you saw the seagulls trying to show you something important. If you look closely here you can see that this pig is not alone. Whilst the female boar and piglets are running away but the papa boar in the background is running towards you. You are a trespasser here. Seagulls can be annoying and boars can be funny, but finding a boar can also bring in an element of danger.”

“The tower is surrounded by a mist, and yes we are hiding things here – we can’t tell you everything all at once! You want to go to the tower, and you actually reach the tower pretty early in the game, but this isn’t the end.”

“People have assumed that these shadows are enemies because in the first trailer the boy picked up a stick and tried to fight them. What people didn’t pick up on was that the shadows weren’t affected by the stick. There’s no good or evil in this game, so don’t look at it in terms of black and white.”

“What was that thing!? Everyone is looking at the island as this beautiful paradise. That’s one aspect of it, but it’s also a character in itself. What if you make the island angry?”

“These statues look in pain, right? More importantly the statues are white and the shadows are black. Also these statues are not just statues, but that doesn’t mean we have Medusa or anything like that, turning people to stone. If you look around at the architecture, someone must have been here before.”

“We’re showing something important here – verticality. The island is huge in scale and we want the player to feel small at certain points. Whoever built this island wanted you to feel small and insecure, and this isn’t a trick of perception – that is a long way down.”

“This is the same area we saw earlier with the boar, but from a different viewpoint. Also things have changed. If you explore and behave like a child and experiment with everything, you may get some interesting results. Don’t be afraid, there won’t be a big red button that destroys the island. Play around and see what happens.”

“I wish I could tell you why the boy is climbing on the front of the ship – when you play you’ll understand. What I can tell you is that this scene is not a flashback and it’s not a flash forward. Also the sea here is the actual dynamic water from the final game – we could use it here because the lighting is dark enough that you can’t see the few bugs we still have to iron out.”

“We don’t have robots in RiME. We don’t have machinery. The people that were on the island before you were primitive, they didn’t invent the wheel – they didn’t even invent fire, but they could manipulate matter somehow. These golems behave like flocks of birds or even whales migrating. At this point you’re taking advantage of that migration to move around. These are peaceful creatures, and that’s why the boy looks so relaxed sitting up there.”

“You are lost on the island but you always have some goals. We don’t have traditional quests – no-one is going to tell you to go and fetch five coconuts – we don’t even have coconuts! Instead we’re creating visual guides that will tell you what you need to do if you want to reach the tower.”

“How is this possible!? Maybe it’s because in RiME you are a child and therefore you don’t understand, as adults do, that you cannot move the sun.”

“After last year, we added the tower into the logo of the game to show how central it is to the game.”

Did you spot every hidden detail in the trailer? Take another look and see if you can find anything we missed on our official YouTube channel, and for all our footage on RiME, head over to PlayStation.com.