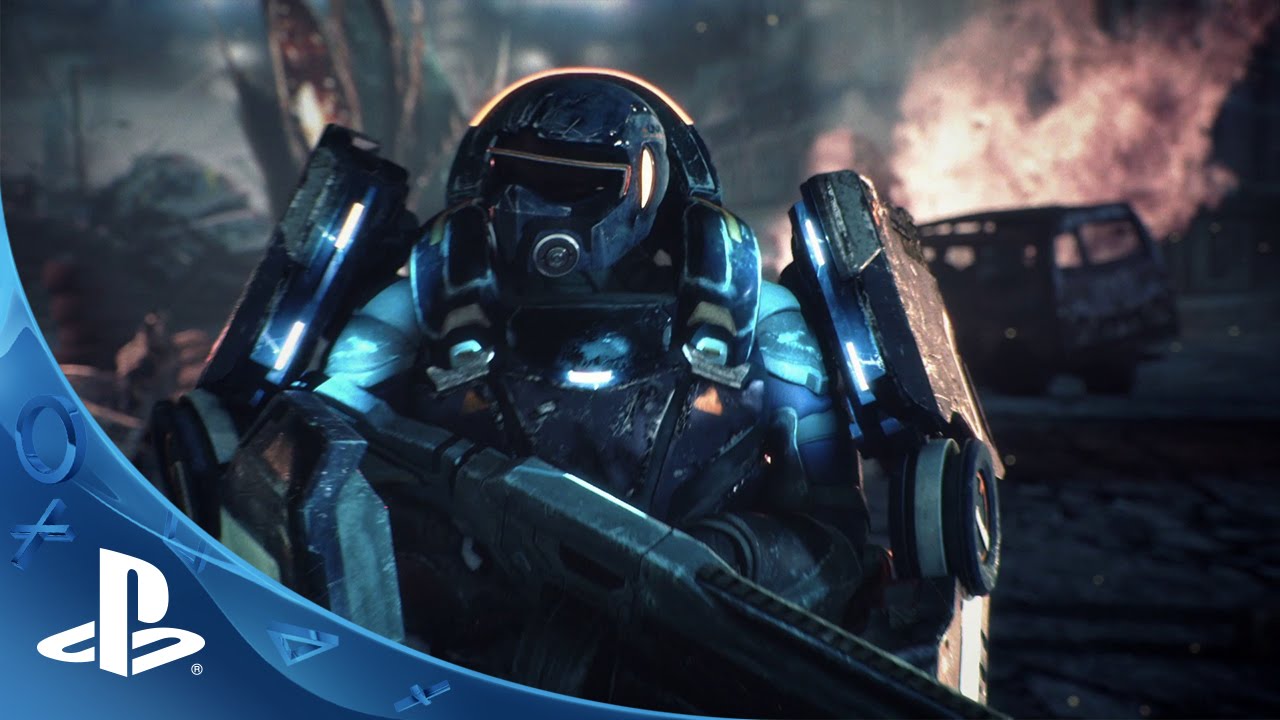 On a personal level at least, one of the most pleasing reveals in our Gamescom press briefing last week was a first glimpse at Alienation, the new game from Dead Nation creator Housemarque. As a huge fan of classic arcade gameplay, it’s great to see the studio back on the scene so quickly after the phenomenal Resogun.

The launch trailer was predictably splendid, but it also raised plenty of questions. Questions that I wanted answered! So I tracked down Housemarque’s Mikael Haveri after the show in search of a few answers. Read on to find out a little more about what the brilliant Finnish team has in store. 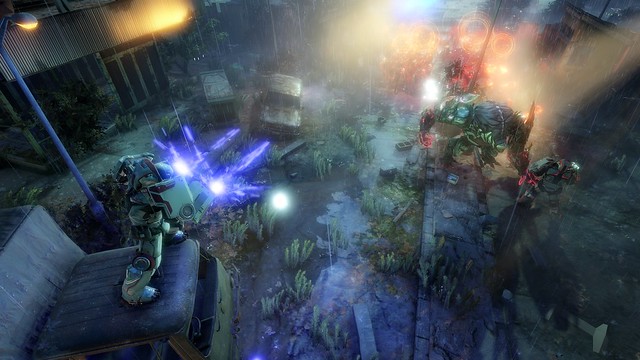 PlayStation.Blog: How far back does the idea for Alienation go? Is it something you’ve wanted to make for some time?

Mikael Haveri: We’ve always been a tech-centric company. We start projects by just playing around with tech. We have our own engine which we’re always upgrading and trying out cool new things — new lighting systems, particle effects, and so on. These experiments are the setting point, and then we start implementing those things in different game scenarios. Would this work best in a top-down shooter? Or would it be better suited to, say, a platformer?

So it’s not like we were making Dead Nation and said to ourselves, “Oh, we should do this again… but with aliens!” It was more like, “We’ve got this cool technology — how do we implement it in the best way?”

And then we start iterating. We happily admit that we do borrow from what we think are some of the greatest games ever, but then we reinvent them in the Housemarque way. For example, we play a lot of Dark Souls and Demon’s Souls, and a lot of different stuff to get inspiration. Then we take a concept we like and try and improve it or put a twist on it.

PlayStation.Blog: Dark Souls, you say? You’re talking my sort of language, Mikael. Can you go into more details on how that influence might manifest itself in the finished game?

Mikael Haveri: We’re not going into too much detail right now but in the trailer there’s a segment where you see co-op play and then a message that says, “Go rogue”. And that’s an indicator of the kind of elements we might have in the game. That’s us asking how we can do interesting things with player relations and I’d say there might be some influences from the Souls series in that aspect of the game.

Ask yourself what the scenario might be. Why would you attack another group? Are there factions involved? Let your mind go crazy and think of different reasons players might start murdering each other. I’ve got to keep a little air of mystery here! 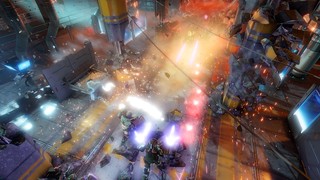 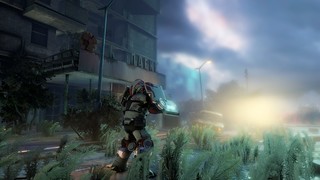 PlayStation.Blog: Housemarque is of course famous for its love of explosions. How will you be refining that art form in Alienation?

Mikael Haveri: We’ve got some really, really cool stuff in Alienation — explosions with smoke plume effects, and next gen effects that you wont have seen before. We’re able to do very dynamic stuff, and very visually pleasing explosions that go beyond the edge of the screen with real physics interactions.

You’ll blow something up and the debris will interact with the environment and ricochet off walls. We’re not going the route where absolutely everything is destructible, but a lot of stuff will get blown up.

And grenades. We have a lot of cool grenades. Alien tech grenades. So, explosions are absolutely going to be a mainstay!

PlayStation.Blog: Will there be any narrative link to Dead Nation or returning characters?

Mikael Haveri: We’re playing around with that a little bit. We know our core competency and we’re sticking to it. Storytelling will have a role to play, but it will be that classic game storytelling where it’s more of a thrill-ride.

There could be parallels to other Housemarque universes, like how we dropped some Resogun ships into the latest version of Dead Nation. To us, it’s all part of the same multilateral Housemarque universe in some weird way, where everything co-exists. So, you might see some familiar things. Like, a lot of our games feature that female android-y voice. I’m not promising anything but there’s a good chance she might be involved somehow…

PlayStation.Blog: How do you think the studio has evolved in the four years since Dead Nation first launched on PS3?

Mikael Haveri: We’ve learned a lot. We’re always trying to improve. Looking back at Dead Nation, it defines a certain type of top-down shooter, and we’re trying to expand on that core experience. It’s been great to come back to that. Some people online have been asking why we haven’t tried our hand at something completely different and we have actually experimented with a lot of things but this is the sort of experience that we’re really passionate about delivering. There are so many cool things that we can do on the PS4, so we feel like we have to make this game. 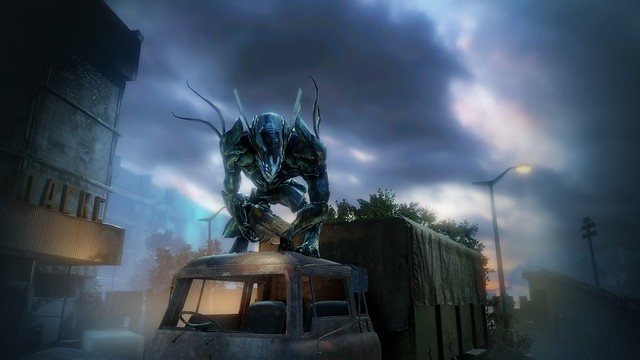 PlayStation.Blog: It was great to see how the ship editor in Resogun really started to go viral — in a similar way to Photo Mode in inFAMOUS Second Son and The Last of Us Remastered. Are you planning on a similar social element in Alienation?

Mikael Haveri: Yes, we’ve had tens of thousands of Resogun ships created now. The community still keeps surprising us. Of course, for Alien Nation you can’t make a voxel figure but it’s absolutely something that’s in our minds — as long as it’s good for the player and fun at the same time. Maybe a Photo Mode? Or shareable explosions?

PlayStation.Blog: You clearly love making these sorts of classic action games. What is it about the twin-stick shooter formula that you so enjoy?

Mikael Haveri: It’s purely about the gameplay. In Resogun it’s twitch action. You have to be fully immersed in the game and if there’s even a hint of lag or if the framerate is not quite there then you have a problem. And twin stick shooters work that way, too. It’s pure gameplay. If it’s a good experience, it really becomes a part of you.

People tell me when they play Resogun they get totally in the zone — and that’s exactly what we’re trying to do. It’s gaming in its purest form.