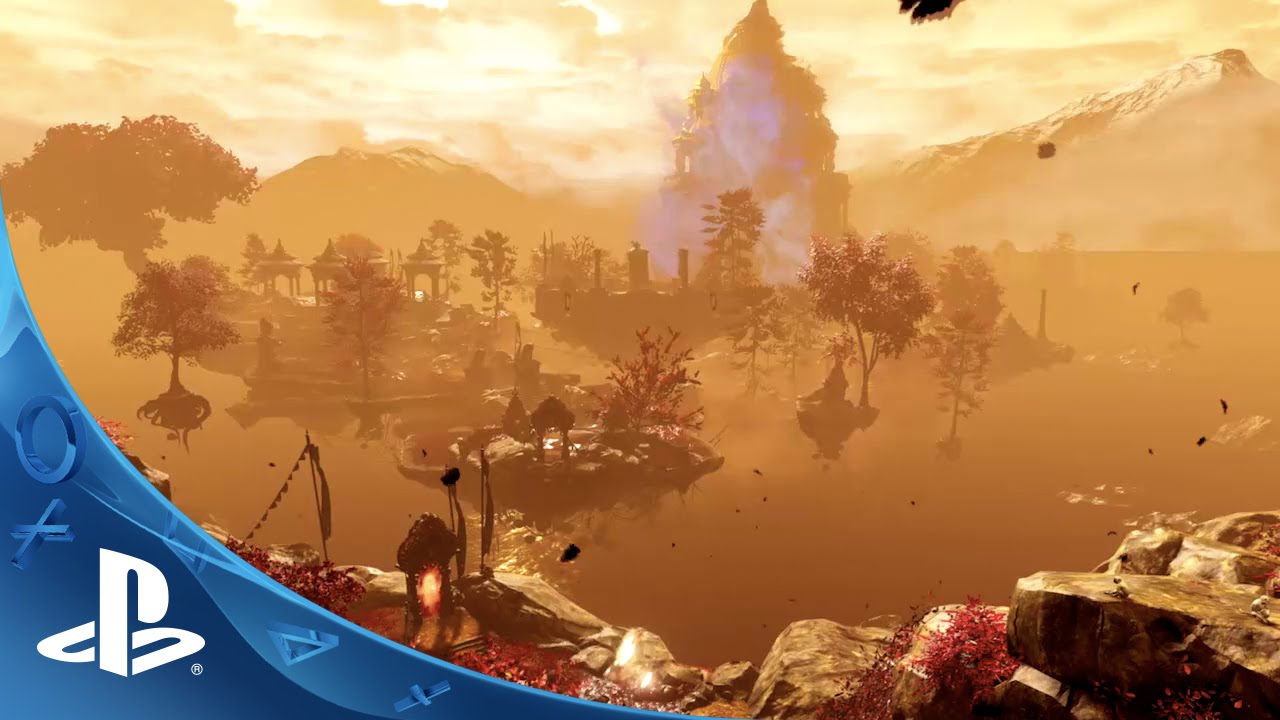 Far Cry 4 explores two tonal opposites: the icy, high-reaching peaks of the Himalayan mountains, and the warm, mythical memories of Shangri-La. Ubisoft recently showed off both of these environments — which make up just some of the many areas in its upcoming open-world shooter. In Far Cry 4, players face the despotic Pagan Min and his violent regime in the fictional region of Kyrat. But each player can make a near endless number of choices along the way, and enlist the help of both weapons and the wild to accomplish his or her goals and topple Min’s tyranny.

Far Cry 4’s hero Ajay Ghale — a Kyrat native — travels to Kyrat to spread his mother’s ashes. But he’s soon swept up in the bloody violence that plagues the country and its people. In the demo I played, Ajay makes his way through one of Min’s outposts to kill the area’s commander. This first section takes place amidst Himalayan peaks, with flurries of snow and slivers of rock accenting the crests and ridges. The developers at Ubisoft Montreal have gone to great lengths to capture the look and feel of the location and keep it as authentic as possible.

As the developers have explained, their goal is to stay out of a player’s way and allow everyone to approach Far Cry 4’s challenges in unique ways. From the obvious approaches, like guns blazing or stealth takedowns, to the more atypical tactics like using the local wildlife to do a player’s dirty work — all options are open.

I began, as I assume many players would, creeping between buildings and hiding behind rocks, tracking enemy patterns and marking soldiers with Ajay’s digital camera. Taking down a soldier from behind delivers the sort of satisfaction that only a stealth game can provide, with muffled grunts, gurgles, and a feeling of ninja transcendance. Ajay can also grapple up to building rooftops or snowy ledges to gain a height advantage, but be careful — when I tried this I was quickly spotted. Ninja transcendance vanished! 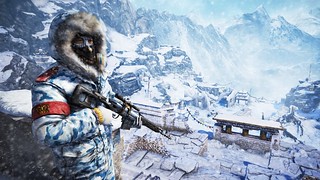 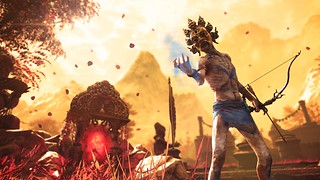 Combat in Far Cry 4 feels tight and punchy, with the bark of automated weapons and the echoing blast of shotguns keeping each engagement energized. Of course, in this remote outpost Ajay doesn’t have access to as many weapons and vehicles as he would in the wider open world, but this limitation is a welcome challenge and varies Far Cry 4’s pacing.

After a brief intermission, Ubisoft revealed the second part of the demonstration: Shangri-La. As Ajay, players will stumble across a set of tapestries spread throughout Kyrat. These tapestries thrust Ajay into the memories of an ancient warrior of Kyrat’s past, to purge evil from the fabled soil of Shangri-La.

These sections of play provide a complete shift in feel, color, tone, and style. While the Himalayan peaks are cold, blue, and harsh, the Shangri-La portions are strangely warm and organic. Red petals drift through the air, rich colors lend a mythical quality to the memories, and players are joined by an ally — a guardian tiger.

This tiger stalks your enemies autonomously, but players can also direct its actions with the press of a button. Outnumbered? Hide behind a rocky outcrop and let your predatory ally thin out enemy ranks. Players also have access to a powerful bow that can govern the flow of time, enabling them to line up difficult shots with a well-timed dollop of slow-mo. 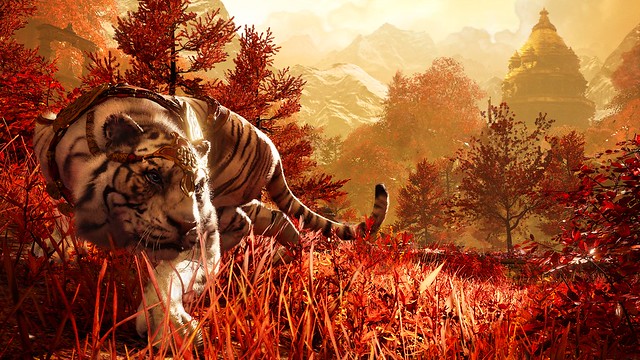 These slices of play represent just small drops in the larger ocean of Far Cry 4’s world. With vehicular combat, animal companions, and co-op combat, Far Cry 4 has much more to offer. And with the PlayStation exclusive Keys to Kyrat, players can invite friends into the open world, even if they don’t own a copy of the game.