Behind the Scenes of The Last Tinker: City of Colors 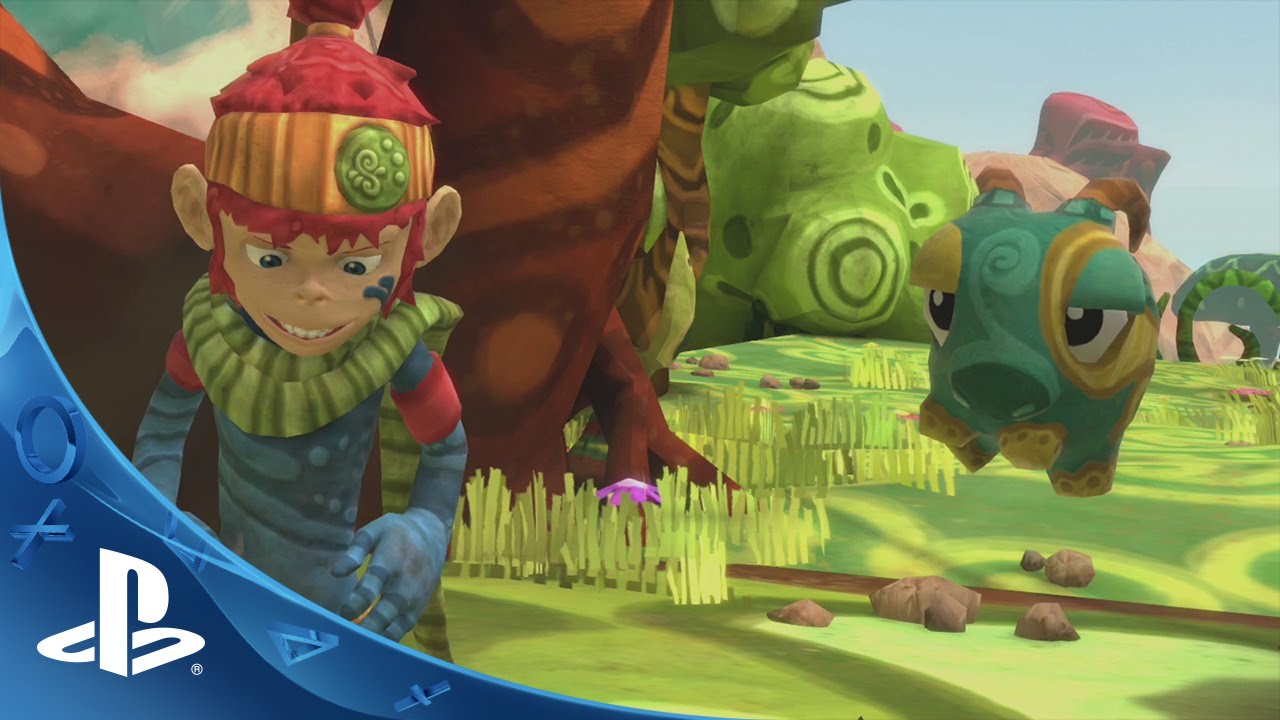 PlayStation’s embrace of indies is one of the most important developments in the gaming industry today. There are vast seas of awesome, innovative games that get made but then are completely overlooked and undiscovered – and PlayStation has neatly solved this. Thanks to PlayStation, you can actually develop a really cool and innovative game, knowing that if it’s well-made, it can be featured on the best damn gaming platform around.

And here at LOOT, we believe that The Last Tinker is something special. Judging from the vast majority of the comments our announcement post received last week, it looks like you guys feel the same way. Which is AWESOME. Do you know how good it feels when you announce a game and people are like, “I can’t wait to play this!” It feels like you just won a wrestling match with a grizzly bear inside a nuclear submarine and there’s Megan Fox and all of a sudden Morgan Freeman is narrating in the background. That’s how awesome it feels. So thank you guys for that.

As a result of your feedback, we’ve reached out to the original developers of the game – Mimimi Productions – for a small, tongue-in-cheek look behind the scenes of the game that we think really does represent the rebirth of 3D indie platformers – The Last Tinker: City of Colors.

Mimimi: Making clones is hard. We just wanted something simple, you know, like an eight-hour 3D action adventure. That seemed like something we could handle. :P

But in all honesty, you won’t believe the number of people who told us that we would just do mobile games for many years. It’s not like they didn’t have a point, by the way; but in the end, hard work and boatloads of luck enabled us to do something that we actually, honestly care about, which is what indie means for us. And that’s beyond awesome.

LOOT: Tell us lots of cool behind-the-scenes technical thingies about the creation of The Last Tinker.

Mimimi: For starters, we really had lots of fun doing the voice acting for the game. Those sounds our characters make when they talk? Almost all of them were made by core team members. Our cutest NPCs are voiced by our sound artist’s wife, and the main bad guy is actually his dog.

As you can imagine, the art department could really go bananas during development. For instance, one of our artists is a huge Dark Souls fan. If you are as well, then take a good look at Biggs; you might find his design strangely familiar. And what game about colors would be complete without Bob Ross? It may have started out as a joke, but in the end we actually put a Tinkerworld version of him in the game.

Naturally, our coders had their very own demons to battle. Having Koru free-running through Colortown sounded like a good idea, until we realized that with everything being round and organic; we had no edges to grab onto or define where Koru should jump. We still think it was well worth putting in the extra effort, though, since the parkour element of the game is so much fun. Strangely enough, what made it work in the end was changing a single variable from 0.04 to 0.03. This one little change turned the whole system from an unplayable mess to an almost perfect equivalent of what you find in the final game.

LOOT: Be honest – if you had eleventy-trillion dollars to spend, The Last Tinker would be a gritty first-person shooter designed specifically as a tech showcase. Right? Right?

Mimimi: The goal never was to make a super detailed, hyper-real game, but something where we could go all out, visually and creatively. We wanted to look at our game and say, “Wow, my eyes just caught fire, but it sure looks cool.” We grew up with games like The Last Tinker, and if we could transport the feeling we had back then into our game, that’s something we’d be proud of forever.

But seriously, with that much money, we probably would have fled the country and would now live on our own private islands. From where we would still develop the game, of course. By now it would have such vital features like space exploration (with the Bean-with-Bacon Megarocket), RED vs. GREEN vs. BLUE multiplayer, a guest appearance by Knight Solaire, a Sims-style Colortown life simulation, eight additional bosses and a cow level. Target release date: 2020.

LOOT: Okay, seriously. For people who like 3D platformers, what sets Tinker apart?

Mimimi: Color is your main weapon and your primary tool in The Last Tinker. Red color damages enemies for example, but also makes people angry. Green on the other hand makes everyone afraid. It makes for some pretty fun gameplay, especially if you have an NPC partner who is essentially a living bomb.

Parkour works differently than you would expect from a typical 3D platformer. It’s more accessible; you don’t have to readjust the camera all the time, and freerunning through Colortown feels like one big theme park ride.

Our story is lighthearted on the surface, but actually delivers a heartwarming message: namely, that you should appreciate differences instead of fighting them. It’s kind of a no-brainer, but with what seems like half the world at war right now, it can’t hurt to say it again and again.

The Last Tinker: City of Colors makes its PlayStation debut on August 19th. Come check it out next week! If you have any questions YOU want to pose to Mimimi or LOOT, let us know in the comments below, or get in touch with us on Twitter (@LOOTent and @MimimiProd) or Facebook (LOOT and Mimimi). See you in Colortown soon!