In just a few weeks’ time, on August 20th, you’ll be able to play Counterspy on PS4, PS3 and PS Vita. In case you’re not up to speed, it’s a larger-than-life spy caper from Dynamighty, a talented new studio with serious pedigree – its ranks include Lucasarts and Pixar alumni. Counterspy’s blend of stylish 2D side scrolling action and full 3D exploration makes for one of the most entertaining digital titles you’ll download all year. Not only that it’s also one the most stylish and visually interesting games on this year’s slate.

We sat down with Creative Director David Nottingham to find out how his small team have combined the game’s rich cocktail of influences into such an irresistibly idiosyncratic experience. Read on as David takes us through Dynamighty’s sources of inspiration, one-by-one…

“John [Elliot, Co-Founder] and I had worked together at Lucasarts. I was Project Lead and he was Tech Director for a big new IP. Alas, they did a strategic shift, new IP became too risky for them and it was shelved.

At the same time digital platforms had started to get big – the iPhone, Steam, PlayStation Network. All of a sudden there were games coming out made by small teams, and we found that super-inspiring.”

Determined to be part of that sea change, the pair asked Lucasarts to let them take their existing team and repurpose them into an experimental unit dedicated to new ideas and smaller projects, which they christened Labs. It released two games – the 2009 Monkey Island re-release and a puzzle platformer called Lucidity – before disbanding in 2010.

“We had learned a lot and were ready to build on that, but the company had a change of strategy from the top. Labs got closed down, and John and I decided to start Dynamighty.”

There was a real sense of style to those movies, and the music and graphic design of that era in general. The production design of Ken Adams was a big influence. He did a lot of the amazing sets that you see in those movies.”

“Bond is so big that it just hangs over everything. We didn’t want someone to go ‘Oh, it’s a Bond rip-off’ or even, ‘Oh, it’s Austin Powers’. So we stayed away from those things at first, and that initially made the project pretty dark in tone,” remembers David.

But we realized that as we developed the game that just didn’t fit what we wanted to make. We wanted the gameplay to feel playful and fun, and the world to be bright and vibrant.”

The turning point came during a chat between David and friend Susan O’Connor, a veteran video game writer who’s worked on the likes of BioShock, Tomb Raider and Far Cry 2.

“We were talking to her about the struggle we were having over its tone and she said, ‘Austin Powers is parody. You’re not making parody, you’re making satire’.

That single word opened up the space for us and we started looking at things like Dr Strangelove and Catch 22. And with satire, you can look at contemporary examples like The Colbert Show, but we were also informed by satirical shows we grew up with as children, such as Spitting Image, MAD magazine, even Monty Python. Once we allowed ourselves to see the world through this lens, it really liberated us.”

Obviously with the Bond influence you start with anything John Barry, but I then moved onto tracks like Le Blon by The City of Westminster String Band, Danube Incident – which Portishead famously sampled – from Lalo Schifrin, who is the master. Venice After Dark, was a huge influence and a track I shared with our composer Jesse Harlin when he was getting started.”

Want to hear David’s full Counterspy playlist? Check it out below.

“Jesse did an amazing job creating an original score that paid homage to all those great espionage theme scores. Jesse was someone else I had worked with before at LucasArts. We recently posted some of our original music on Soundcloud – you should check it out.”

“It’s a good way to make fun of him! We go, ‘Yeah, awesome Mark, looks just like that thing from The Incredibles,’ and he’ll get really mad because he doesn’t like to think that he’s recycling old work,’” says David.

“The main character designs look nothing like the characters from The Incredibles, but you can certainly see the influence. I think partly it’s that they also tapped into classic spy stuff on that film and looked at a lot of similar design cues.”

“When people ask for a shorthand description of Counterspy I generally reply, ‘Imagine The Incredibles with a bit of Bond mixed in and some Dr Strangelove sprinkled on top’”

“I’m not afraid of the comparisons,” he continues. “When people ask for a shorthand description of Counterspy I generally reply, ‘Imagine The Incredibles with a bit of Bond mixed in and some Dr Strangelove sprinkled on top’. Those are three big influences – and three amazing things to draw from. I love The Incredibles. We’re all huge fanboys.” 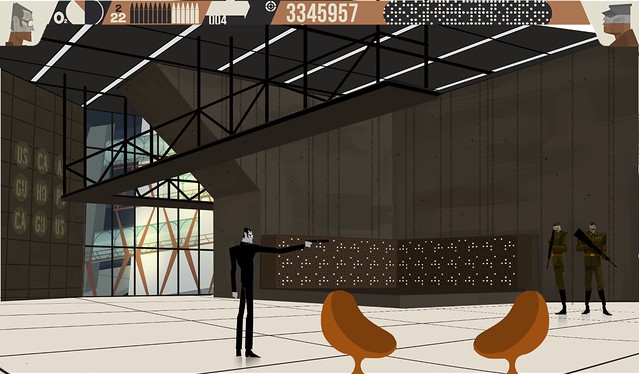 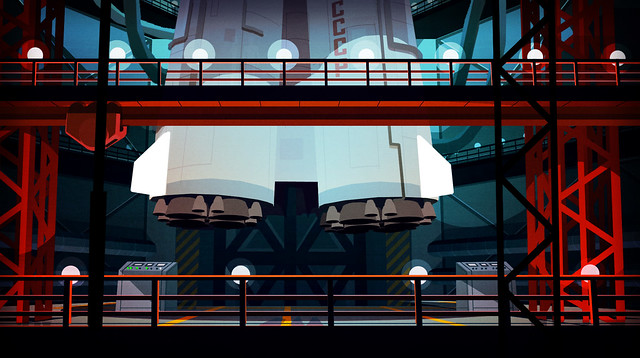 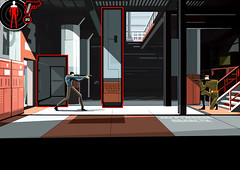 “Growing up in the Cold War definitely had an impact on what we wanted to say with the game,” David insists.

“It’s very much meant to be an enjoyable, fun game – we’re not heavy handed – but the Cold War was a pretty terrifying time to be a kid. You felt so helpless that you were at the mercy of these two belligerent superpowers. It made no sense as a child. So we wanted to take that and turn that up to 11.”

“In the classic Bond movies you have the villain with the crazy plot to destroy earth if the government doesn’t pay up. So we took that and flipped it so it’s the government trying to blow up the moon,” explains David.

“It is actually based on a real world plan to launch a nuclear strike on the moon.”

“And the government would never do something like that, right? But it is actually based on a real world plan to launch a nuclear strike on the moon that the US developed in the ‘50s. They were falling behind the Soviets in the space race and needed need to make a statement and reassert themselves. That was one of the plans they supposedly came up with!”

“As someone who grew up in the C64 and Spectrum era, there are certain games that I played that are burned into my brain for different reasons. One of them is a C64 game called Impossible Mission,” David recalls. 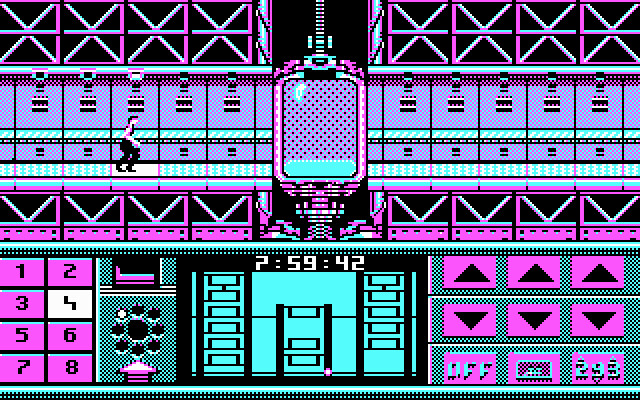 “I remember walking into a store and they had a C64 set up with a 14” color TV and Impossible Mission running. I went over and my jaw was on the floor – I couldn’t believe how realistic it looked. It’s always stayed with me, and you might be able to see a little bit of its influence in Counterspy.”

“Those were the first games I played that really transported me to a world that felt real and fleshed out. The visuals and audio were primitive but you filled in so much with your mind. I’d imagine that beyond a door in the background there was a whole other world I couldn’t quite reach. The reality was that it was just a graphical asset but in your head there was a world of possibility.” 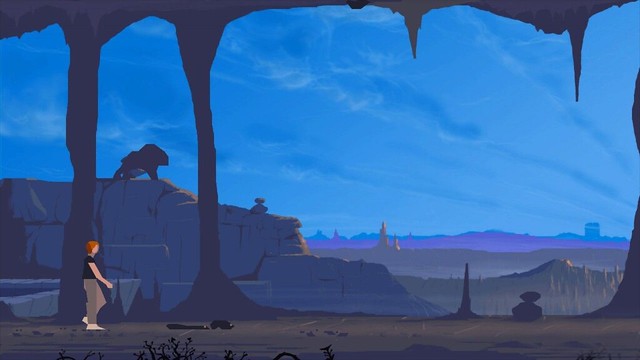 “I want players to feel like we‘ve created a full universe that feels real. We’ve got character bios for characters you’ll never actually see in the game. The main characters might seem fairly anonymised but we know exactly who they are. We’ve taken the time to fill these out so it feels like a real place with rules and logic.”

Not long to wait now until you get to find out. Check out the latest trailer below to whet your appetite.