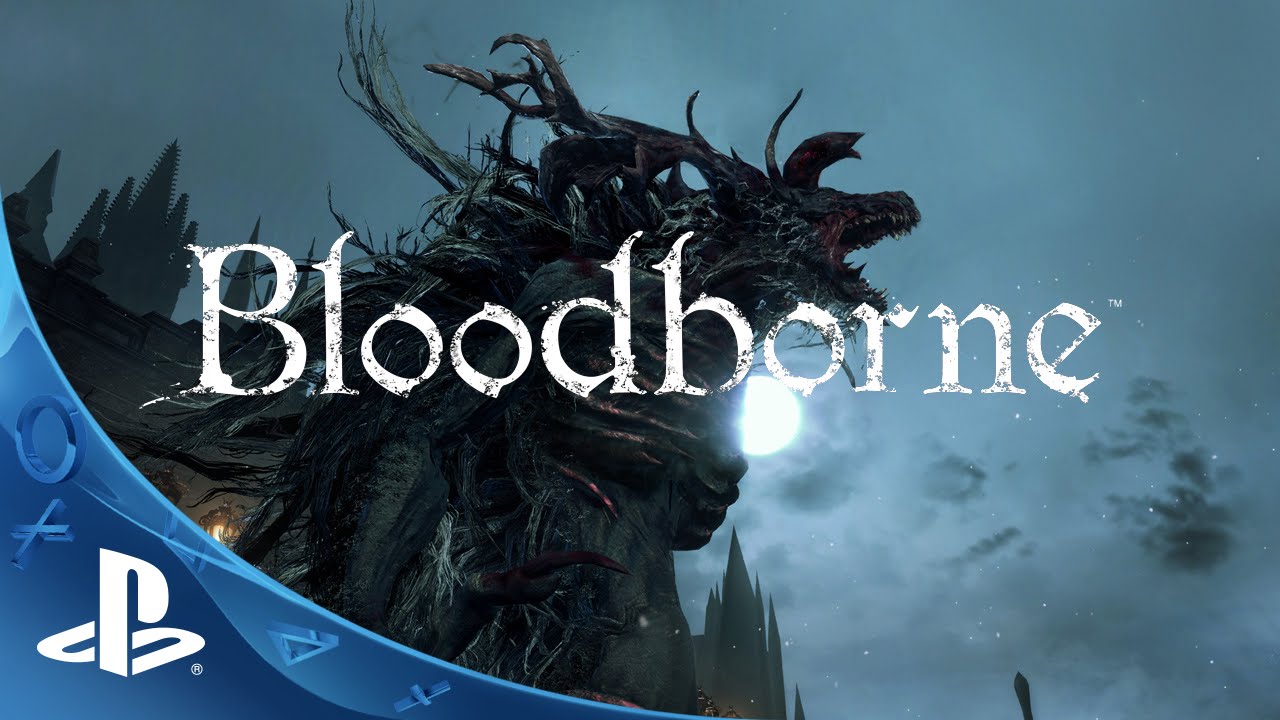 Hello, PlayStation fans. This is Masaaki Yamagiwa from Japan Studio. I am pleased to present our brand new gameplay trailer and some new gameplay details about the PlayStation 4 exclusive Bloodborne. This week is the first public hands-on with Bloodborne at the Gamescom show in Germany, so we have lots to talk about. The three new themes From Software is pursuing with Bloodborne are: fear and exploring the unknown, intense life-and-death battles, and new and unique online experiences.

A big part of the fun is exploring a mysterious new world. The creepy and sometimes horrific gothic world of Bloodborne will be brought to life on the PS4 in amazing detail through the beautiful yet somber architecture; attention to detail in the environment; gorgeous lighting from the light of the moon, lanterns and fires burning in the street; and a trusty torch to light your way through dark and dangerous spaces. Exploring the unknown can be a harrowing experience, especially in a game like Bloodborne where death and madness can be lurking around every corner. 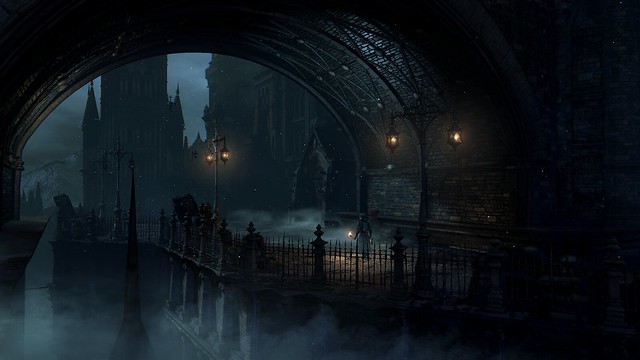 At E3 we introduced players the city of Yharnam, where Bloodborne starts out. Yharnam is an ancient city known for medical practices. However the story of Bloodborne will take you beyond the walls of Yharnam into new locations where greater dangers await. And along the way, you will find new weapons to have at your disposal to take on these threats.

Like with Demon’s Souls, there’s a lot of emphasis on achievement and reward, that sense of accomplishment from overcoming seemingly impossible challenges. With Bloodborne, the goal is to take that to the next level, which requires focusing on more than just a high difficulty level. To really build up that sense of achievement, not only are there new elements of fear, but we are adding new layers of edge-of-your-seat tension, where your palms sweat as you grip the controller.

At E3 we introduced Bloodborne’s evolved combat style, which requires more pro-active and offensive tactics. The weapons, like the transforming saw cleaver and blunderbuss shotgun, lend themselves to this different combat style, as does the quicker movement and dodging. Enemies in Bloodborne are quicker and more aggressive as well, and you’ll be facing more enemies at once than in the past. There are situations where if you sit back and wait for an opening, you’ll get overwhelmed. At times, you have to be on the offensive. But this is not a hack-and-slash game. Rest assured, Bloodborne is still an action RPG at its core, and combat is still very much about strategy and tactics. 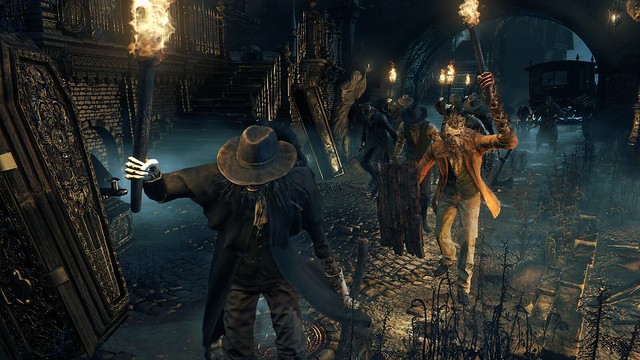 The new, more offensive combat actually goes much deeper, by way of our brand new Regain System, which rewards players for taking more risks and being more decisive and strategic. The Regain System allows players to recover health lost after taking damage by striking back at enemies within a short time period with a bladed weapon. Basically, The Regain system allows players a way to channel that negative energy they feel from taking a hit, and direct it back at the enemy to get revenge and steal back the health they lost.

The amount of health you can recover will be shown in yellow in the HP gauge, and it will get shorter over time if you hesitate to strike. You will still have to be smart and strategic with your strikes, as attacking indiscriminately could lead to taking more damage at the hands of the enemy. Now, the strategy and skill come into play in your offensive and counter-attack tactics, rather than waiting and timing defensive tactics just right. 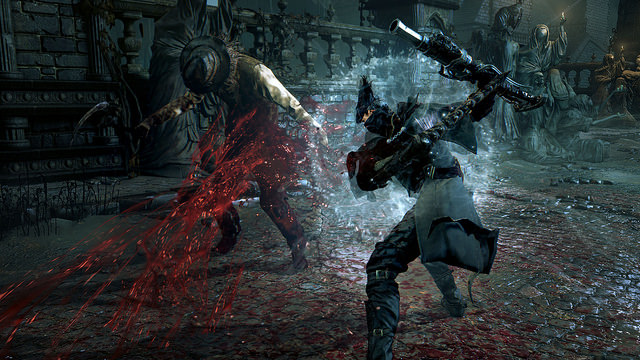 With Bloodborne we are also seeing an evolution in the weapon design. Set in a more modern 19th Century style gothic setting, you’ll have firearms like the blunderbuss shotgun at your disposal to drive back multiple enemies at a distance, and to do massive damage at close range. But the core of the combat will be the transforming blade weapons that decorate the screen with copious amounts of blood.

At E3 we introduced the first of these weapons, the saw cleaver. In its short form, it is perfect for quick successive attacks at close range. By transforming it into its long form, you’ll be able to deal larger amounts of damage with more powerful long-range strikes. However, these longer reaching strikes take longer to swing, so you will be vulnerable to attack during the wind-up. What’s more, you can transform the blade mid-combo and that transformation of the blade itself becomes a unique attack (check this out in action in the trailer).

There will be many more weapons to master, including a massive transforming axe as seen in the playable demo at Gamescom this week which can be used one-handed or in both hands, and another weapon seen in the new trailer. 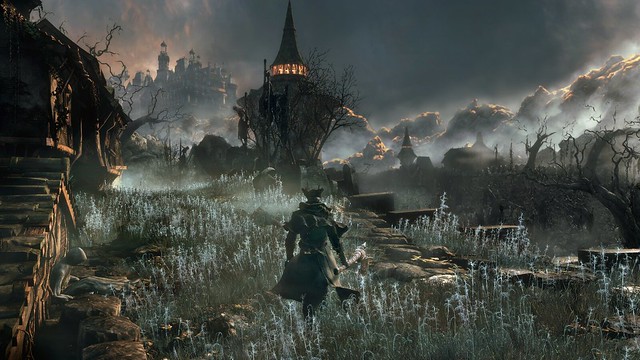 We’ll be ready to talk about the online features in Bloodborne later this year, so stay tuned to the PlayStation Blog for more information.

I can’t wait to share more about this game and see everyone’s reactions!