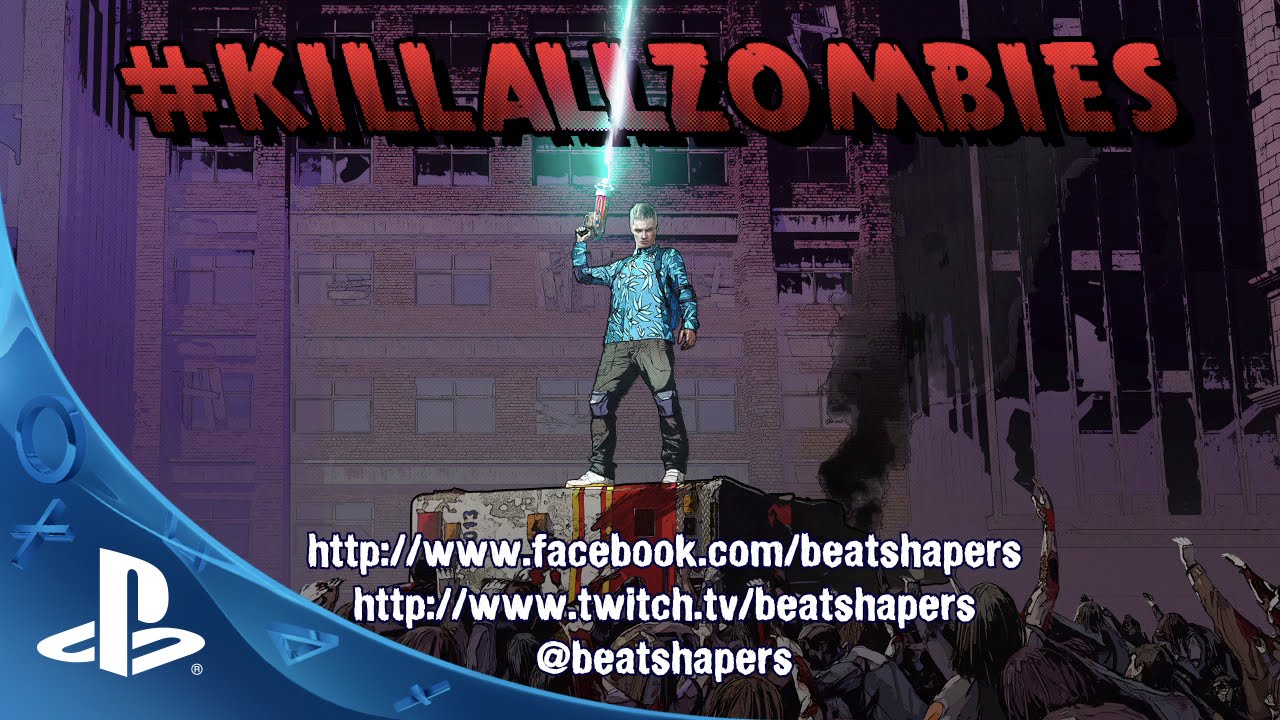 In the distant future, #killallzombies is thrusting civilians into a sport of survival where a ravenous zombie population is unleashed in the name of sports entertainment, with television spectators voting upon how many zombies they want to uncage to make survival all the more difficult for you to accomplish — with the potential of a collective horde of more than 1,000 zombies.

The arena is comprised of hundreds of hexagonal tiles that are capable of totally changing the dynamics of the gameplay by altering the landscape. For example, spawning new obstacles, such as various cars and knives and others; hexagons that cave in on themselves to create dangerous traps; hexagons that rise from the ground to create a blockade that may keep some zombies out, but also keep the player in. And there are many more ever-changing gameplay dynamics.

Social interactivity is a hugely important feature for #killallzombies as we want to deliver the most engaging, socially interactive and fun game in the third-person shooter genre. A central attribute to the social interactivity is involving stream viewers into core gameplay elements via chat and voting mechanics, which allows for people to not only spectate, but also participate during a player’s live broadcasting of #killallzombies via PS4 and Twitch. 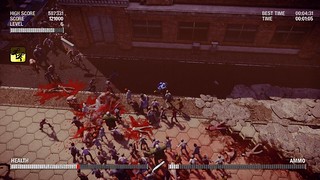 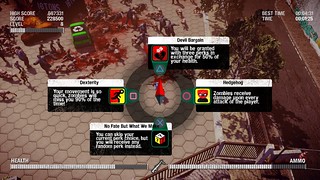 There are three ways that spectators can affect the game for the broadcaster:

For the most evil of spectators, there’s the opportunity to deliberately change the camera angle to a less effective perspective and reverse the entire control scheme, and much more! To avoid spam, some commands have their own cool down mechanic. Some of them can be triggered with different keyword commands with some lasting until the session ends. There will also be plenty of hidden commands that you will have to figure out for yourself along the way during gameplay, and we’ll be posting special announcements online. 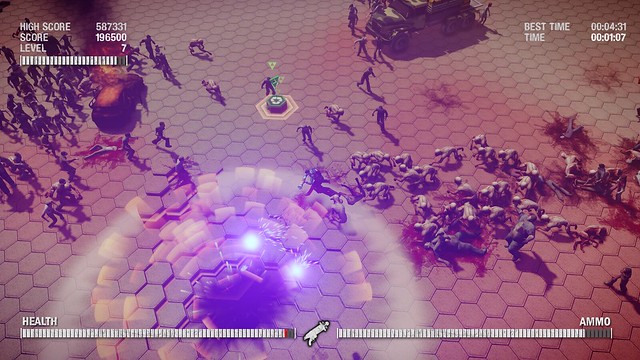 There’s plenty of weaponry available at launch, like the Beretta, Revolver, Sawed-off shotgun, M-16, M-60 and a futuristic X-Bow and Plasma Gun, alongside various bullet types including normal bullets, armor-piercing rounds (that are capable of shooting directly through zombies), and freezing bullets.

The control scheme consists of your typical twin-stick shooter with the left analog stick moving the character and the right analog stick shooting in the appropriate direction. The player will fight through various categories of zombies, such as slow, fast, jumping, gigantic, and enraged bosses.

Killing significant quantities of zombies will earn XP, which will eventually enable the player to level up, which is a very important process as it provides the player with a choice of perks that will be incredibly helpful in surviving the hordes of zombies.

The perks have a tremendous power to each of them that can shift the balance of power from the hordes of zombies surrounding you to the player, as the perks range from invisibility to insta-death, which sensationally leaves absolutely every zombie in a crumpled heap on the ground.

Will you have the survival instincts to endure the Arena?