Today sees the arrival of The Terminal and Stormgracht, two freely downloadable multiplayer maps for Killzone Shadow Fall. The Terminal is situated inside the Wall on the New Helghan side while Stormgracht is set in the toxic industrial area of the planet.

Set inside the vast partition wall on the New Helghan side of No Man’s Land, The Terminal is not the kind of station you would ever wish to find yourself in. Part defense facility, part prison complex, this foreboding place is linked by a series of rail systems, through which the trains run relentlessly at breakneck speed. 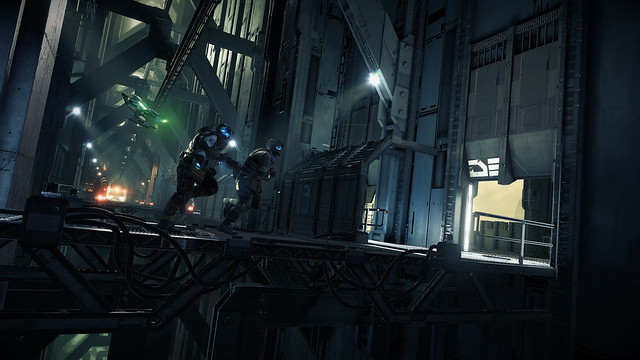 On one side of the station lies the armory control center, from where the entire station’s defenses are monitored. Nearby, huge automated AA guns watch constantly over the bridge that leads to the Vektan side of the city.

On the other, a series of grim and foreboding holding cells await the unfortunate detainees who arrive at the outside platform. Here, their goods and personal effects are stripped from them and dumped carelessly before they are either imprisoned or taken for further “questioning”. 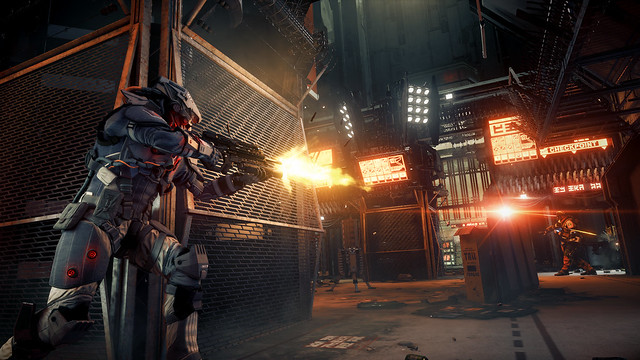 With numerous platforms and floors to explore, this level will really test players’ navigational skills. Watch out for the precarious routes that line the train tracks themselves – these narrow ladders and staircases may be the key to your success or failure.

Above and beyond all, beware the trains… nothing that lays in their path will withstand their vicious velocity.

Carving its way through the toxic industrial area of New Helghan, the Stormgracht is a maze of broken and discarded junk that the floodwaters have washed down over the years.

Dominating the main central channel, the ancient spillway gates hold back a vast manmade reservoir, and can still be opened in order to flush the Stormgracht. The raging torrent that ensues will destroy anything and everyone in its path, unless safe ground can be reached either above water level or inside the Gracht’s walls. 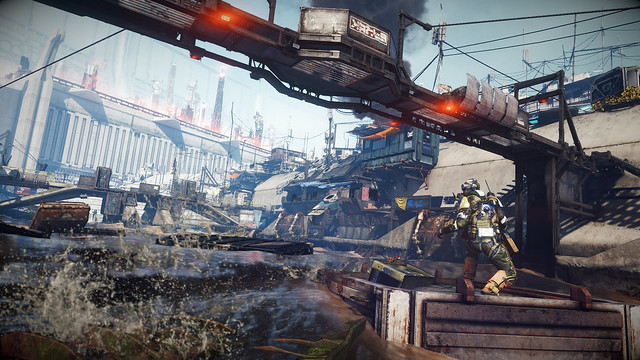 On one side of the Gracht the interior space houses a network of antiquated treatment systems, which can still be seen churning away beneath the walkways. The wall on the other side of the channel has become so silted-up that it can no longer be used, and it is here that exiled citizens from Vekta City have retreated, desperate to escape the oppression of New Helghan rule. In these vile conditions they barely manage to eke out an existence, but have nonetheless managed to transform their surroundings into a shanty town where they may shelter.

Spaces within the walls are cramped, but multiple routes devised from tunnels and pipes provide plenty of opportunity for players to move stealthily throughout all the interior areas. In stark contrast, the central channel itself is largely exposed, and those players willing to take the risk will find plenty of great spots for sniping. However, the deliberate lack of cover means that they may in turn leave themselves vulnerable. 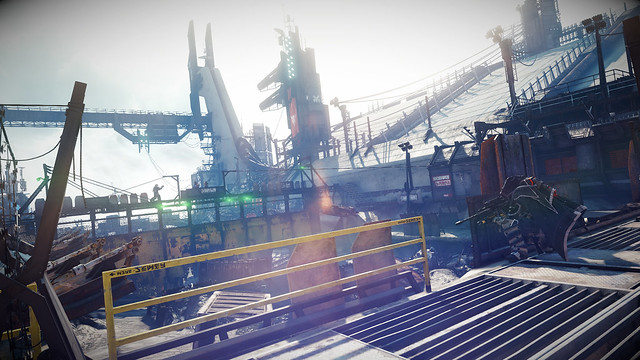 The Stormgracht will challenge player’s tactical abilities to the extreme, as the gameplay continually shifts with every opening of the floodgates. We hope you remembered your bathing suit.

We’re excited to hear what you think of these additions to Killzone Shadow Fall’s expanding multiplayer map lineup. Try them out and let us know what you think in the comments below!