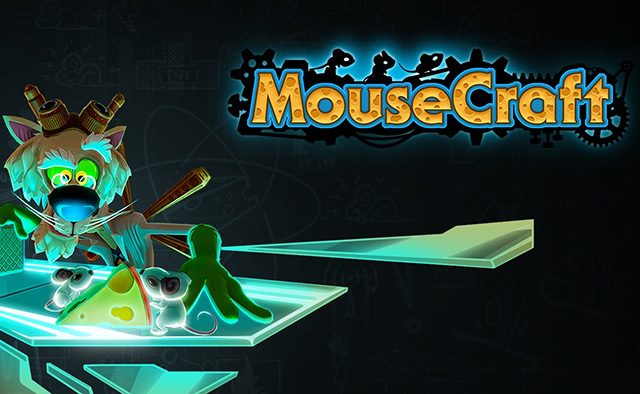 We’re very happy to announce that MouseCraft is available today on PlayStation Store for PS4, PS3, and PS Vita. We’re proud to see our game launched on PlayStation as a console exclusive, and we hope that everyone enjoys playing.

It seems like a long time ago when we formed our studio, Crunching Koalas, and began working on MouseCraft. Way back when we started we decided to focus on a specific type of game that we called “Crossover Games” — games that can appeal to indie, casual, and core gamers all at once. That’s a simple idea on paper, but much harder to achieve in a game. We’ve tried our best to make MouseCraft a crossover game that can be enjoyed by everyone.

To do this, we’ve focused on making a puzzle game with simple mechanics explainable in one sentence (drop blocks to help the mice get to the cheese), but difficult to master. We’ve made the difficulty depend on the player making good decisions, not manual skills, and we worked to reward players that go above and beyond in terms of item collecting and puzzle solving, without punishing those who simply want to play through at their own pace.

Once again though, all of that stuff is easy to talk about, but making an entire game is an entirely different matter. Somewhere early in development, we decided that our favourite puzzle games were nearly all retro games, and in trying to work out what make those games so popular, we hit upon the idea of combining elements from two of the most popular puzzle games to create something completely new, and MouseCraft was born.

An important part of a crossover game for us is making an art style that’s fun and simple but detailed enough to appeal to everyone. As you can see, we went through a lot of different test designs and prototypes before we settled on the one in the final game:

Even when we settled on the final design, we were still constantly tweaking the mechanics and style to improve immersion. We added things like replacing brick buttons with brick models that hang along a rail and letting players move between levels without a transition or loading screen. These are small changes, but we think they make a massive difference to how the game feels.

It’s a cliché, but we hope people enjoy playing MouseCraft as much we enjoyed making it. If you have any questions about the game, please leave them in the comments!