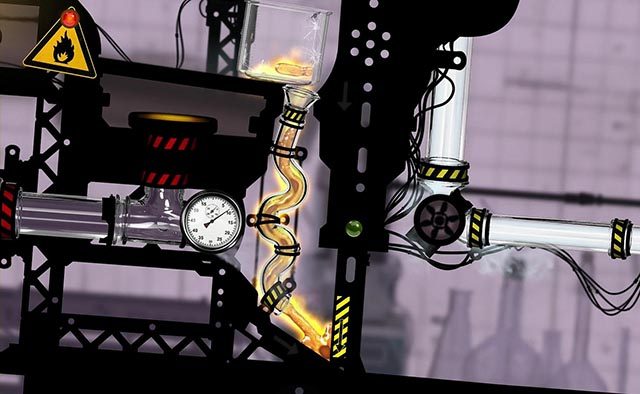 Hello everyone! We’re glad to announce that Puddle launches today on PlayStation 4 via PS Store. And it will be launched with PS Vita cross-buy!

Started as a student project, and going on to be a finalist at IGF, Puddle has had a long journey on its way to PS4. For those who may not know it, Puddle is a liquid-physics based platformer, in which you have to reach the end of a level with the greatest amount of liquid and as fast as possible.

Puddle features 49 remastered levels in a wide range of environments. It’s also got two difficulty modes, so you can enjoy Puddle even if you’re not a hardcore player.

With DualShock 4, you can either play with the R2 and L2 buttons, the controller’s built-in motion sensors, or the touchpad! Additionally, the controller’s Light Bar will change as you progress through the different worlds of Puddle.

You can get Puddle for $7.99 , which will net you both the PS4 and PS Vita versions of the game. If you have already bought the game on Vita, it will be made accessible for PS4 at launch. We hope you’ll enjoy Puddle on PS4!